Jolovan Wham, 39, a social worker and activist, is being investigated by the Singapore police again.

He allegedly protested outside the State Courts without a valid permit.

A photo was posted on social media on Dec. 13 that showed Wham standing outside the court holding a piece of paper that read: "Drop the charges against Terry Xu and Daniel De Costa."

That day, Terry Xu, the editor of The Online Citizen, and Daniel De Costa, a contributor to the site, were charged for publishing an article that accused the Singapore government's higher officers of corruption.

What was Wham's plan?

Police revealed on Saturday, March 2 that Wham had written to them earlier in November 2018.

He wanted to apply for a permit to stage a protest outside the State Courts.

His application was not approved.

What is the police's response?

The police said in response to Channel News Asia queries:

"The State Courts is gazetted as a Prohibited Area under the Public Order Act, with stricter security protocols."

"He was well aware that a police permit was required for such an event. Still, he went ahead to protest outside the State Courts on Dec. 13, 2018."

"There are avenues for Singaporeans to express their views on issues that concern them. The Speakers’ Corner was set up in 2000 to allow Singaporeans to conduct public assemblies without the need for a permit, subject to certain conditions being met."

What was Wham's response?

After being questioned by the police, Wham sounded hungry:

The police characterised this State Courts protest as "a pattern of Wham's wilful disregard for Singapore's laws".

What were Wham's three previous brushes with the law in one year?

Wham has chalked up prior public order-related offences.

He was found guilty for organising a November 2016 event that featured a live speech by Hong Kong activist Joshua Wong Chi-Fung, which was narrowcasted via the Internet.

The event was titled, "Civil Disobedience and Social Movements". 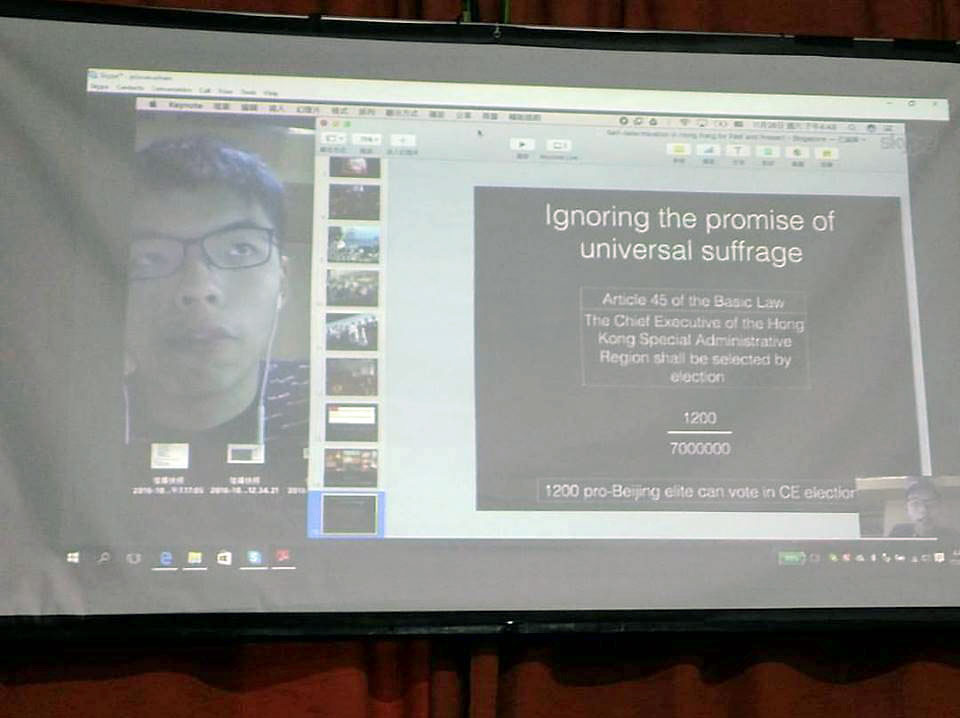 Wham then chose to go to jail for 16 days in default, instead of paying the S$3,200 fine when he was sentenced on Feb. 21 for organising the public assembly without a permit.

In June 2017, Wham also organised a "silent protest" on an MRT train and pasted two A4-sized sheets on the window. 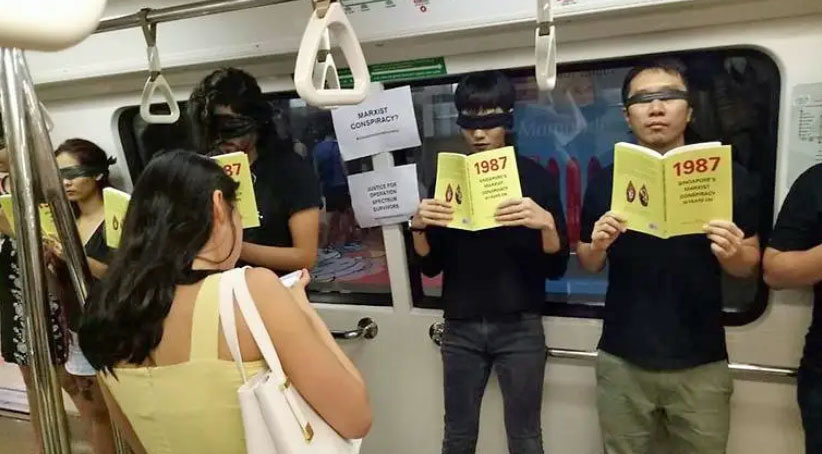 In July the same year, he held a vigil outside Changi Prison Complex without applying for the requisite permit and asked the public on Facebook to participate. Wham also refused to sign statements to the police, which is required by law.

He said he refused to sign it as a matter of principle as he was not given a copy.

Wham has posted two Facebook posts in response to news of his arrest.

He has disputed the characterisation of his arrest by the police: