An Australian senator has provoked widespread outrage after he blamed the mosque shootings in New Zealand on immigration of Muslims into the country.

Immigration of Muslims into the country to blame

Fraser Anning, a senator in Queensland, described the terror attacks as "vigilantism" and claimed that immigration of Muslims was to blame for the atrocity.

"I am utterly opposed to any form of violence within our community, and I totally condemn the actions of the gunman," he wrote.

"However, whilst this kind of violent vigilantism can never be justified, what it highlights is the growing fear within our community, both in Australia and New Zealand, of the increasing Muslim presence."

Does anyone still dispute the link between Muslim immigration and violence?

This is his full statement: 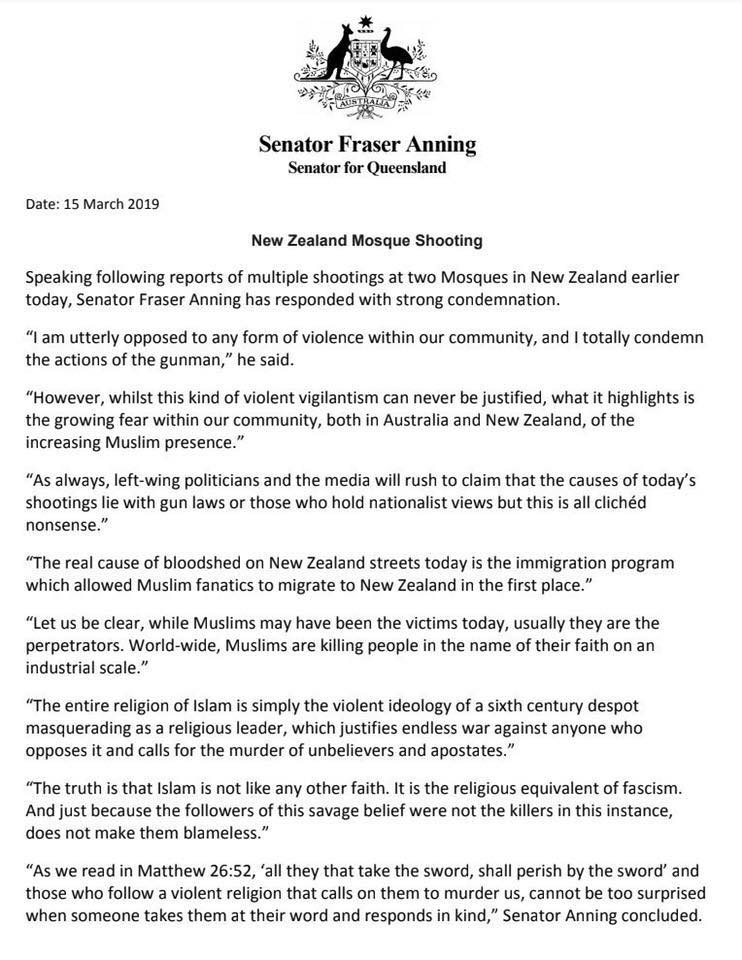 Anning was roundly criticised by Australians and New Zealanders.

The remarks by Senator Fraser Anning blaming the murderous attacks by a violent, right-wing, extremist terrorist in New Zealand on immigration are disgusting. Those views have no place in Australia, let alone the Australian Parliament.

Fraser Anning’s comments today are contemptible. He is a disgrace to the Senate and what is worse by spreading hatred and turning Australians against each other he is doing exactly what the terrorists want.

One other person tweeted: "Maggots like Fraser Anning are directly responsible for this violence."

"They give platforms to racists, white-supremacists. They embolden and encourage these overwhelmingly right-wing, white men."

"They all share the same dream, a white ethnostate."

An online petition calling for Anning to be removed from parliament has received about 60,000 signatures in six hours: 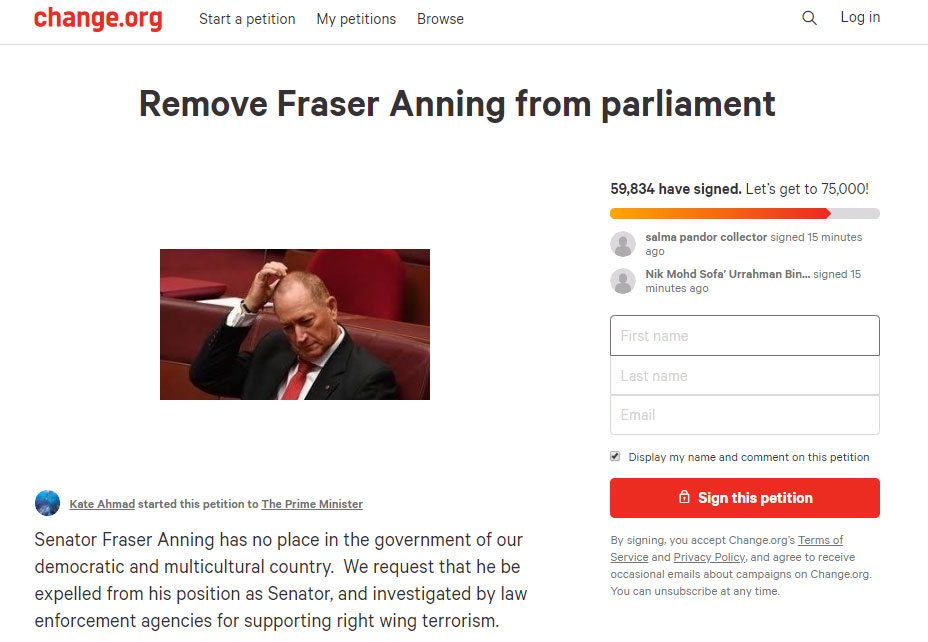 Anning was previously criticised for his perceived racism, including using the phrase "final solution" as part of his proposals on immigration.

The phrase "final solution" is most often known as a euphemism used by the Nazis through the Holocaust during the Second World War.