Fans of One Piece, here's something for you.

Skechers Singapore has put up a teaser on Facebook regarding the release of its One Piece Collection in March 2019.

In particular, the colour of the shoes -- white, red, black and yellow -- is inspired by the key character Monkey D. Luffy. 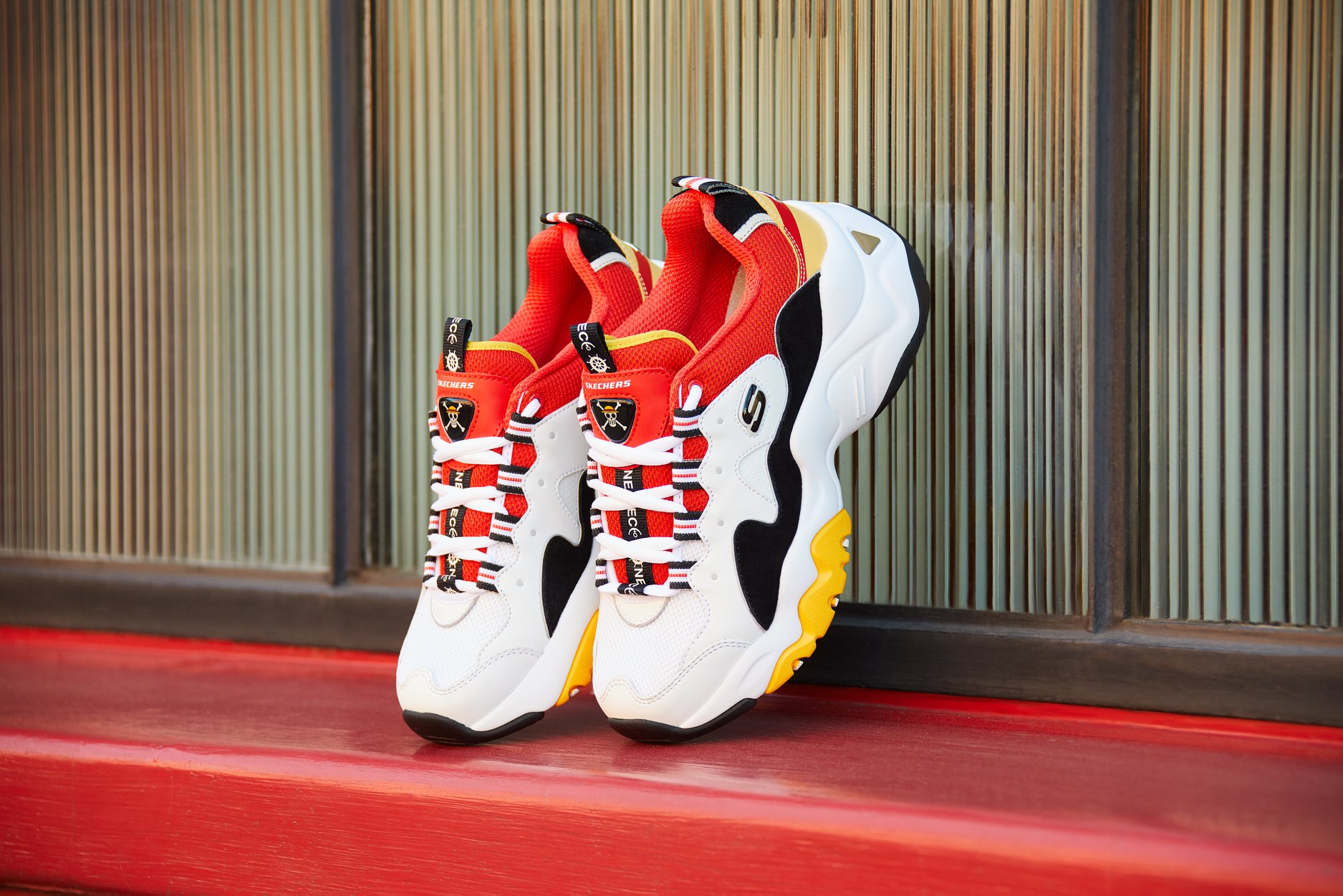 Besides this pair, there will also be an exclusive giveaway of One Piece tote bags and caps with any purchase of the shoes at any Skechers outlet.

While the actual date of release has yet been announced, here's a sneak peek at what's in store.

The above photo shared by Skechers Singapore is supposedly one of the designs available for the upcoming One Piece D'Lites 3, which is already on sale overseas.

Each shoe has the pirate symbol of its character on the tongue with the One Piece logo design on the fabric stripe.

Character art will also be printed on the insole.

The colours of the shoes are inspired by seven One Piece characters.

While the colours of shoes to be made available in Singapore and the price have not yet been revealed, here are some close-up shots of the shoes.

Hope these come to Singapore soon.