Singapore Civil Defence Force (SCDF) has come up with some rather dank memes in the past.

They've started off the new year in quite the form, with a message that plays on the most viral topic in Singapore at the moment. 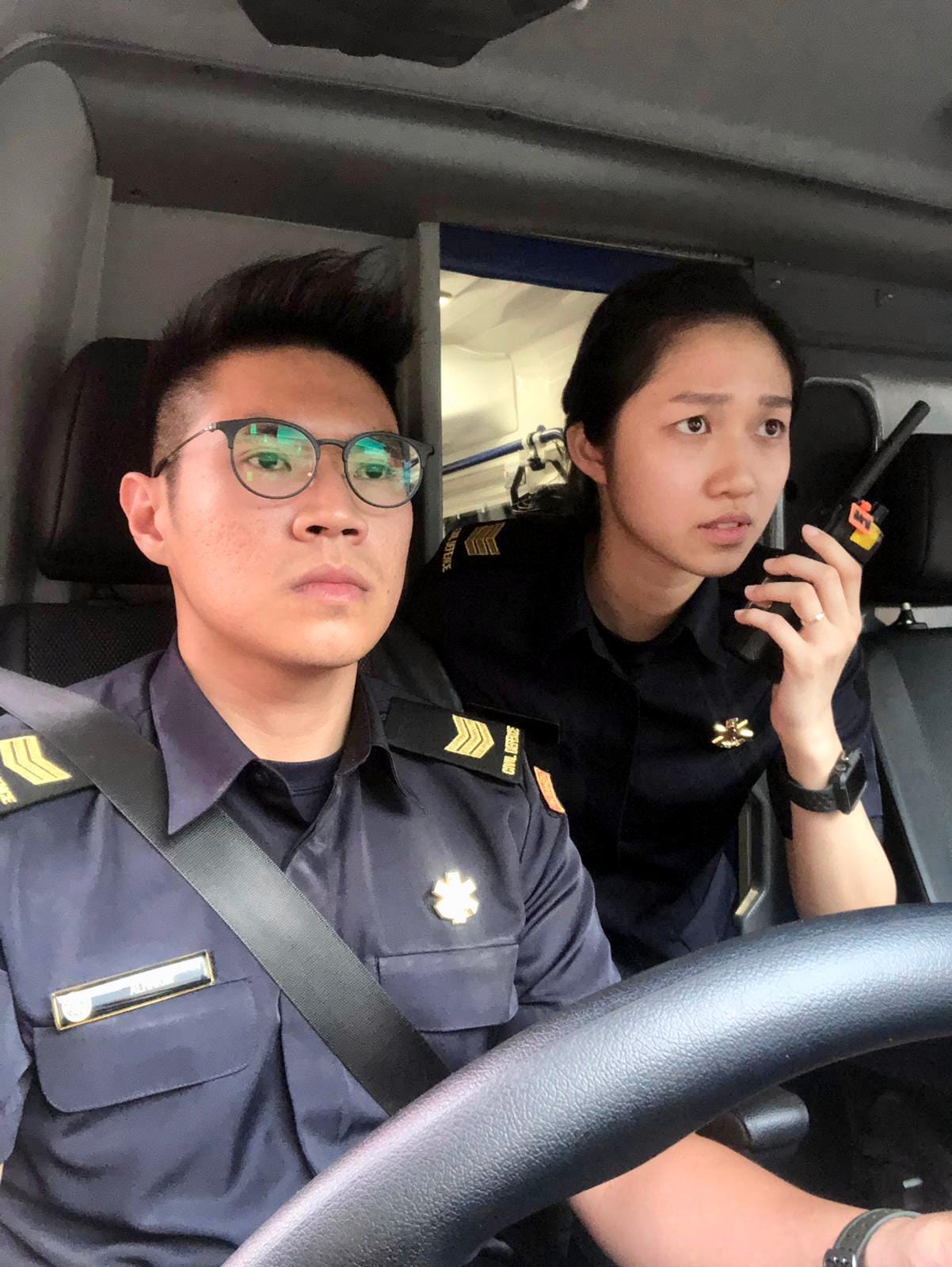 The picture shows a bespectacled man, passively looking forward as a lady is behind talking to someone, perhaps a emergency call, perhaps a fake Go-Jek representative.

It is accompanied by this caption.

"It doesn't matter who you are, we will convey you to the hospital but only in an emergency.

For non-emergencies, please call 1777 or seek alternative transportation (such as taxis, Grab or Gojek) for appropriate medical treatment.

*Psst, our ambulance doors auto-lock for your own safety. So do not be unnecessarily alarmed. Please!

Take note of the little auto-lock comment, and the altered hashtag, which would usually read A Nation of Life Savers, clever.

According to SCDF, each year, about 10 percent of 995 calls are non-emergencies.

Which is terrible, because an actual emergency call might be delayed while attending to a non-emergency one.

"Each year, about 10% of 995 calls are non-emergencies such as constipation, coughs and skin rashes. When an ambulance attends to a non-emergency case, someone who may be experiencing a severe condition, such as cardiac arrest, would be deprived of the much needed medical intervention by the EMS crew.

SCDF will not be responding to non-emergency calls. Callers will be advised to seek treatment at nearby clinics and for those who insist on going a hospital, they would be advised to make their own arrangement or call 1777 for a non-emergency ambulance."

Call 1777, or take alternative transport instead.

For other SCDF memes