On January 26, people in Singapore reported power outages in the north at around 1.30pm.

The affected areas reported were Bishan, Ang Mo Kio and Toa Payoh. Users reported that the power was quickly restored. 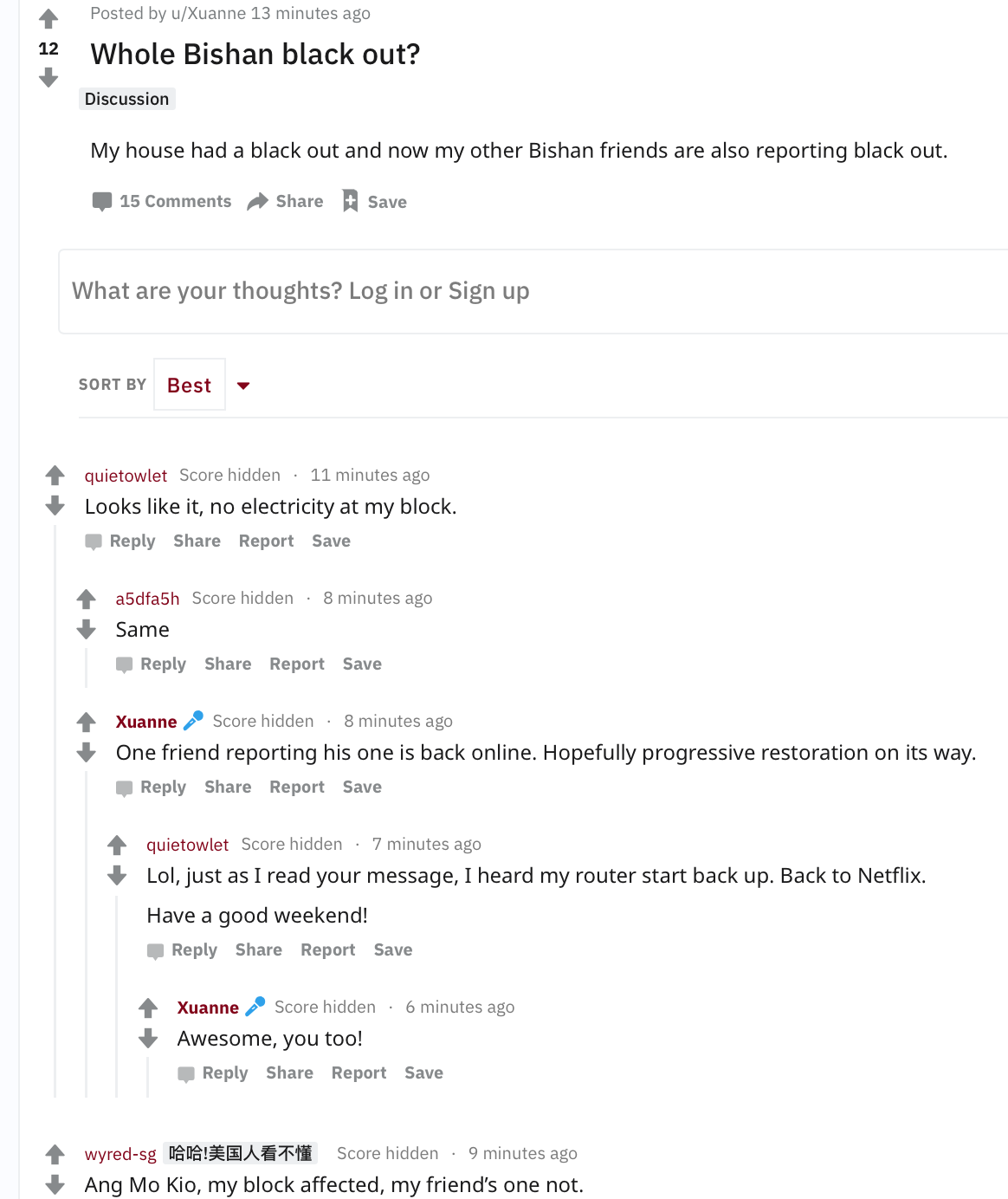 According to Channel NewsAsia, traffic lights at Sin Ming Avenue were down.

Multiple users also said that they were unable to reach the emergency power hotline:

A Mothership reader provided these photos of the black out at Thomson Plaza:

According to the Singapore Power Group, their officers were immediately activated and they are currently investigating the cause of the incident.

Top images by a Mothership reader.