The Standard Chartered Singapore Marathon (SCSM) held on early Sunday morning, Dec. 9, attracted some 30,000 participants to pound the streets in the downtown area.

As runners huffed and puffed their way through the full 42.195km marathon length, an otter family of a dozen members ran the entire width of the race -- which was about five metres.

The video was taken by Lim Weixiang, a photographer who was at the event.

The otters showed up at Gardens by the Bay at about 7.30am, as the sun had just risen and joined in the lung burner of an event, crossing paths with real competitive runners and weekend warriors in this oxygen-sucking competition.

Their presence was marked by their squeaking, as if to inform fellow race participants that they were coming through with their brood of otter pups in tow.

An otter watcher could be seen ushering the human runners and their animal kingdom counterparts around one another, which otterwise might have caused a minor cross-species skirmish.

The red line marks the area the otter completed the entire width of the marathon race: 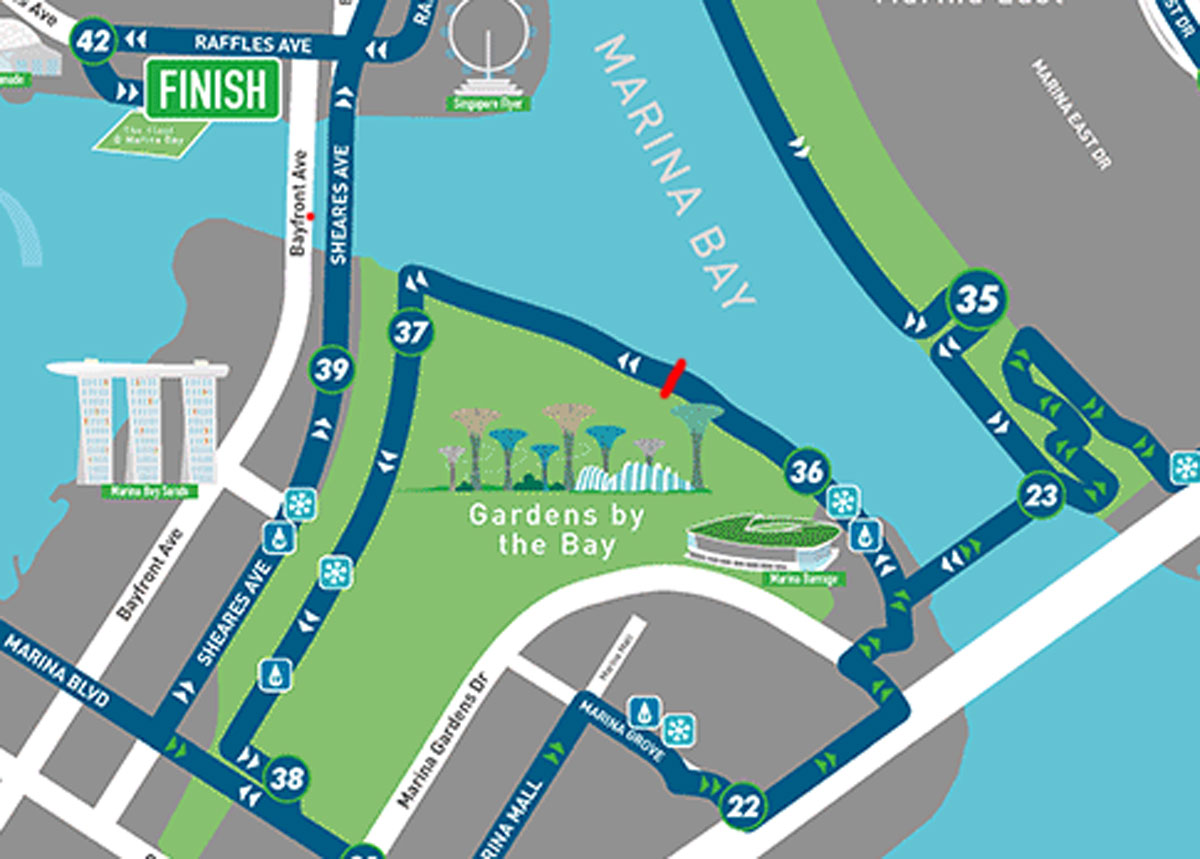 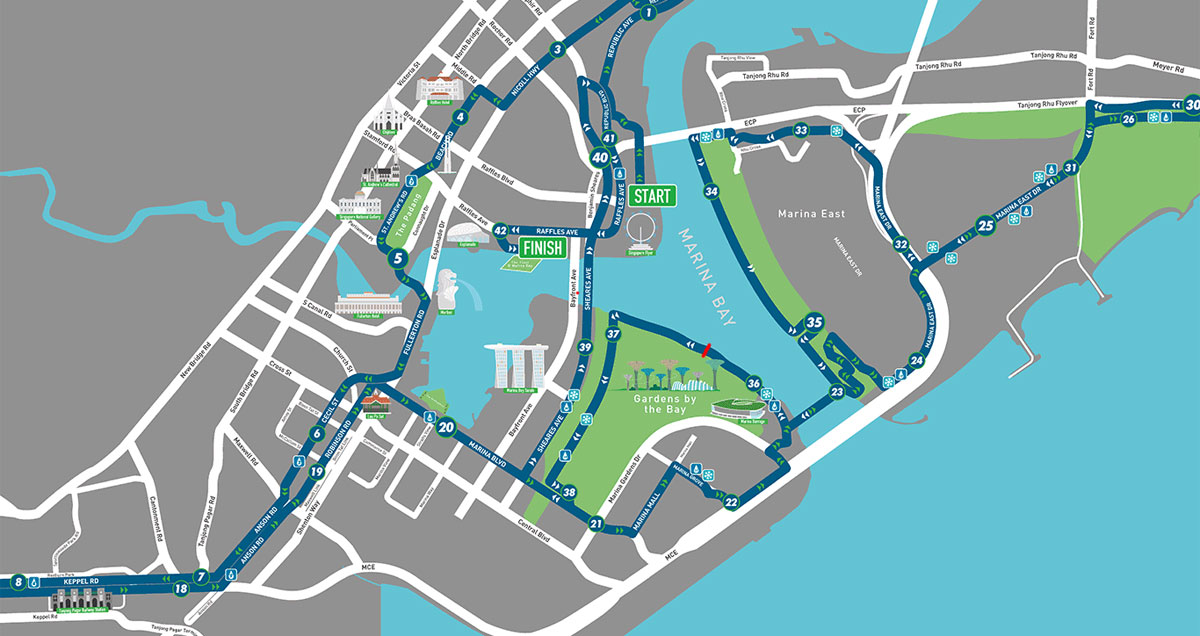 This year’s course took runners from the F1 Pit Building through the Central Business District to places such as West Coast Highway, Marina Barrage and East Coast Park before ending at The Float @ Marina Bay.

The Kenyans once again swept both the men’s and women’s elite categories for the fourth straight edition.