Go-Jek recently launched its beta app in Singapore and made it available for download since Nov. 29, 2018.

And it seems that Go-Jek's app was built by leveraging on Grab -- more specifically, Grab's map operations team.

A tip-off was sent to Mothership.sg to point out that Go-Jek's map contains pick-up points that are very similar to Grab's map.

This means either Go-Jek's team manually copied all of Grab's pick up points onto their own map or they wrote a code to pull out the map data from Grab's app.

However, in their app, you can find taxi pick-up points.

PHVs are not allowed to pick up riders from taxi stands, according to the Land Transport Authority (LTA).

So, the inclusion of pick-up points at a taxi stand can mean: 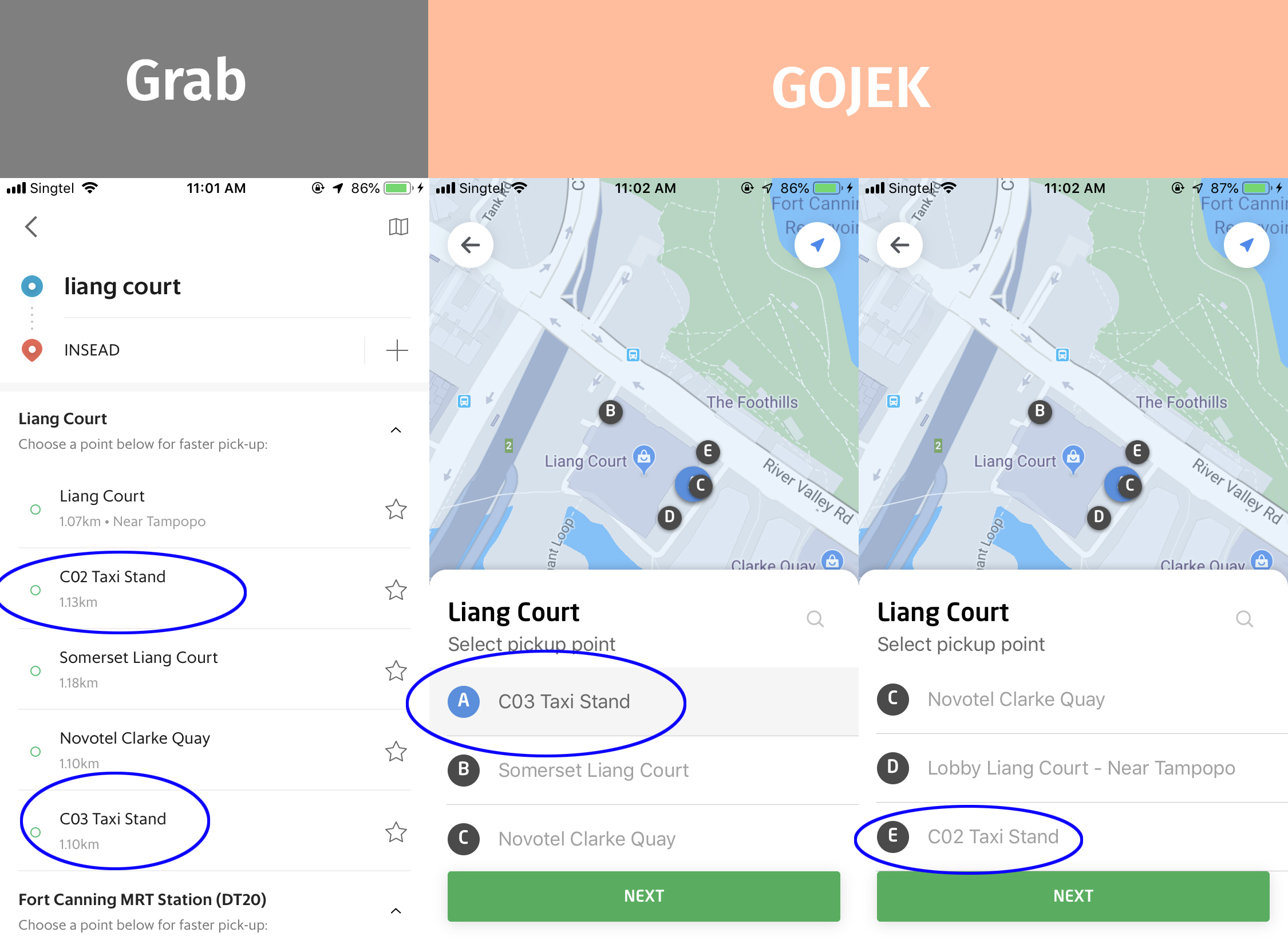 Pick up points created by Grab

Then there are pick-up points which Grab specifically created over time based on feedback from riders and clients.

For example, if you were to book a Grab ride from Singapore General Hospital's Block 5, you will be presented with two pick-up points: "Blk 5", and "SDA Centre, Blk 5, Level 1".

According to Grab, the latter is a pick-up point specially created by Grab after SGH (one of Grab's corporate clients) requested for it.

The hospital asked for a pick-up point to be labelled "SDA Centre, Blk 5, Level 1" so that its patients will have an easier time identifying the building. 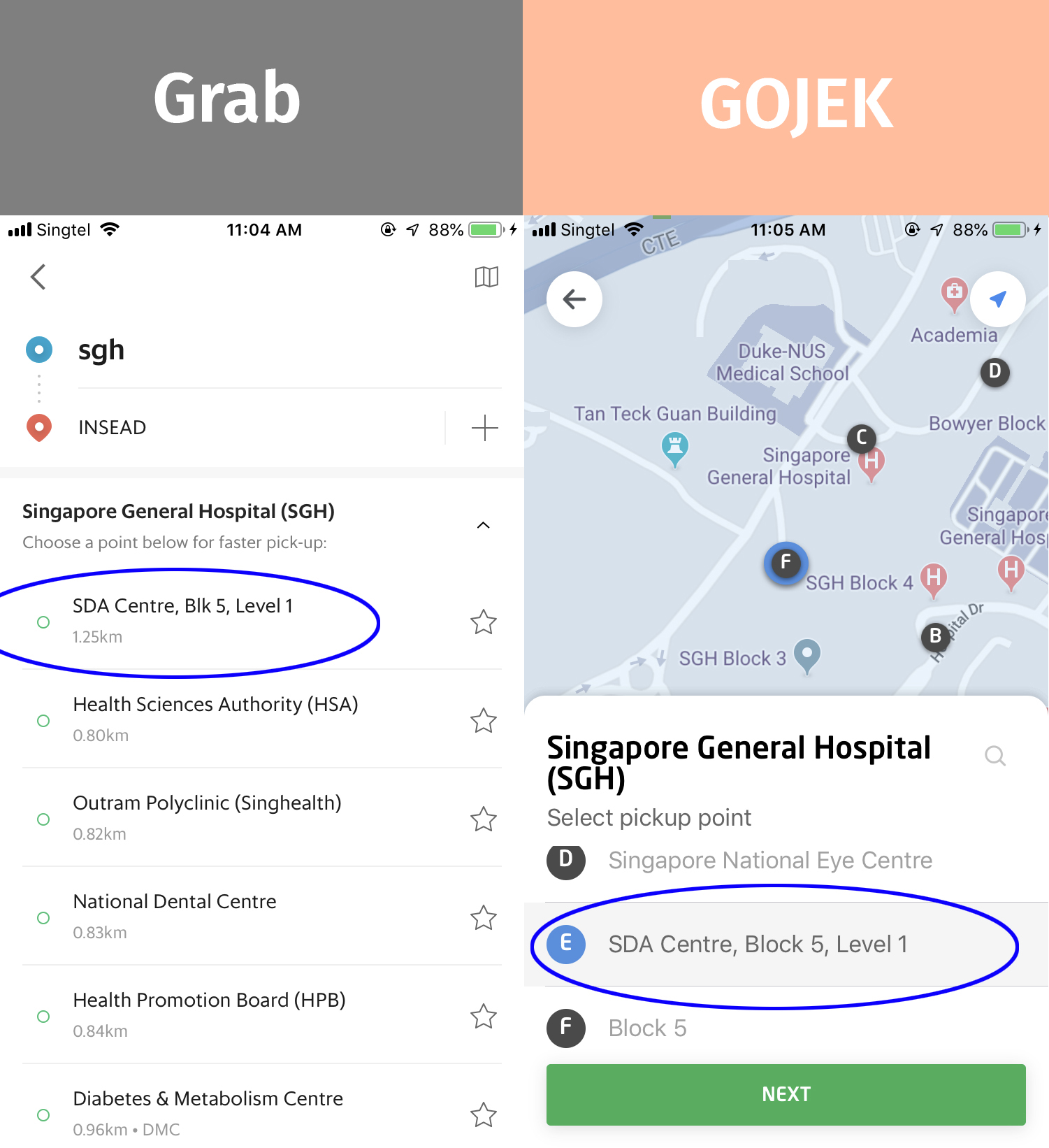 Grab said in response to queries that this point was created after a rider wrote in to Grab saying that he could not key in his pick-up location along that road, which has no road name. 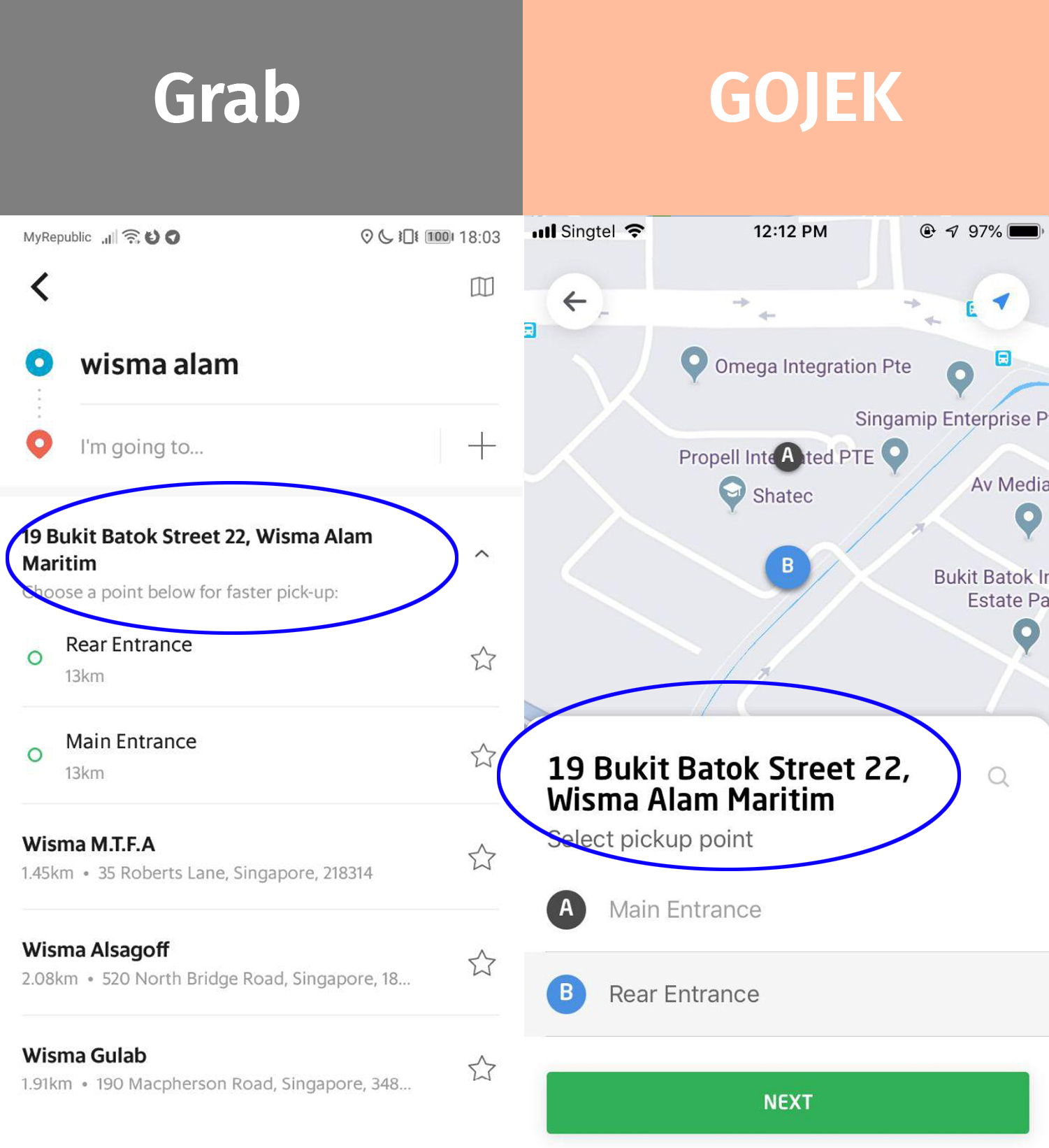 And then there are GrabLanes.

These are tie-ups with establishments where Grab can promote their own brand and also offer drivers and riders an easy pick-up point.

GrabLanes can be found at places such as Marina Bay Sands and the Singapore Zoo.

Again, they found their way into Go-Jek's app. 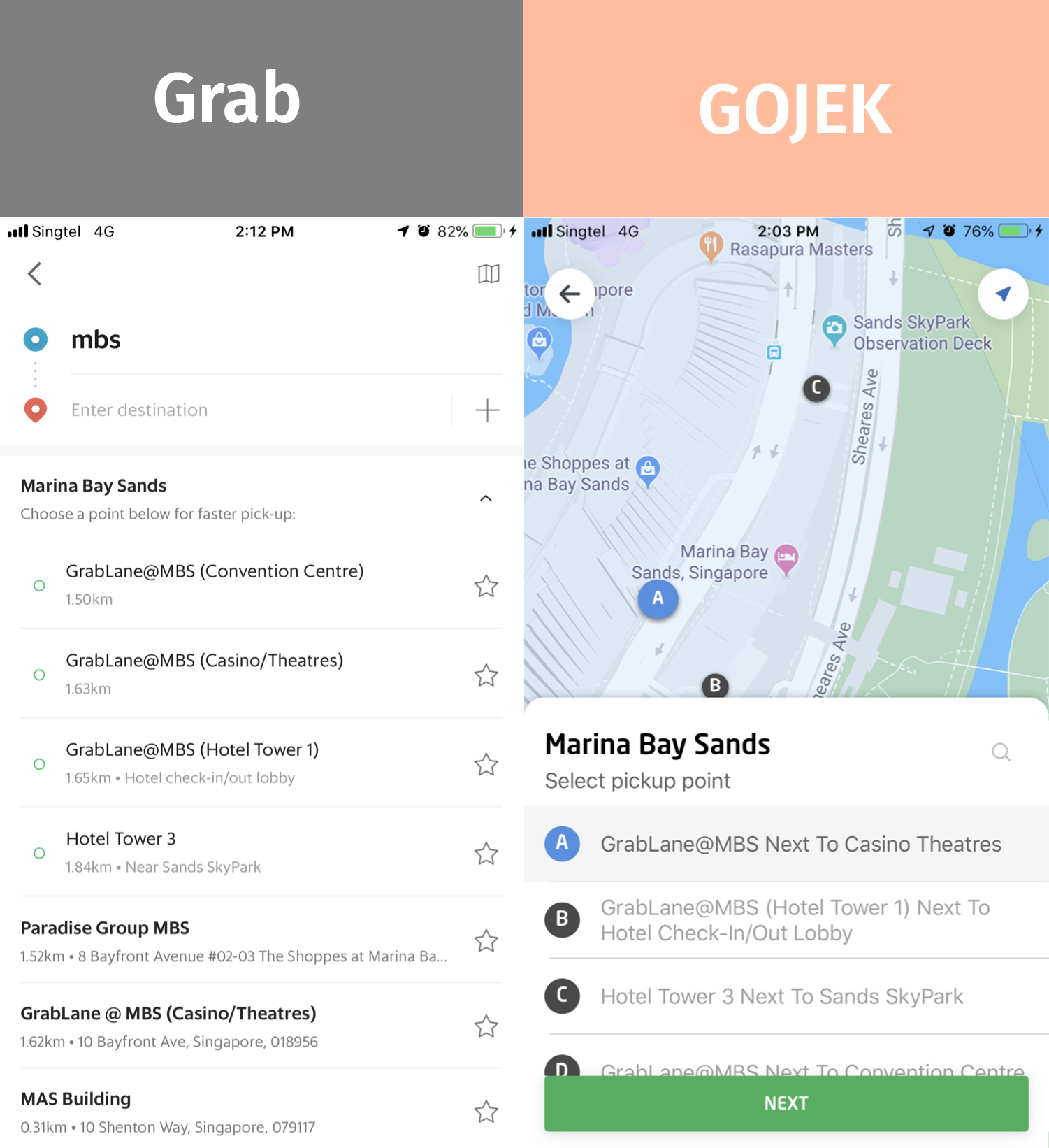 There are also subtle mistakes that Grab made in their data, which also turned up in Go-Jek's app.

One of them is the use of an acronym for naming the Lee Kong Chian School of Business at the Singapore Management University (SMU). At the time of writing and publishing, a lot of Go-Jek's pick-up points are being changed, such as the mention of GrabLanes.

This is perhaps the result of the "refining" of data that Go-Jek mentioned in a statement to us.

In response to Mothership.sg queries regarding use of Grab data, Go-Jek did not deny the allegation:

"The Go-Jek app uses raw data on pick-up/ drop-off points from multiple sources, including our riders and drivers. We then use an algorithm to analyse and refine map data in order to enhance user experience.”

To be fair, the main objection isn't whether Grab's map data should be scraped by others with the know-how, but how sloppy and blatant the outcome is.

Mapping pick-up points efficiently for riders and drivers is the result of time, effort, and a lot of feedback.

The outcome is for pick-up points to be more accurate moving forward, but there is no guarantee the data will then be shared back with the source.