Financial adviser and blogger Leong Sze Hian has publicly responded to calls for comment after news broke that he is being sued by Prime Minister Lee Hsien Loong for defamation.

The 65-year-old financial adviser couched the issue as one about freedom of speech and proceeded to give a comment, despite saying that for legal reasons he is unable to comment on his case.

In response to queries by the South China Morning Post, Leong said:

“For legal reasons, I am unable to comment on my case. In my defence, I can say that this is a fight not between me and the prime minister, but between the people and him for freedom of expression. transparency and democracy. I am bewildered as to why he is suing me for defamation.”

Leong then proceeded to put up a lengthy Facebook post on his own page on Dec. 5 at 12.21pm.

In it, he said there were "a lot of inaccuracies about the defamation case" as reported in the media.

He confirmed that he had shared the article by Malaysian site TheCoverage.my without any comments, "but merely shared it".

"It is therefore grossly inaccurate for certain State media to have represented to the whole of Singapore that I had made a post which was defamatory of the Prime Minister," Leong wrote.

The Facebook post also included photos of the writ of summons and other court papers delivered to his house front gate. 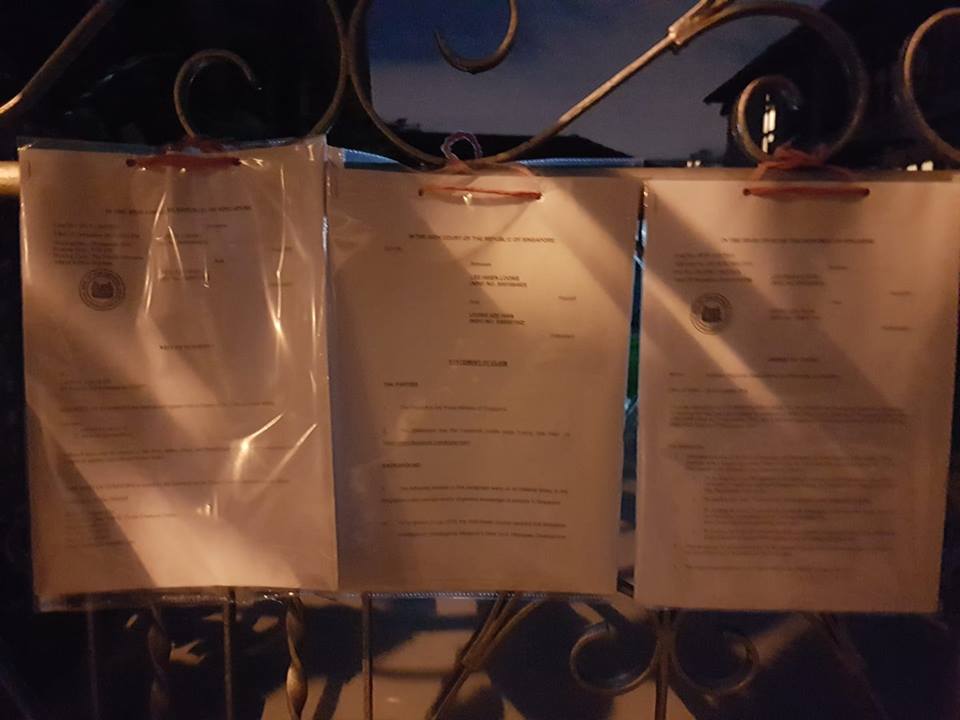 What happened, in brief

Leong shared an article on Facebook on Nov. 7 alleging complicity on the part of PM Lee in Malaysia’s 1MDB corruption scandal.

The Online Citizen claimed that it had seen the Facebook post in question before it was removed and said that the article had been shared without captions.

After Leong shared the article, the Info-Communications Media Development Authority (IMDA) sent Leong a letter requesting that the shared post be taken down in six hours as it violated the Internet Code of Conduct.

Leong is understood to have complied with the letter on Nov. 10.

Leong has said that he rejects all these allegations categorically.