The 2011 Presidential Election runner-up Tan Cheng Bock and Lee Hsien Yang had breakfast on Sunday morning, Nov. 4, for about an hour over at West Coast Food Centre.

This meeting of minds was swiftly reported by The Straits Times and Lianhe Zaobao.

Within two hours, Tan wrote a Facebook post detailing his 9am catch-up with the brother of Prime Minister Lee Hsien Loong.

Here is what he said in case you can't view it.

"This morning I had breakfast with Lee Hsien Yang. We wanted to catch up with each other as we have not met for quite a while. Instead of some fancy restaurant, I suggested we go to West Coast Food Centre at Block 726 Clementi West.

Hsien Yang was all for it. He missed our local hawker fare in the heartlands. We had porridge & coffee with yu tiao. It was a good breakfast, not only the food, but the sharing we had on world affairs and the current state of politics in Singapore.

As it was a Sunday morning, the place was crowded with families out for their Sunday breakfast fix. Many greeted us warmly and some whipped out their handphones to take photos with us. We were touched by their warmth and encouragement. I will be having more breakfasts & lunches with friends regularly in the heartlands."

They were apparently joined by Ting Choon Meng, who you can read about here.

Here are the reasons he cited for having some hawker fare.

1. Catch up with Lee, who he hadn't met for quite a while.

3. They discussed world affairs and current state of politics in Singapore. 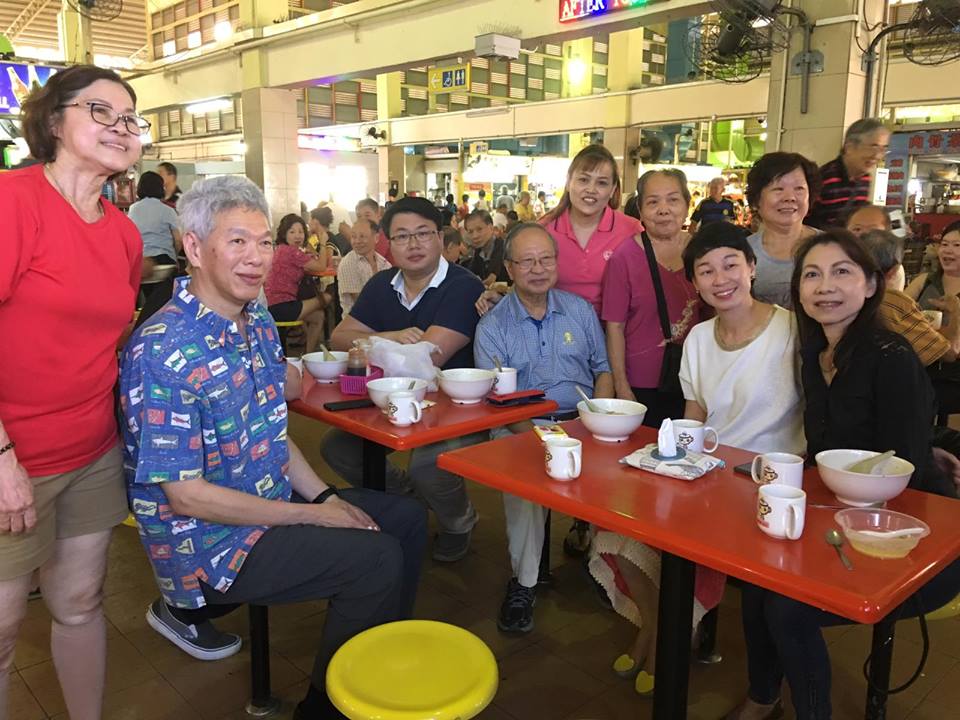