We first met Mr Wu at Tampines, he was pushing a trolley with an enormous stack of newspapers, a stack he would later describe as minuscule in comparison to the heyday of free newspapers like Today, Streats and My Paper.

We asked Wu whether he had anything that he might want to put on sale online, he waved off the question at first, but eventually invited us over to his place on a later date.

Wu was wrapping up work at around 3pm, but had other plans that day, he claimed to have collected hundreds of valuable items he couldn't bear to part with over his years as a Karang Guni (Rag and Bones) man.

Just have a look at this. And that isn't a cherry-picked corner of an otherwise minimalistic apartment.

Every corner of his Woodlands flat is filled to the brim with porcelain vases, ceramic horses, an abundance of old media players, and at least 6 television sets of various sizes.

Here's another exquisitely crafted grandfather clock tucked away in yet another corner of this emporium of collected goods from decades of collecting.

Here are just some of the interesting sights at Wu's house. 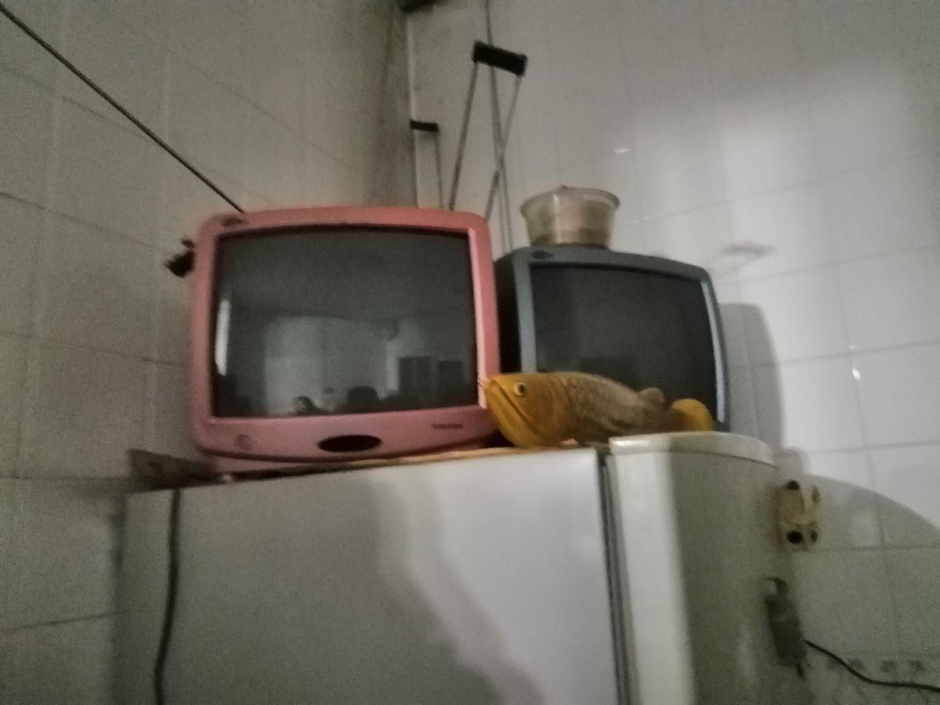 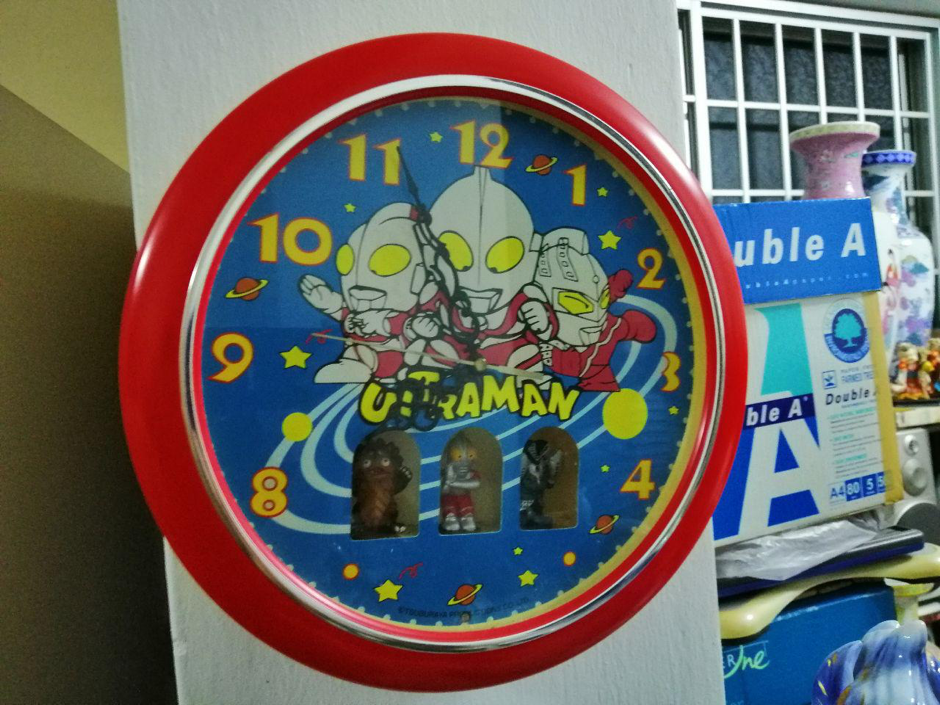 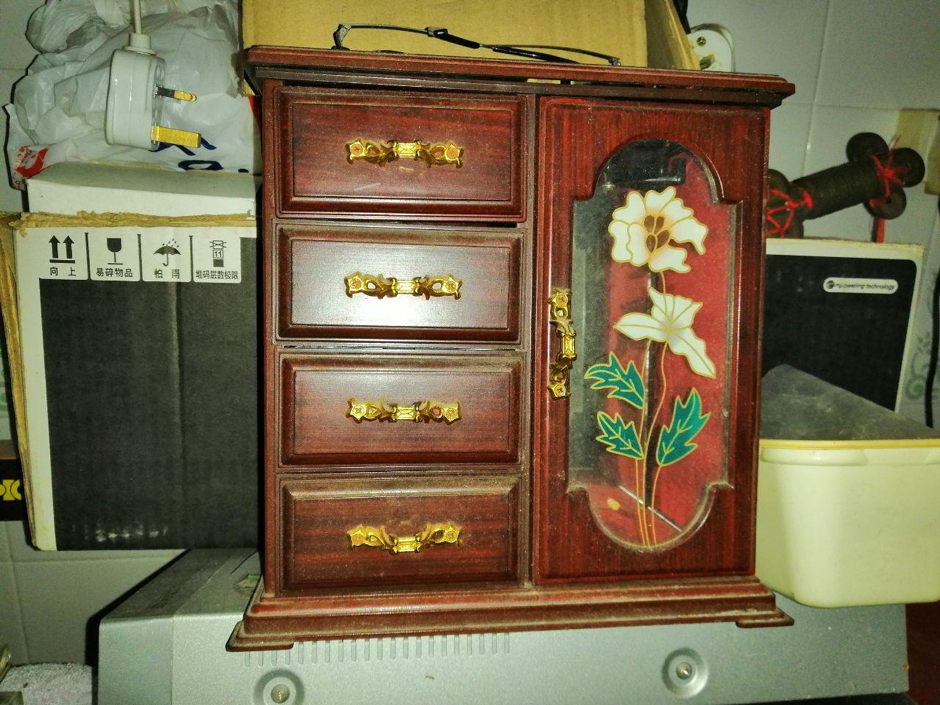 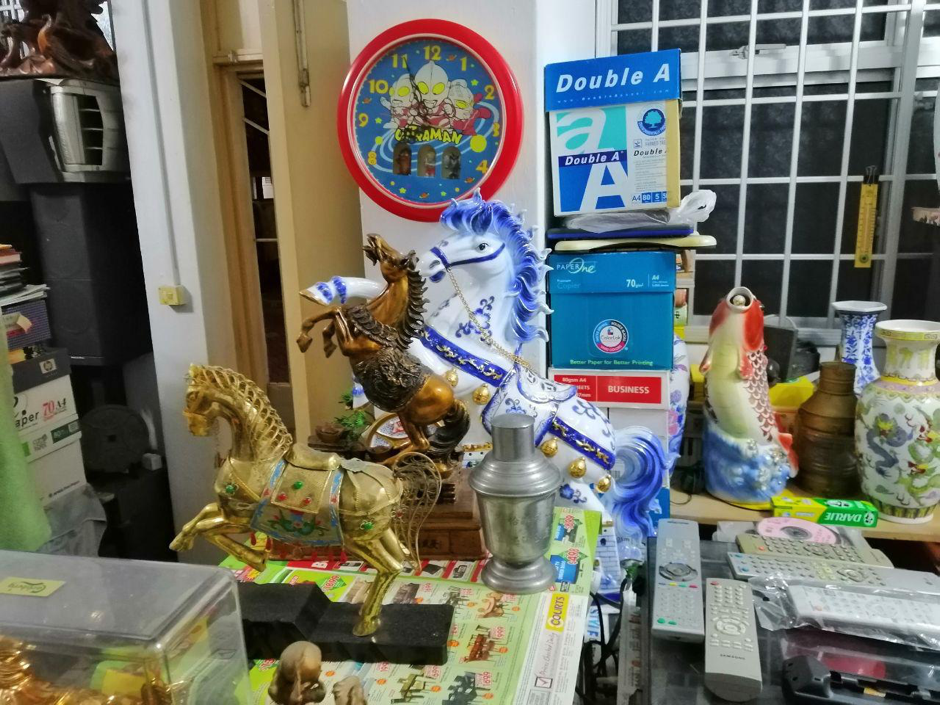 And perhaps the most interesting piece in this cornucopia of quirkiness. 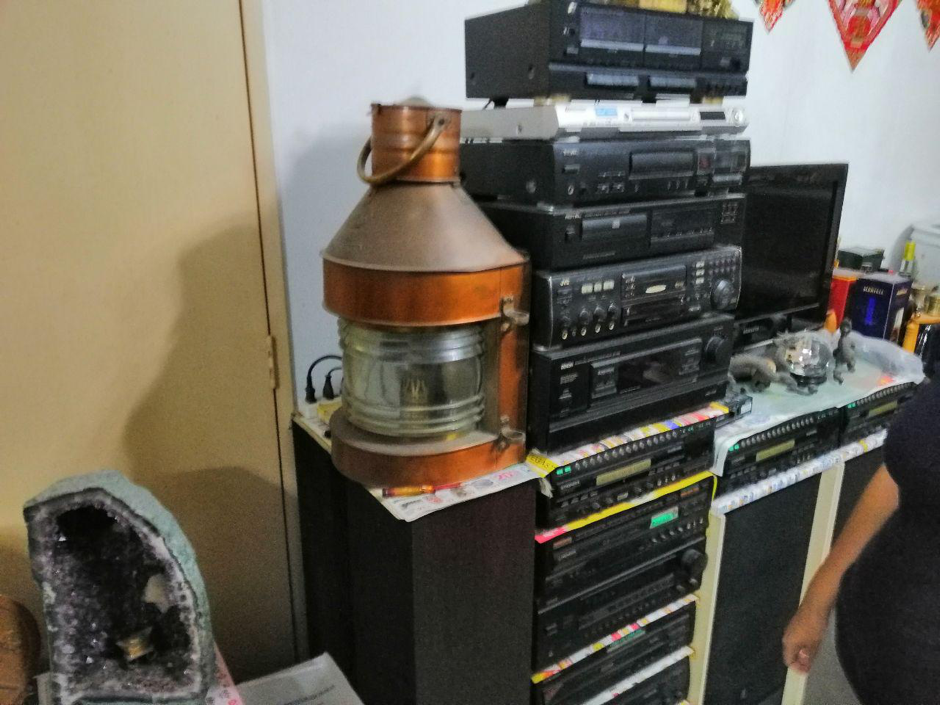 An actual masthead lamp from an actual ship. Wu beams with pride as he recalls the ex-sailor who dealt him the lamp, we ask him if that man was responsible for the other lamp that we had seen earlier around the flat, he shakes his head.

"That is from another sailor"

He says it so matter-of-factly, you would have expected a line of sailors outside the corridor, holding up old masthead lamps from previous voyages.

We pressed on, wondering which of his extensive collection we could help him put online.

Our faces dim noticeably, like a recently extinguished masthead lamp.

Perhaps noticing this, Wu quickly brings us to a massive stack of what appeared to be large CDs strewn across the flat. 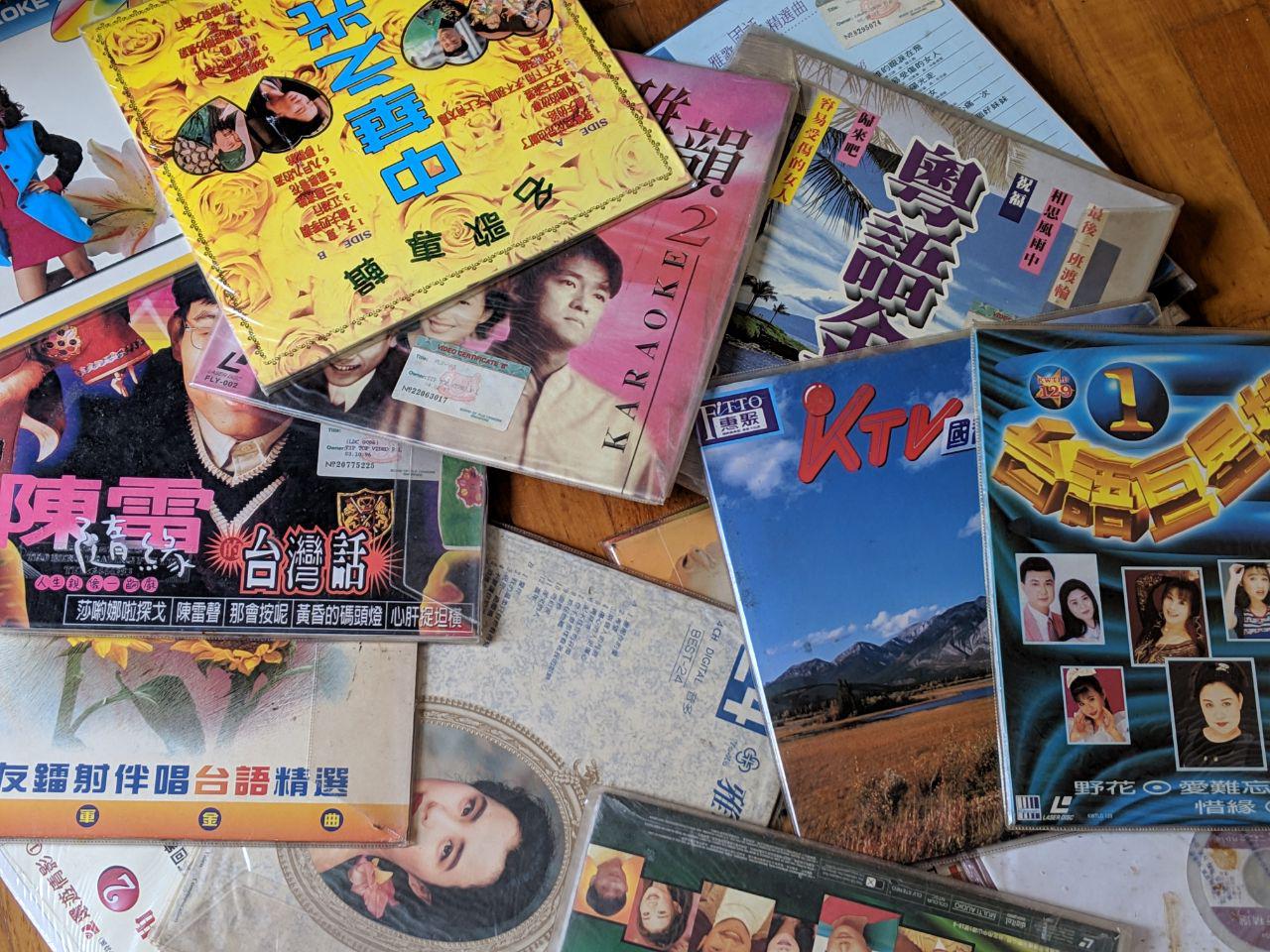 It was a pile of no less than 50, 63 we would count later, LaserDiscs.

If you have no idea what a LaserDisc is, here is a quick comparison with a normal CD to jog your memory. And boy, is his collection something else.

A show about ten brothers with supernatural powers. It starred the late Huang Wenyong. 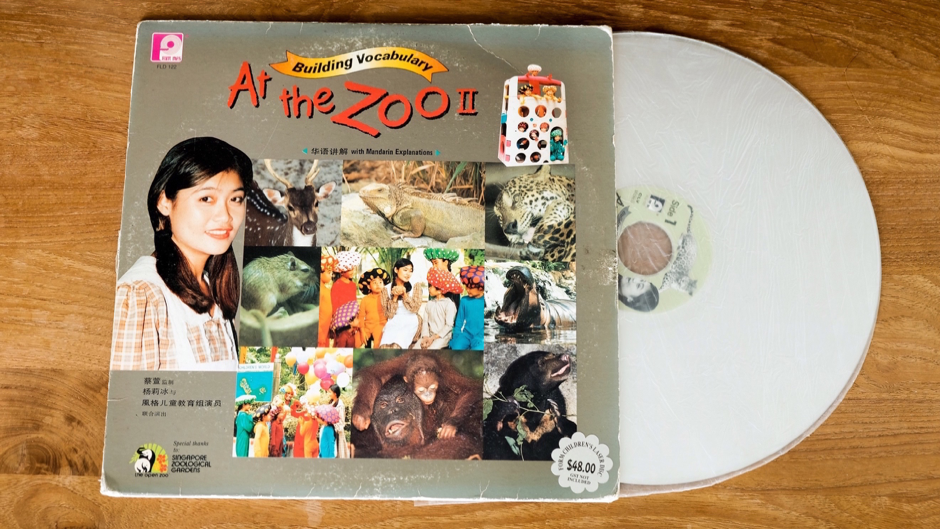 We're assuming there's a prequel to this, but we couldn’t find it even among Wu’s extensive collection. 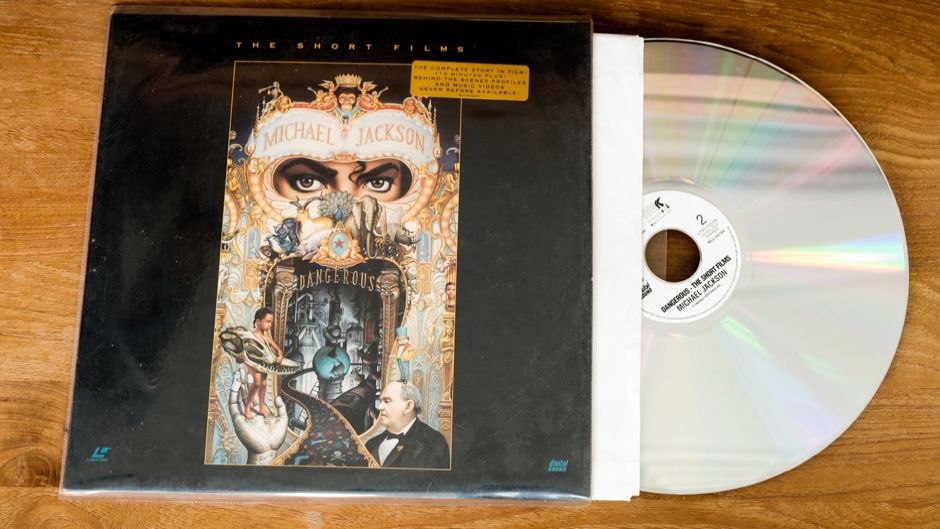 A compilation of music videos from his 1991 album of the same name. It was released on LD in 1993.

Wu’s collection also had some blockbusters from back in the day. 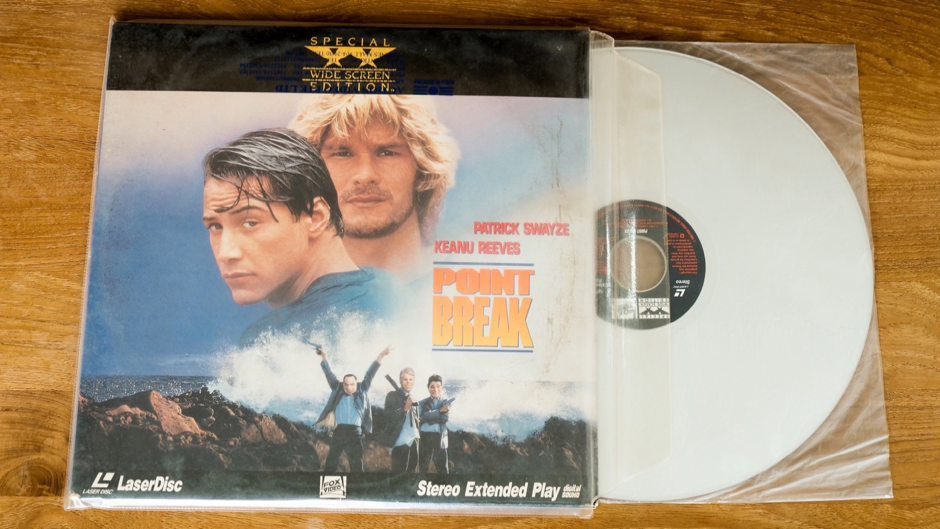 Yup, John McClane himself in an LD format.

You can see the rest of the items here.

No harm, no foul

Wu was sceptical on whether the LDs were of of any value.

Which would be a tough price to make any sort of profit of, unless of course…

We told Wu that we would put his LDs onto Shopify – an e-commerce store that’s made for everyone.

Wu agreed with the idea of setting up an online store as well.

"No cost to set up, no need to pay rent, just see if can sell, if cannot, also no loss."

It helps when you have a 14-day free trial on Shopify to get your bearings.

Set up a store.

Fill in some of your particulars, including your address and email, choose your store name (we’ll get to that later) and you’re almost good to go. There are many free themes from Shopify that you can choose from to decide on the layout of your store. 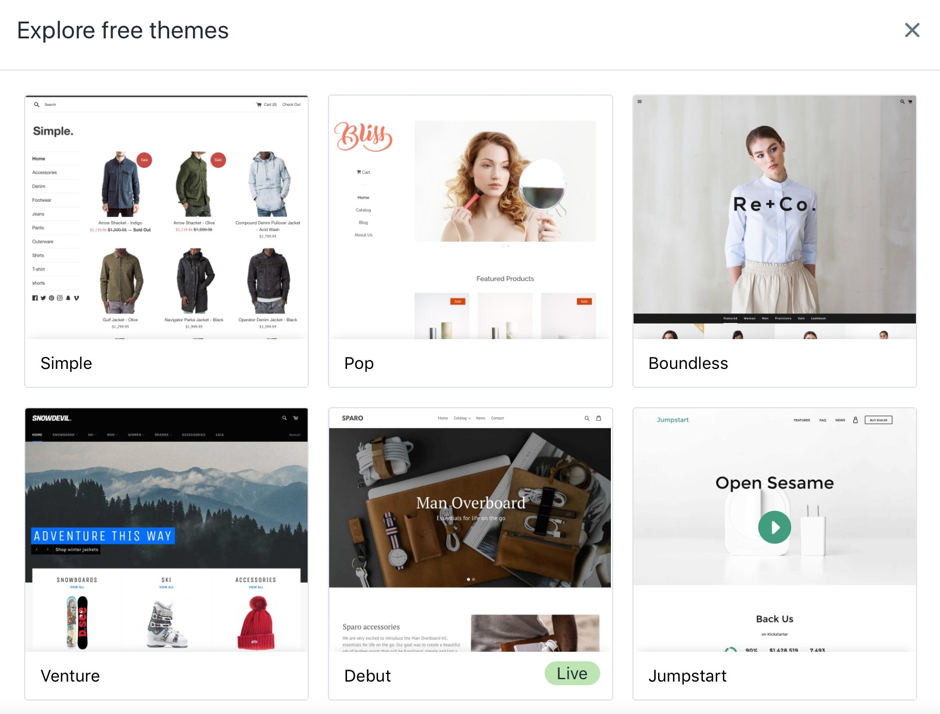 We kept it simple for Wu.

And you’re good to go, the whole process made easier by not requiring any credit card information.

When asked if he thought the process to set up an online store was difficult, Wu scoffed at the idea.

“Sell online very easy one, if you keep trying, sure can sell”.

Tricks of the trade

When we shared with him our plans to sell it for S$0.50, a price he seemed to feel would move units, Wu stopped our inexperienced rambling mid-sentence, sharing with us some tricks of the trade.

The only thing left was christening a name for the new brick and mortar-less establishment.

We left that honour to Mr Wu.

Who had this to say.

“ANYTHING LAH YOU ALL DECIDE”

And voila, we had ourselves a cosy little online store.

So, please feel free to peruse all the LDs we have.

It’s just that simple setting up your online business, you too can try it out here.

Top photo collated from images taken by Zhangxin and Jiahui