Xiaxue is no stranger to hate and criticism.

And the latest round of hate comes courtesy of her halloween look on Rosmah Manor, wife of Malaysia’s ex-prime minister Najib Razak.

She even received some death threats (not her first time though) from the Instagram story, where she gave a sneak peek of the completed look:

Here are some of the messages she's received from the Malaysian public: Including personal attacks on Xiaxue's own face: 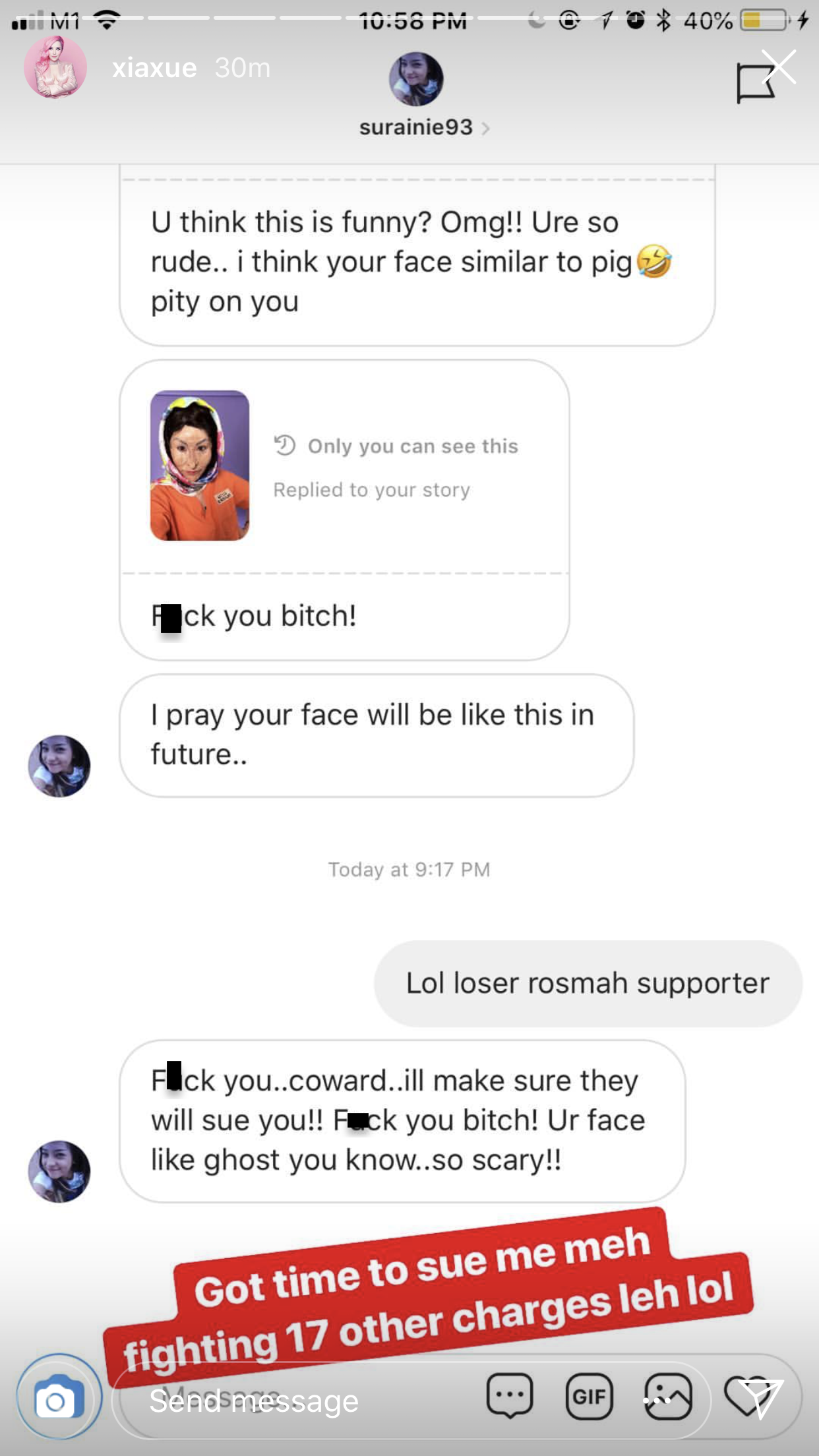 A threat to throw acid in her face: 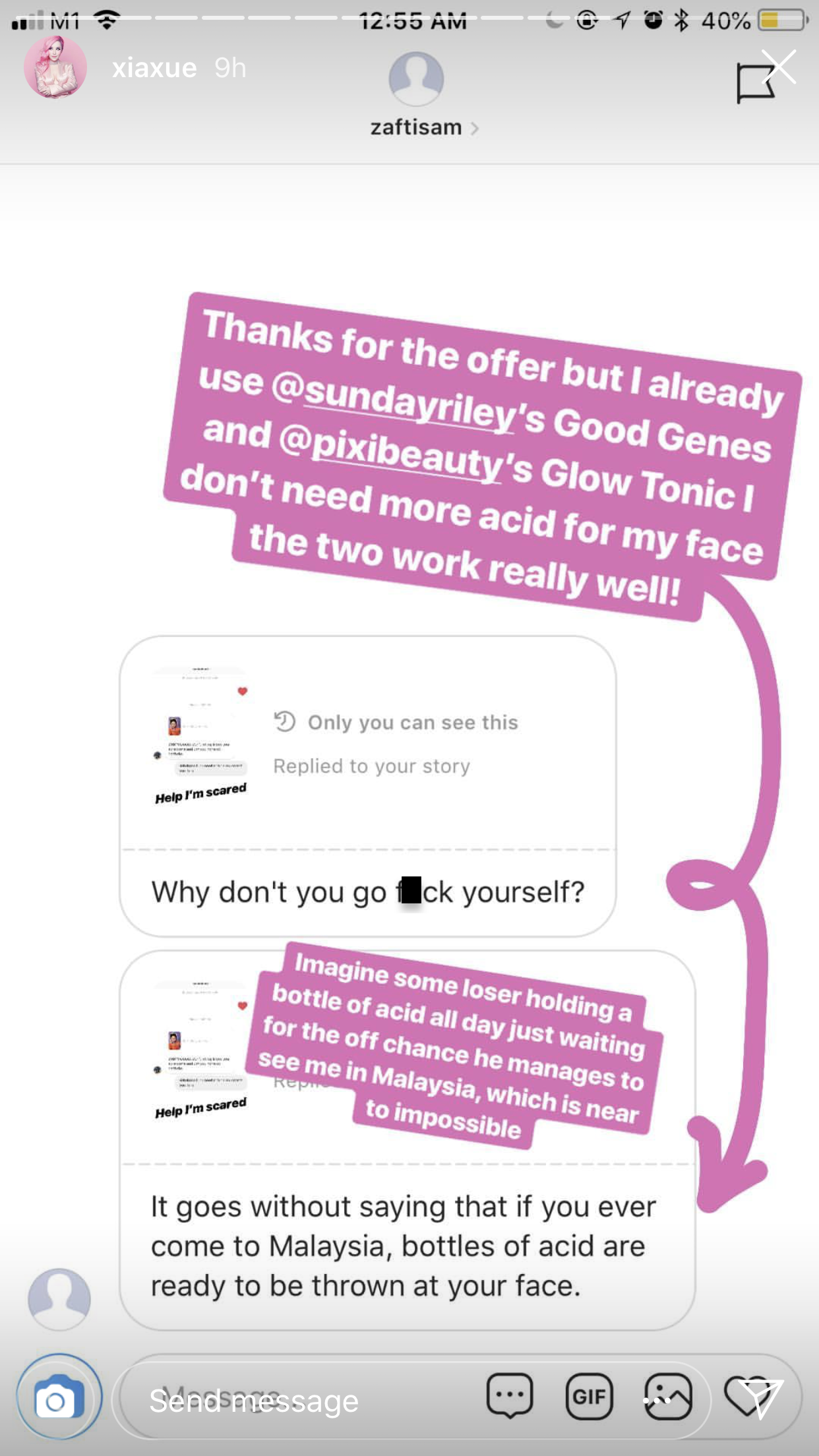 And insults in Malay, despite the fact that Xiaxue doesn't speak the language: 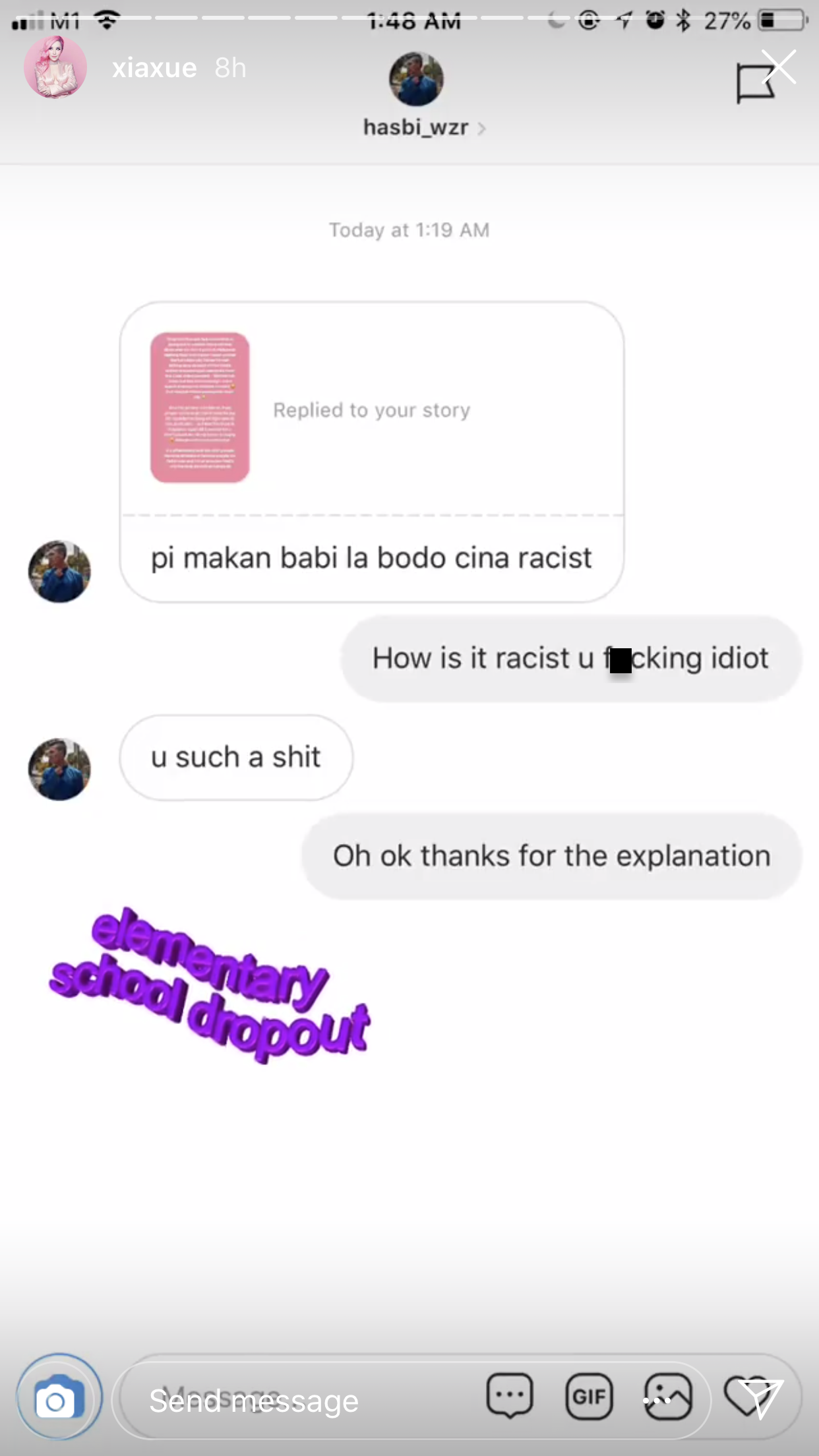 But Xiaxue was more concerned about the potential virality of her video than the backlash: Although what really puzzled her is how Najib/Rosmah still have supporters: