Urban Agents might be the game changer that the real estate property industry has been waiting for.

A sore point for many who engage the services of a real estate agent is the issue of trust, borne out of what some might perceive to be an imbalance of power.

One of the reasons for an imbalance of power between consumer and agent, might come from deciding a commission before the service itself is carried out fully.

But despite the many apps that have tried to do away with agents, their expertise and know-how is tough to replicate with an app.

A point succinctly made with this screenshot he shared. To go about building up this trust, Cho sought to introduce the concept of a "FairPay" pledge.

What is FairPay pledge?

Basically it's the ranking system popularised by companies like Uber, but with real-world consequences.

So if you were really satisfied with your agent's work, you give them the usual commission fee, from between two to two-and-a-half per cent.

But if you were really unhappy with your agent, that fee goes down drastically to just one percent.

In addition to this variable commission scheme, here are just some other aspects of empowering home owners that Urban Agents aim to push through: 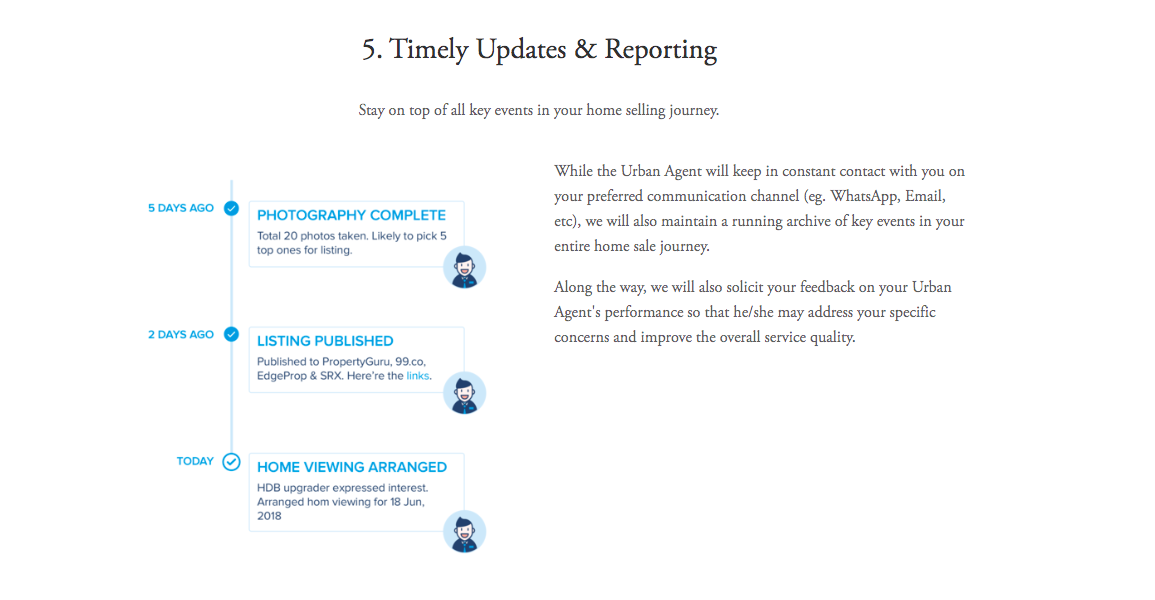 The issue of trust is the basic undercurrent of Urban Agents, whether it be regaining the trust of the consumers, or trusting that consumers would not lowball agents for no valid reason.

As the founder, I think our team has an incredible opportunity to make a meaningful contribution to this "trust deficit" problem. I often think of AirBnb as a classic example; it's pretty crazy that strangers are willing to stay in other strangers' homes, and yet despite all the safety (often legitimate) concerns, somehow AirBnb managed to build up this trust in the platform and unlock tremendous value. Ditto for Uber, Wikipedia, Reddit, etc; somehow when trust is built where trust wasn't available initially, magical things can happen :)

Perhaps I'm naive, but I think it's much better to live a life believing that 人之初 性本善 rather than being all cynical and that 人之初 性本恶.

(Translation: Cho would like to believe that man is born kind, rather than evil.)

If you're thinking, who are these people, and what do they know about property in Singapore?

Well, they are the same people that came up with UrbanZoom.

So basically, go find out the value of your house, and then find an agent to sell it.