On Wednesday, Oct. 24 the Marina otter family broke the truce with the Bishan otter family after one year of peace.

It appeared to be an attempt by the Marina otters to regain their old territory at the Marina Bay district, stolen from them by the Bishan otters.

Did the Marina otters succeed? Nope.

Following the defeat, the eight Marina otters (Marina 8) headed back up north to Pierce Reservoir, while the nine Bishan otters (Bishan 9) got out of Kallang Basin, where the altercation took place.

Fortunately, there were no casualties.

It was expected to be a paw-to-paw fight with no family having a decisive edge over the other.

Both families lost their key strategists -- the Marina and Bishan fathers have died -- and the young pups in both families have all grown into sub-adults.

So, why couldn't the Marina otters chase out the Bishan otters and regain their territory?

This could be due to the choice of strategy.

According to eye witness accounts of the one hour confrontation, the Bishan 9 positioned themselves in a diamond formation with clear visibility of their leader, while the Marina 8 lined up in a wider arc to appear bigger in size. 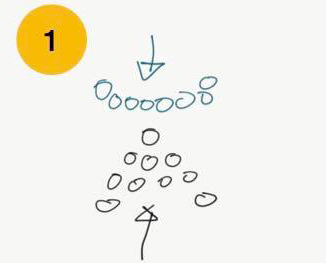 However, Bishan 9 were not intimidated by Marina 8 strategy.

They even scattered Marina 8 up into three groups, leaving one Marina otter in isolation at one point in time. 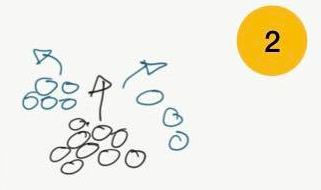 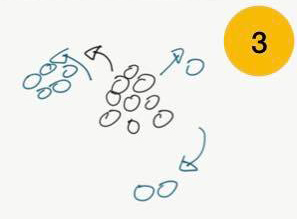 Bishan 9 then attempted to further separate Marina otters apart, but the latter managed to escape.

Throughout the entire fight, Bishan 9 stayed together and fought as a family.

This was supposedly the strategy passed down by the late Bishan dad, according to avid otter watchers.

How confrontation looked on video

Based on the video, the two groups of otters can be seen charging towards each other, baring their teeth and squeaking loudly.

You can read the analysis in greater detail provided by the otter community:

The conflict between Bishan and Marina families went on for many years, which a few battles claimed lives. Bishan family, under the leadership of Bishan dad then, had won most battles especially when both sides were equal in numbers.

The latest Marina and Bishan family battle happened 2-3 days ago.

We anticipated the fight and we wanted to watch and document closely. The condition has changed as both sides lost their alpha male with death of Marina and Bishan dad; their numbers are almost equal; both sides young pups are now subadults. It will be a fair fight.

This is what we saw:

1. Marina lined up and took the first charge, the line battle formation would make them look “big in size”, however the disadvantage would be no visibility to leader’s command. On the other hand, Bishan family formed a diamond battle formation with members with line of sight to the leader in front.

2. Bishan broke the line formation of Marina easily by sticking together like a ball.

3. The 3 young Marina subadults got isolated from their adults. 1 tried to join back the Marina formation but was blocked by Bishan. The other 2 Marina were further isolated behind the Bishan family.

4. At this time, Bishan 9 wanted to break the remaining group of 5 into smaller group. The Marina 5 adults managed to flee. Then Bishan went for the isolated 2 and 1. Bishan family sticked together throughout the entire fight.

This is the video of the fight: