It has progressed from a purely scary-or-tantalising-costumes-allowed event, to more an outlet for creativity and dressing up as something you love, which you just want to share with everyone else.

One girl has taken things to the extreme adorable spectrum.

Here is her superb costume that bowled over the Internet:

Eagle-eyed audiences noticed the girl didn't seem too happy in the costume though, prompting someone to conclude that the tea was only 50 percent sugar.

In fact, bubble tea was so popular, another child was snapped wearing a completely different bubble tea costume:

And that wasn't the only cute Asian Halloween costume that caught the attention of the Internet.

Here's the cutest nun you will see today.

Some scary ones even helped out with tutoring. 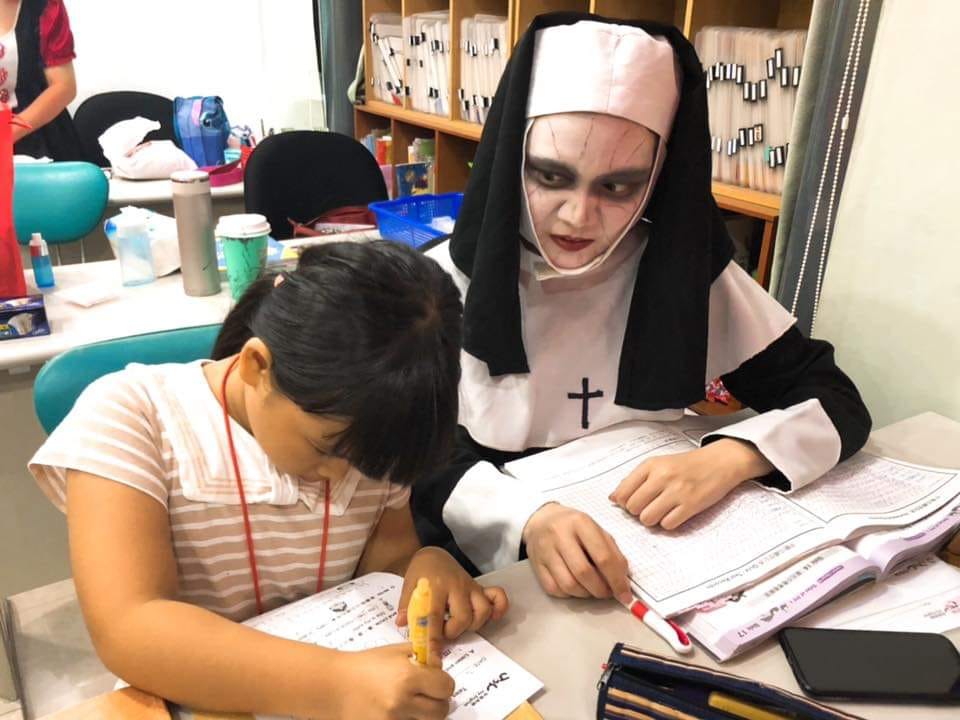 And here's an adorable rendition of the classic Hei Wu Chang and Bai Wu Chang, two Chinese deities known for escorting the dead to the underworld.

This kid who has a good head on his shoulders despite this photo pointing to the contrary.

And it wasn't just children who upped the game for costumes.

Here's a legitimately scary double act on the train.

And here's a M18 version of Hei Wu Chang and Bai Wu Chang crushing the afterparty.

???
Remember scrolling through Facebook and seeing appeals to look for someone's missing grandmother?