Singaporeans who grew up during the first two decades of Singapore’s independence -- especially those who lived in the Ang Mo Kio, Sin Ming and Thomson areas -- would attest that Thomson Plaza was a godsend.

Thomson Plaza was one of Singapore’s earliest suburban malls, a remnant of the heady days of the 1970s when the economy was booming.

The mall was developed by DBS Realty, and was built by Ohbayashi Gumi Ltd., which was the contractor that built the DBS Building in Shenton Way.

Over the years, the reasons for visiting Thomson Plaza have been consistent.

Children go there for dance and music classes during the weekends, while families do grocery runs at the supermarket.

Some of the mall’s famous long-time operators include Chiu Piano, the piano shop on the second floor, and Aquapet, the corner pet shop on the ground floor.

The pet store is run by Richard Ng, 65, one of the earliest pioneers of Singapore’s pet store scene.

Meanwhile, Chiu Piano is run by several generations of the Chiu family, including fourth-generation Nicholas Chiu. 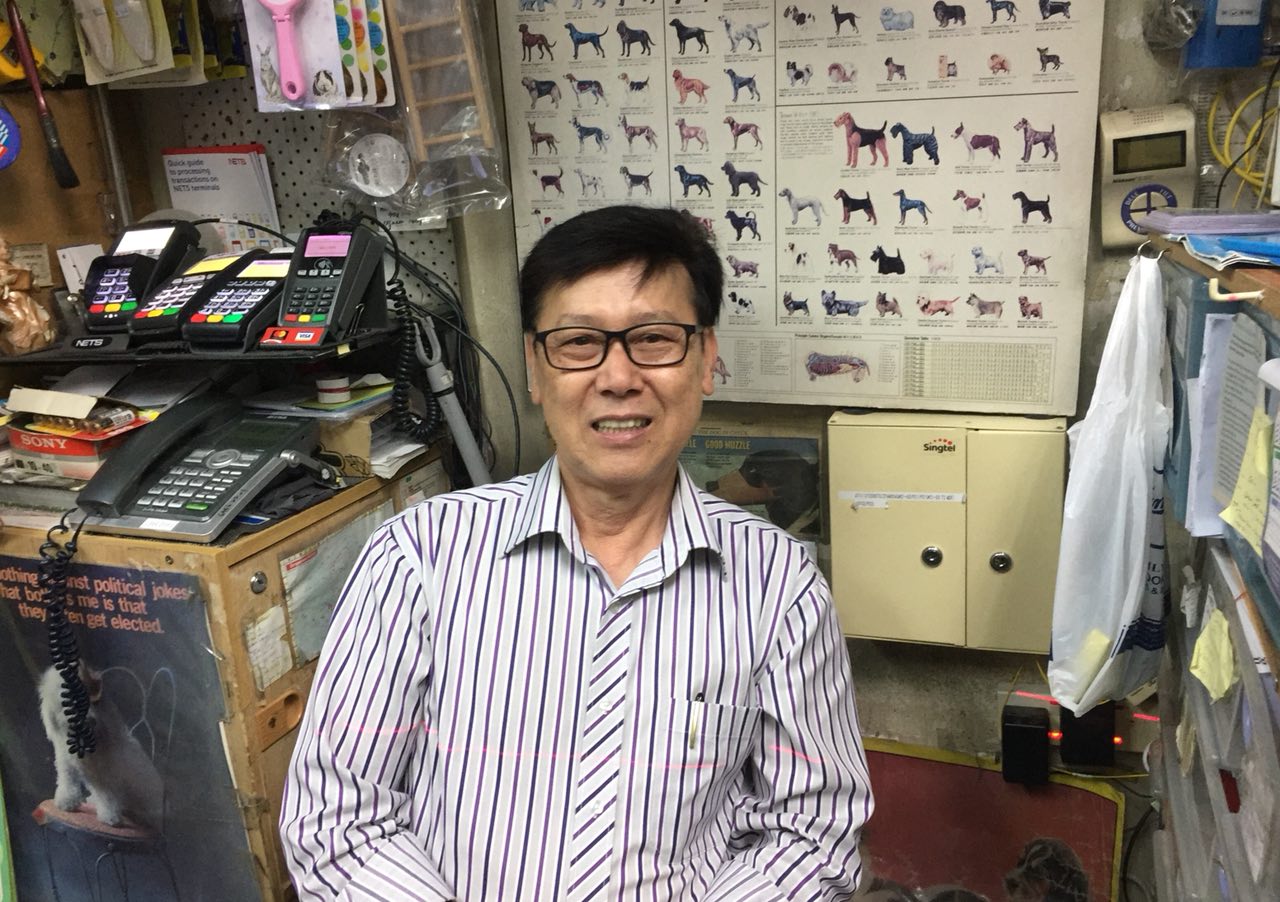 Richard Ng and several other business partners broke onto the pet store scene in the 1980s.

In 1982, they made the decision to open the Thomson Plaza branch of Aquapet, one of Singapore’s earliest pet stores.

Even though pet stores are ubiquitous these days, Ng tells us that this was not the case back then.

There were only a handful of pet stores all over the island in the late 1970s, he says, and people were relying on these stores for pet food and accessories.

At that time, he was in the business of poster design and printing. However, his keen business sense led him to seize the opportunity and meet the demand in the market.

So, they dived head-first into an industry that they knew little about, and hoped that they would make it.

But why Thomson Plaza, you ask?

It is situated in a residential area, he tells us, and it’s the perfect place to set up a pet store for families to frequent.

Thankfully, the risk paid off. Through hard work and an inexplicable love for the business, Ng is now the proud owner of two other branches at Defu Lane and Bukit Timah Plaza.

The Bukit Timah branch is run by his daughter. 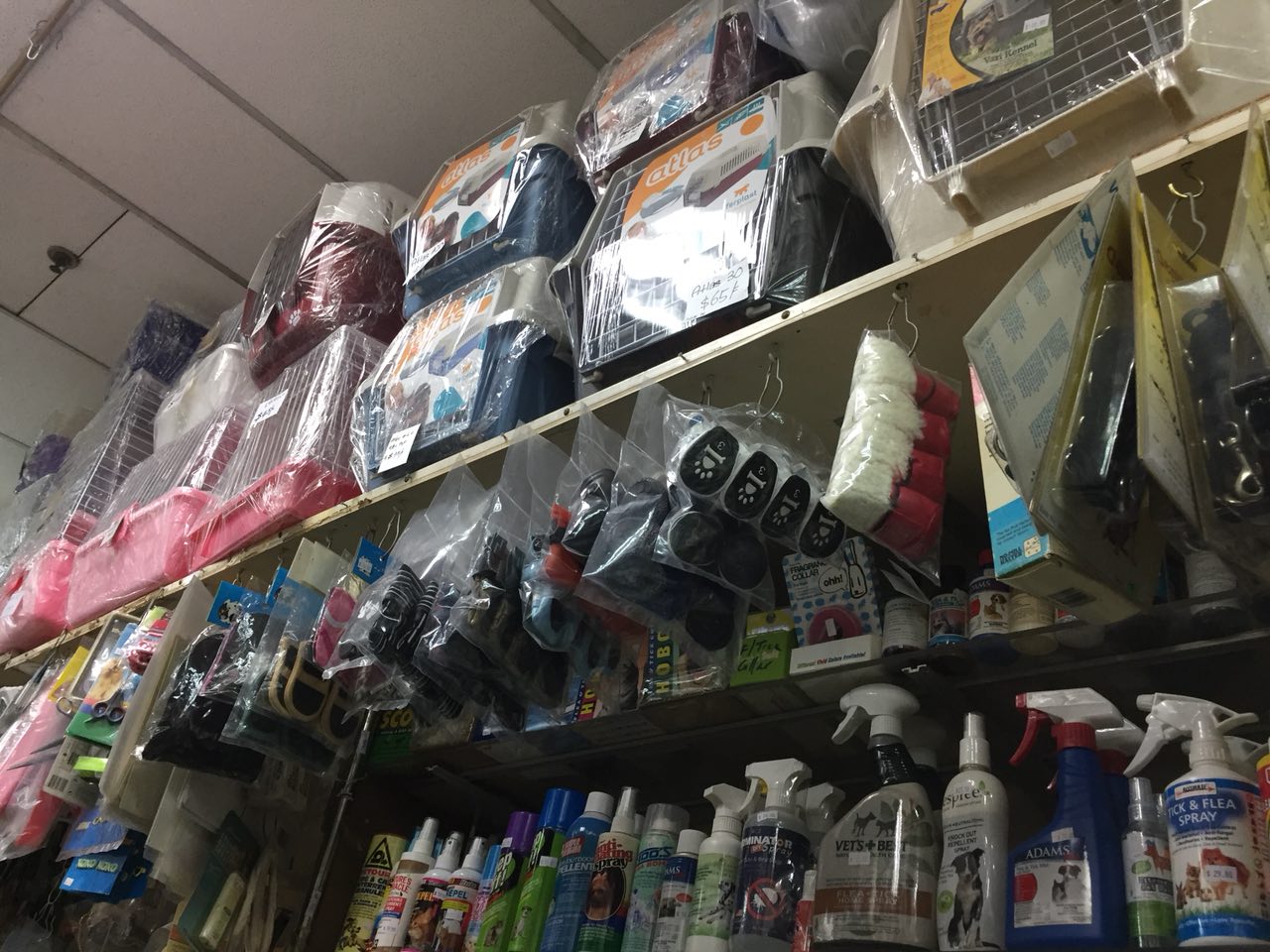 At the Thomson branch, Ng has since accumulated a solid customer base comprising Thomson residents, and he is well-acquainted with many of them.

Some of his previous customers no longer keep pets or live in the area, but will occasionally visit him.

Many of his current customers are also children of the customers he used to serve.

“Those loyal customers are those who have a house nearby… (They would come) when they were younger, 30 or 40 years old, and now they get married and have children. For those kids who stay with their parents, they still come here! I think it’s the third generation already now! Some of my customers are grandfathers already.” More than 35 years have passed since Aquapet first opened, and Ng confesses that he never expected to stay in the mall for so long.

With the arrival of major pet store chains in Singapore, his store continues to evolve with the times by improving its products and ensuring competitive prices.

“I can survive. That’s important.”

Chiu Piano, another long-time shop based in Thomson Plaza, has made a name for itself in the bespoke piano industry. 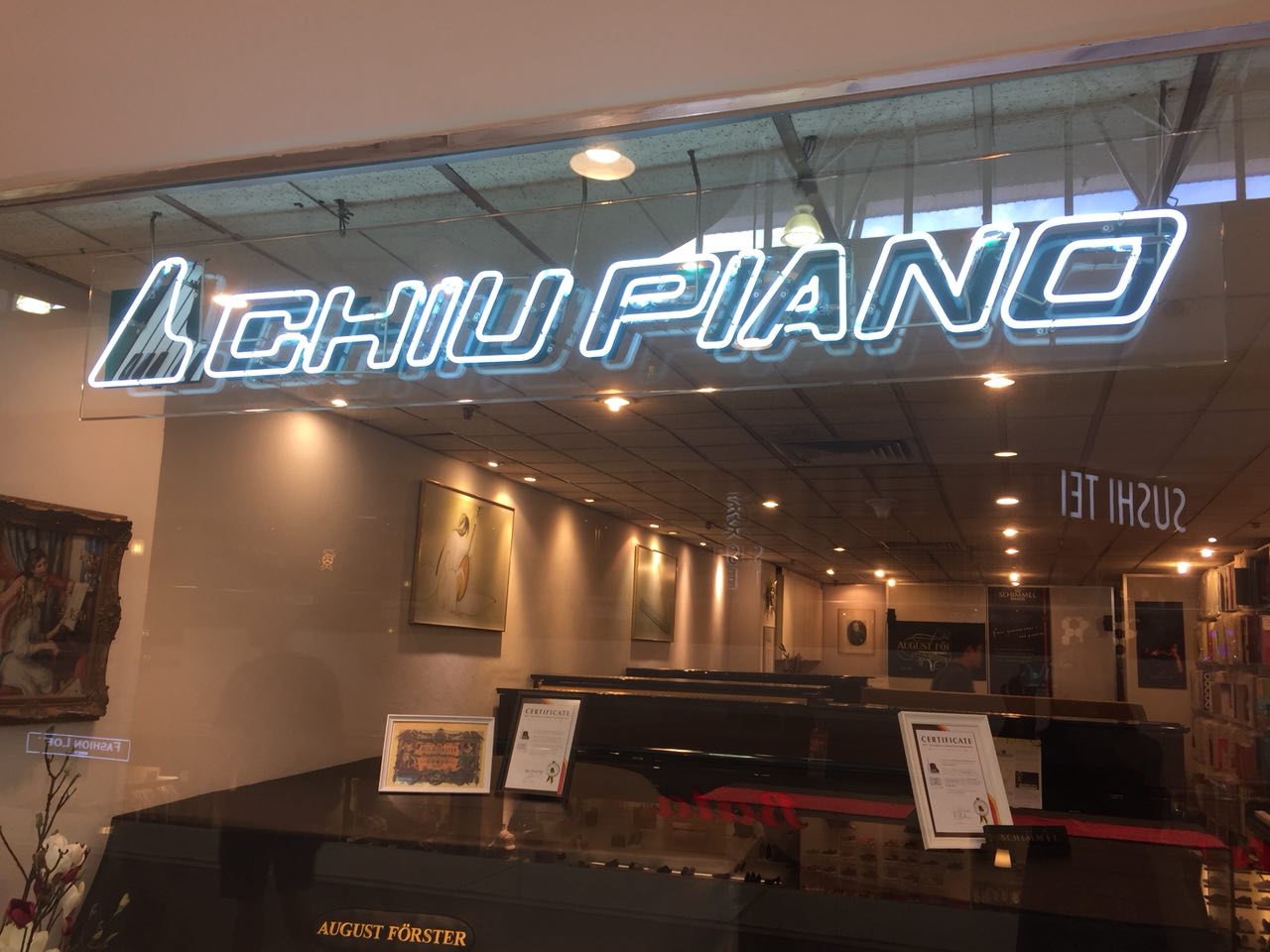 Dealing in high-end pianos that cost anywhere between several thousand to hundreds of thousands of dollars, the business also provides aftercare services such as maintenance and restoration.

The family-run business has been in Singapore since the early 20th century, and the highly intricate skill of piano maintenance and repair has been passed down through four generations.

The baton is now handed to Nicholas Chiu, a 29-year-old fourth-generation practitioner, who has spent a great deal of his life in Thomson Plaza since Chiu Piano opened in 1979.

As a kid, Chiu spent many hours in his family’s shop. He recalls how his family often took him and his siblings to the shop, and how he played there:

“At this shop, things have changed in terms of modernising. But the layout is exactly like it was. The pianos have been arranged like this since we moved in. As a kid, I would run around in exactly the same manner.”

It is a family business so they would bring us here when they were working...There is a very strong sense of family.”

For his family, opening a shop at Thomson Plaza was a natural choice as the Thomson area held “quite a lot of promise”.

Chiu shares that many of his customers live in private housing, and the Thomson area has plenty of landed homes that they could tap on for a customer base.

Future developments will also be a boon for the business, he says.

“Thomson is right smack in the geographical centre of Singapore...With the Thomson line and North-South Expressway coming up, this place is a good strategic location.”

Chiu, who is still picking up the necessary skills from his grandparent and father, has been working at the shop for the past two-and-a-half years.

He tells us that the shop’s clientele remains a niche one.

Most of their customers are looking for handcrafted instruments of a very high quality, and not mass-produced ones. They are also looking for extremely specific skills in tuning, repairing, conditioning and maintaining high-end pianos.

Due to the high quality of the instruments, they can last for decades. Even now, they are still servicing pianos bought by his customer’s great-grandparents.

But this isn’t just a job to him.

The store at Thomson Plaza is a part of his family’s legacy that he takes great pride in:

“It’s something I know I cannot not do. There’s a certain stake here . If there’s no succession, I think the entire Singapore loses out on technical expertise on good pianos.

There were only a few prominent shopping malls in Singapore in the 1980s, namely, Plaza Singapura, Marina Square and Wisma Atria.

Bucking that trend was Thomson Plaza, which was one of the earliest suburban malls to pop up in Singapore.

In 1977, the Ministry of National Development approved the proposal to build a recreational complex along Upper Thomson Road, sowing the seeds for the construction of Thomson Plaza.

In 1979, the Thomson Plaza project was eventually completed at a hefty cost of S$38 million.

At that time, Thomson Plaza was one of the few strata-title malls in Singapore that allowed buying, and not just renting, of units.

And even though there are some long-time operators that still exist today, sadly, not all of them have withstood the test of time.

Tenants like Yaohan, the Japanese department store and supermarket that previously served as Thomson Plaza’s anchor tenant until the 1990s, have come and gone.

More heartland malls have also popped up over the years.

However, people like Chiu earnestly believe that Thomson Plaza retains a homely “feel” that even the younger generation can relate to:

“Now, traffic has dropped because there are so many heartland malls. But Thomson Plaza retains a certain identity that even the younger generation can identify with. It is developing a new identity on its own terms.”

This sponsored article by DBS is making this writer wish that she was born in the 1980s.

DBS celebrates its 50th anniversary this year. Read more interesting stories about how DBS has evolved to redefine itself over the last 50 years. There is also a series of first-person accounts of the DBS journey, curated in an e-book.