It is evident Singapore is busy curbing the harm caused by sugar in all forms.

Sugarbook planned to come to town

Malaysian-based dating platform Sugarbook won't be a sponsor of the Skye Grande Prix party after all.

Under the organisation of Vanilla Luxury, the Skye Grande Prix is a series of five themed-parties to be held from Sept. 12 to 16 at a martini bar in the Grand Hyatt Singapore.

Sugarbook's value proposition is straightforward: It is offering itself as the platform to link up cash-strapped young men and women -- called sugar babies -- with wealthy, older sugar daddies or mummies.

Its appearance at this year's high-profile Grand Prix event in Singapore is supposed to help it increase its user base.

This is after Sugarbook caused a stir at the start of 2018 when it announced its expansion into Singapore.

It appears the company is doing well enough to become one of the sponsors of the Skye Grande Prix, and was poised to present the third party on Sept.14.

The event has been marketed as a chance for sugar babies and sugar daddies to get together.

However, the authorities has applied some brakes to Sugarbook's association with the F1 glamour.

The Singapore Tourism Board (STB) announced on Sept. 7 evening that the party would no longer be part of the Grand Prix Season Singapore campaign this year.

The Grand Prix Season Singapore is a series of F1-themed lifestyle experiences and promotions that the public can enjoy beyond the race track.

It would therefore not be promoted in STB's F1 marketing campaign.

STB also told The Straits Times that it did not organise or support the party.

According to the party's Eventbrite page, females are offered entry into the party for free.

However, this is a offer that is only valid for the first 100 females who sign up. Subsequent tickets start at S$48.

The Gold VIP status, on the other hand, has been specifically marketed on the Facebook event page as "available for the Daddies who want to stand out and exude luxury".

The page further emphasised: "You can also opt to standout from the crowd by getting VIP package and bottle services."

The other selling points of party has been marketed as:

"The highlight of the night apart from having innocent fun with Sugar Babies at an award-winning bar, is the chance to win Premium memberships and alcohol shots by playing Blackjack against Sugarbook."

What is a sugar relationship?

The premise of the relationship is not new. 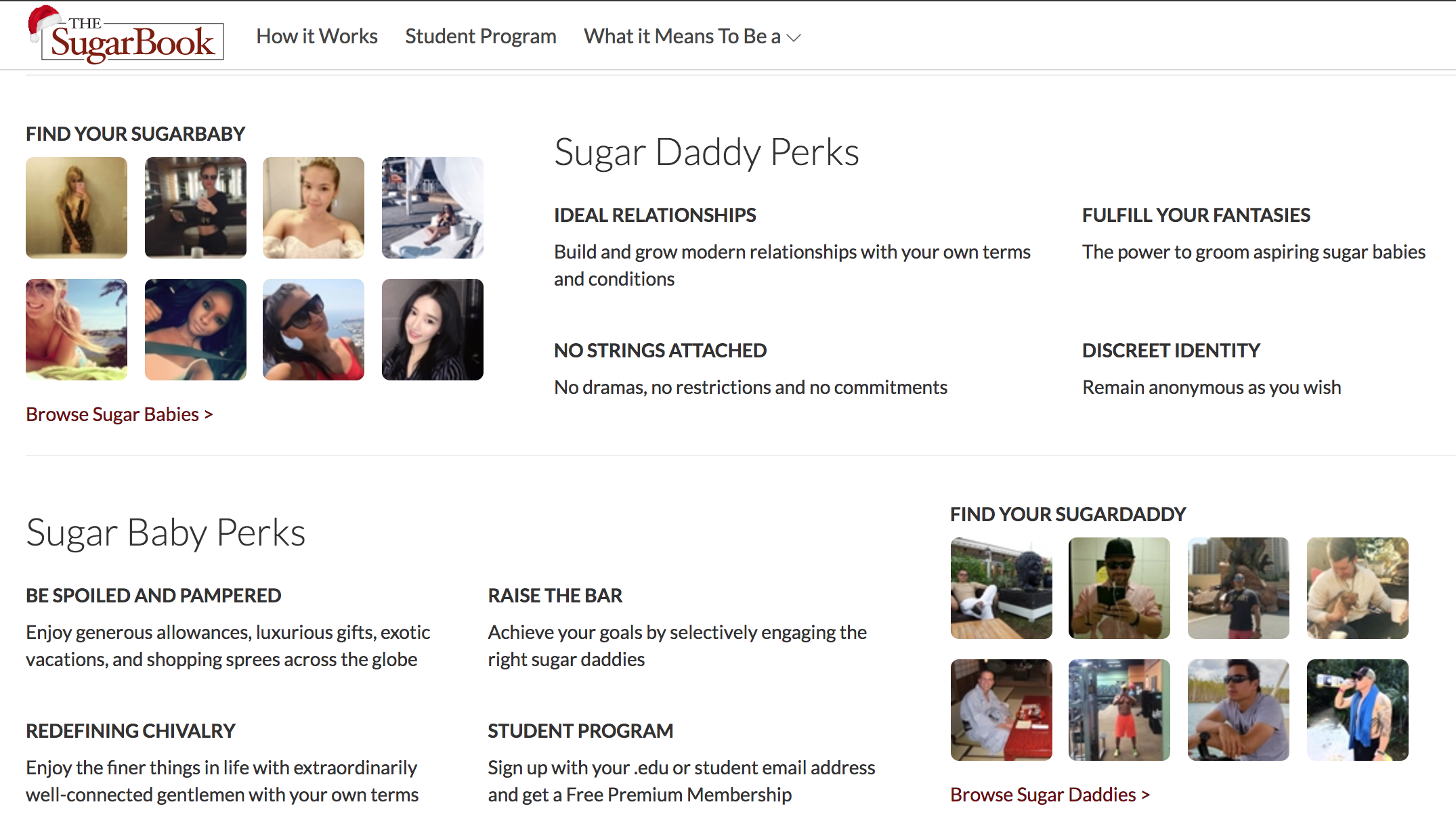 Essentially, sugar daddies and mummies get to groom aspiring sugar babies and fulfil their fantasies with no emotional baggage attached.

Sugar babies would get to enjoy the finer aspects of life -- receiving generous allowances, luxurious gifts, exotic vacations, and shopping sprees across the globe.

Closely watched by the government

At the time of the company's announcement of their expansion into Singapore, Minister for Social and Family Development (MSF) Desmond Lee announced that the police would "keep a close eye" on the platform, as reported by Today, on Feb. 5.

Lee further added that the government “collectively objects” to sites that “commoditise and devalue” relationships and will take action under the Women's Charter, "including possibly against the website and its owners", should there be any procurement of sexual services for payment.