Coordinating Minister for Infrastructure Khaw Boon Wan has come out to say that people who buy 50-year-old flats may be able to see their flat prices appreciate for at least 10 years.

This was according to the Straits Times which reported that Khaw was speaking at a post-National Day Rally dialogue involving 200 youths from Sembawang GRC.

Going further, Khaw added that it was possible for 70-year-old flats to appreciate in value with the newly announced Home Improvement Programme (HIP) II and Voluntary Early Redevelopment Scheme (VERS).

Promise to prop up flat value?

According to ST, Khaw said, "The significance of this is that we actually prop up the value of your old flat... As long as we are in Government, this is what we will do."

Prime Minister Lee Hsien Loong announced the HIP II and VERS schemes at the National Day Rally this year. In introducing these schemes, he said:

"These schemes will stretch over 50 years and more. Several generations, and many General Elections. But we are planting the seeds now – conceiving the plans, investing the resources, building the institutions. The benefits will be felt by ourselves, our children and our grandchildren, decades from now – 10 years before we start doing HIP II. 20 years before we start VERS and if you are 30 years old, and get enrolled in CareShield Life, it may be 50 years before you need the payouts, longer if you are lucky."

When will depreciation set in?

According to Today, Khaw said that there was a strong correlation between economic growth and housing prices. Housing prices had doubled every few years when the economy expanded between 8 to 10 per cent two to three generations ago.

Khaw noted that with Singapore's economy maturing and growth hovering between 2 and 3 per cent, the appreciation in housing prices will not be as significant as before.

While Khaw said that his government would prop up the value of flats, he also said that flats will depreciate in value closer to the end of their 99-year lease.

However, Khaw noted that there is no reported market statistic to show at what point in their 99-year lease would flats actually start depreciating in value.

A 2017 ST article, "Will you still love your HDB flat when it's over 64?", reported on the possibility that an HDB flat's price may start to depreciate once it hits 64 years-old and restrictions to financing kick in, making it harder for someone to buy a flat with 35 years remaining on its lease.

Reactions to propping up flat prices

While he tried to drum up optimism of appreciating flat prices, some netizens expressed concern that appreciating prices will affect young buyers: 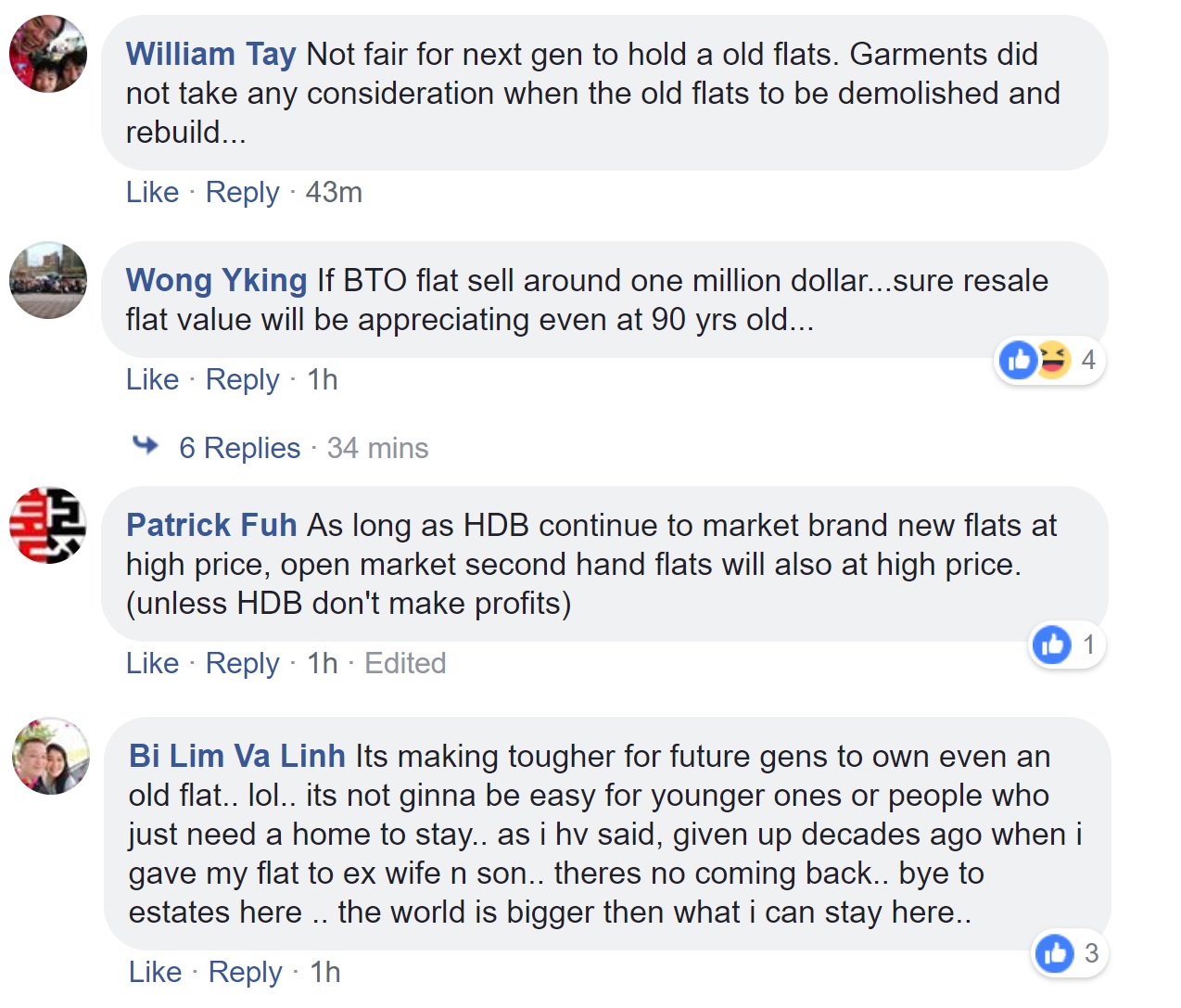 Perhaps if everyone thinks like legendary ST comments troll Peter Tan, the government would have an easier time: 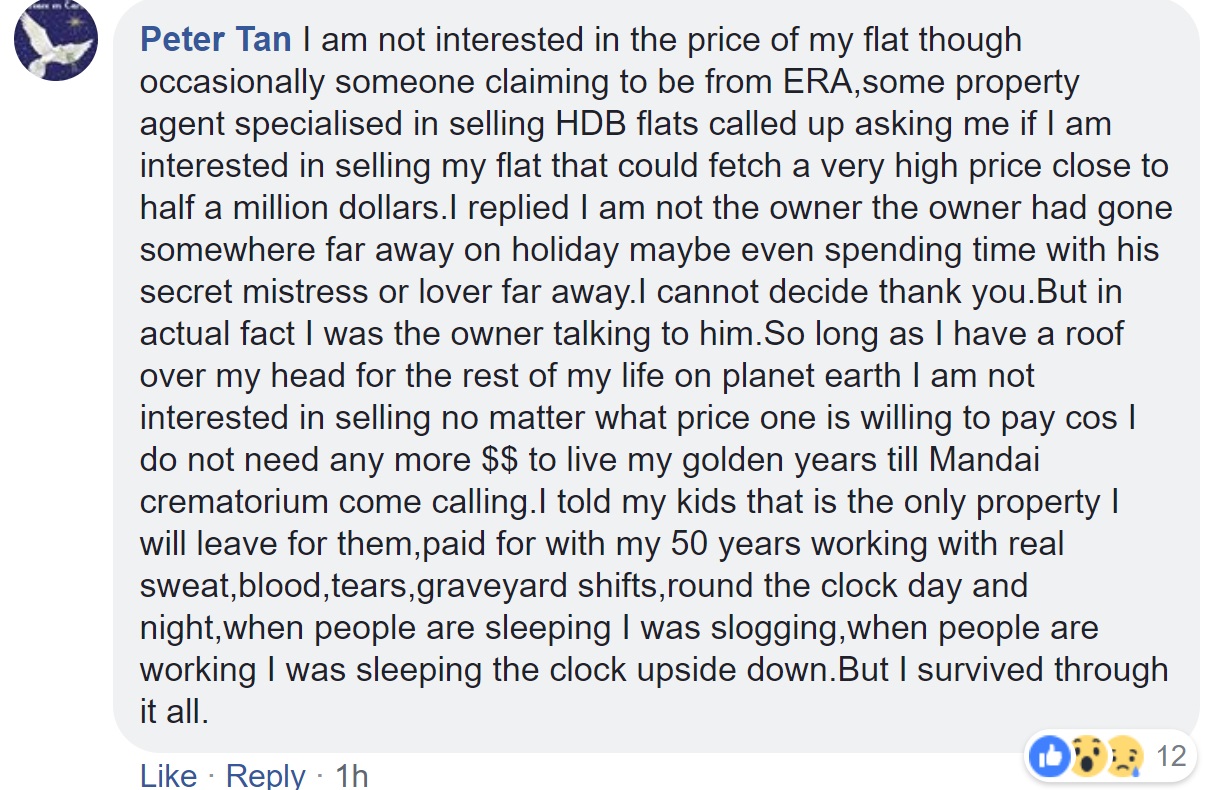