Here's a piece of art anyone who uses Photoshop can relate to:

It is created by Yu Xin, a 25-year-old full-time computer graphics game artist.

These key chains -- at S$7 each -- along with many others, are currently on sale on Etsy, an online store for makers.

They were spotted on sale at a local convention over the weekend by Geek Culture.

Inspiration for the idea

The origins of it?

The key chains are designed by a former Nanyang Polytechnic/ Digipen graduate, after she was subjected to making major revisions for one design project she was working on that lasted almost a year.

It culminated with her wanting to channel her frustration with her day job into designing some high quality crystal acrylic key chains, as her hobby is selling trinkets on arts and craft site, Etsy.

She made 10 pieces for each design for the first batch only. Friends and colleagues snapped them up.

She has 10 different keychain designs in mind, which she loosely calls her “Artist Memes Series”.

She then produced between 30 to 100 pieces per design and sold them at 2018 Singapore Toys, Games and Comics Convention (STGCC), held from Sept. 8 and 9.

A photo of her keychains was widely shared after it was posted by Geek Culture.

This resulted in an influx of visitors who popped by her booth and her online Etsy store.

The two designs -- Ai and Ps -- resonated with a lot of people, which surprised the designer as she had not realised how the frustrations of the users of these software were more commonplace than previously thought.

She also said she is proud of the “Graphic Design Is My Passion” key chain, which was made intentionally ugly.

When she woke up on Sunday, the second day of STGCC 2018 -- after selling out the pieces she brought to the event on Saturday -- she found over 200 pre-orders waiting for her at her Etsy store.

Proof that demand will be overwhelming was when another exhibitor approached her on Sunday morning before the doors to STGCC opened, and snapped up nearly every piece in her Design Series of key chains. 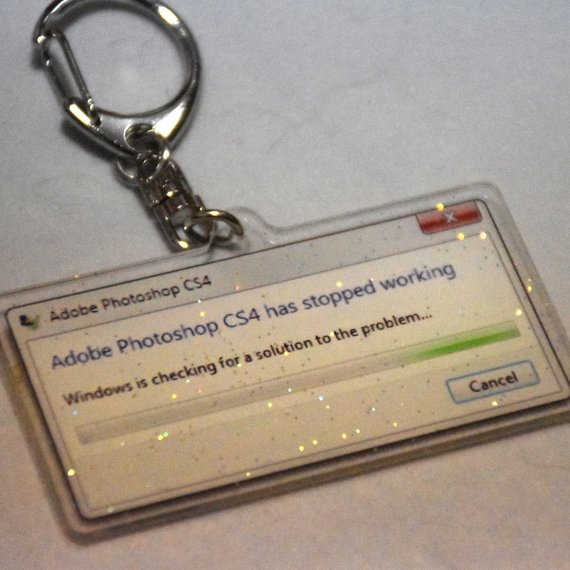 She is currently trying to fulfil pre-orders -- a task she carries out at night after completing her day job.

She is preparing more designs and will have a physical booth again at the upcoming video games convention, GameStart 2018, which is slated to take place next month, on Oct. 13 and 14, 2018.