This could have easily been a story of an entitled parent uploading an exchange with a teacher hoping to garner commiseration from others but ending up receiving flak for being entitled instead.

But in reality, it's a slightly more nuanced story of how you should never exclude key details to your rant. If not you'll have the Internet hate on you.

Let's start with what was uploaded first. 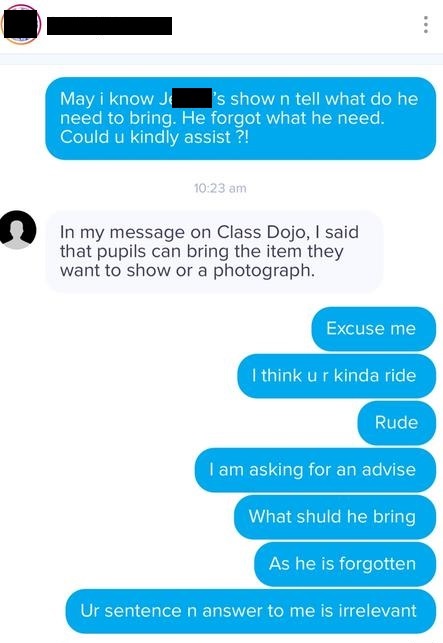 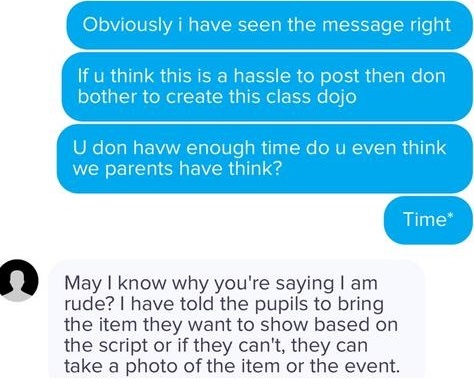 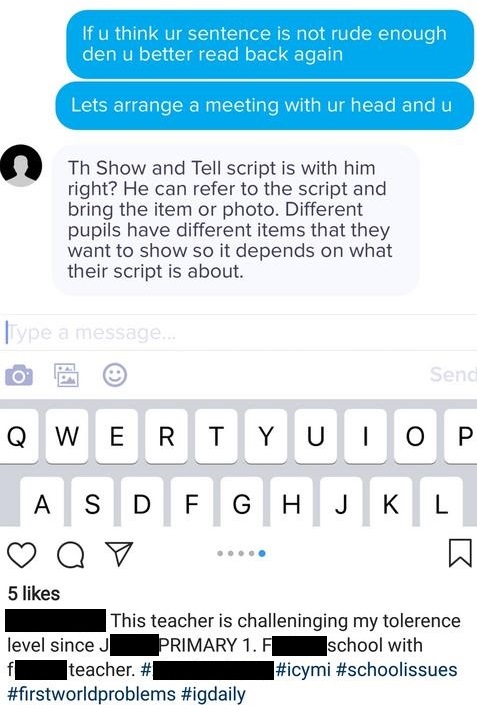 From the post, the mother of the child, J, is taking issue with the teacher's tone and her perceived unwillingness to help with J's mother on what was needed for J's show-and-tell assignment.

The teacher was trying to explain to the mother that the requirements were all uploaded on Class Dojo, an app for teachers to post announcements and student reports that can be accessed by parents.

The exchange is cut off after the teacher asked if J had his show-and-tell script with him. The conclusion seemed to be that the parent will be meeting the teacher and her head of department.

Then it went on Hardwarezone

Screen shots of the mother's Instagram post were subsequently uploaded onto Hardwarezone and the comments all berated the parent's handling of the case.

Here are some of the less brutal comments: 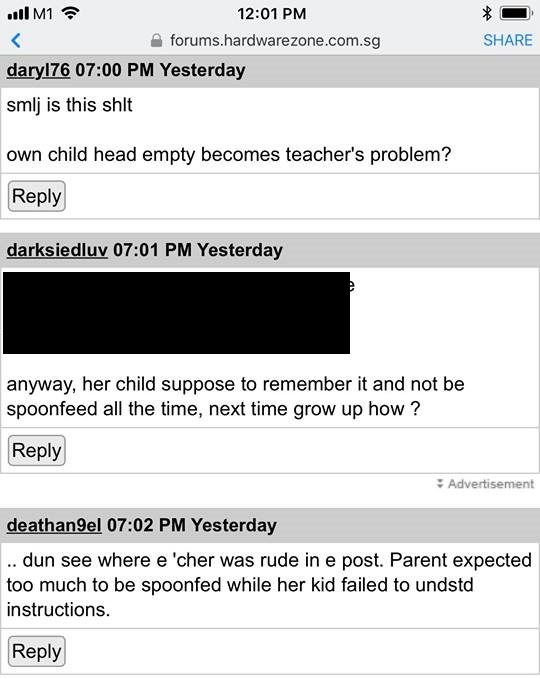 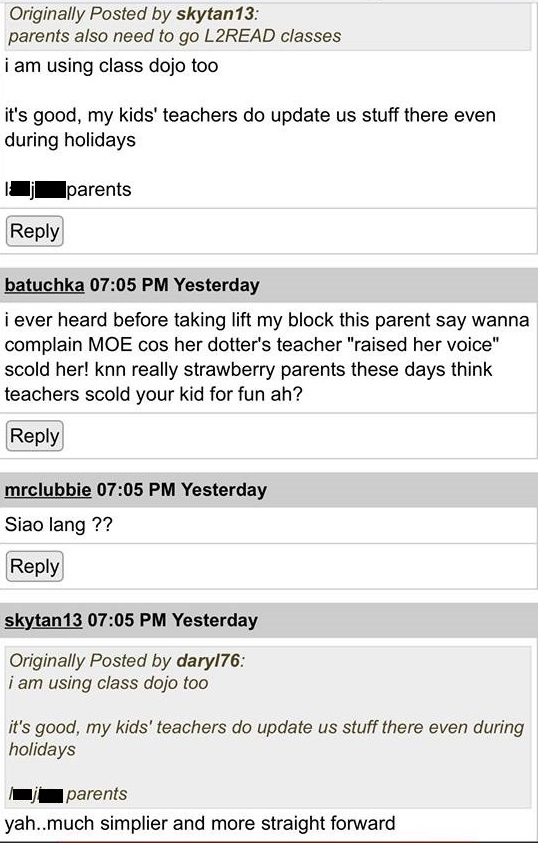 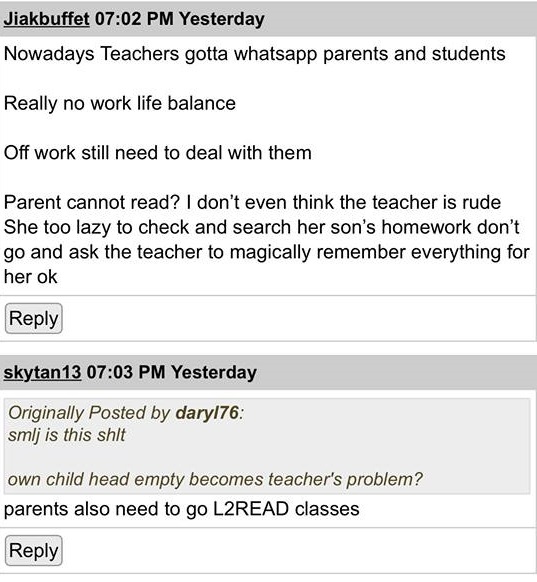 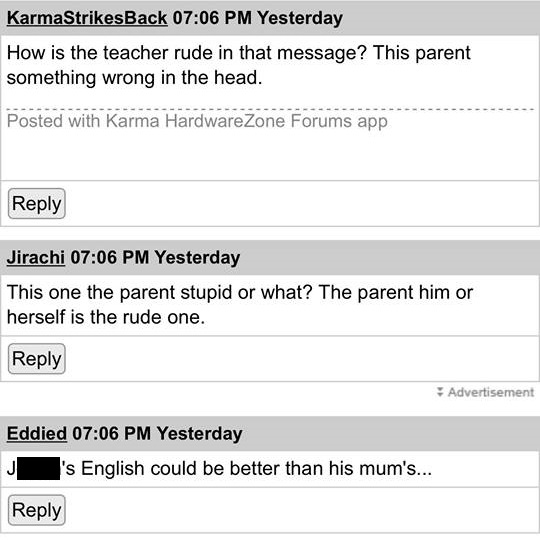 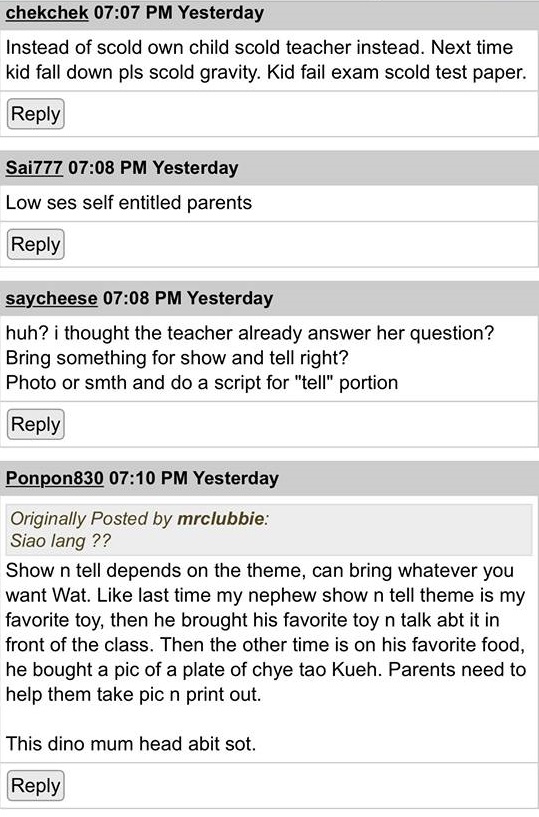 Her son never received the show-and-tell script from his teacher. That was why she was asking the teacher for help and why she viewed the teacher's response as unhelpful. 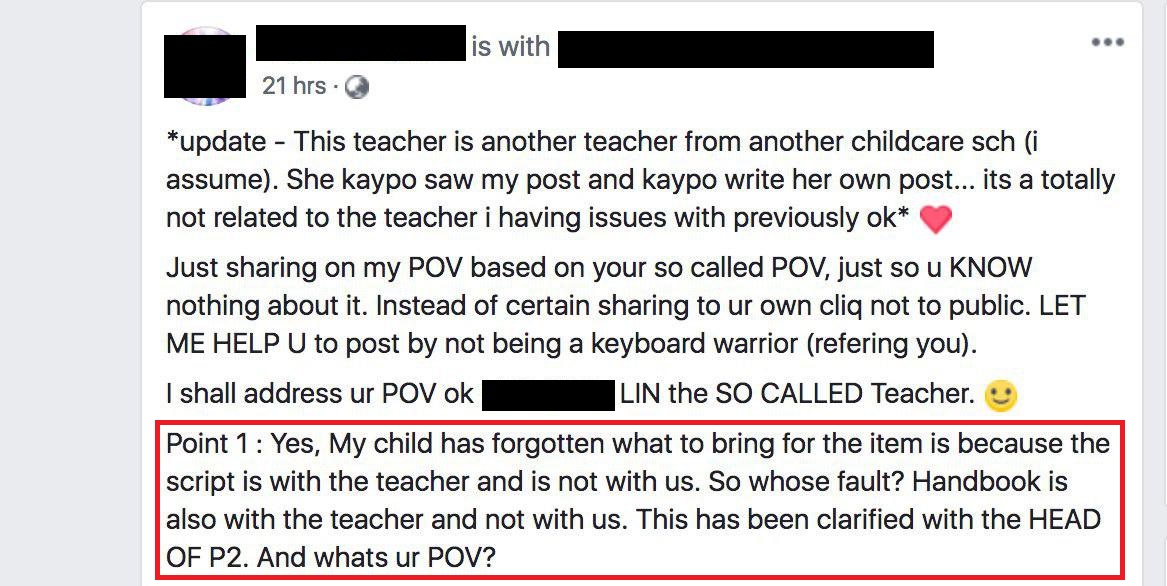 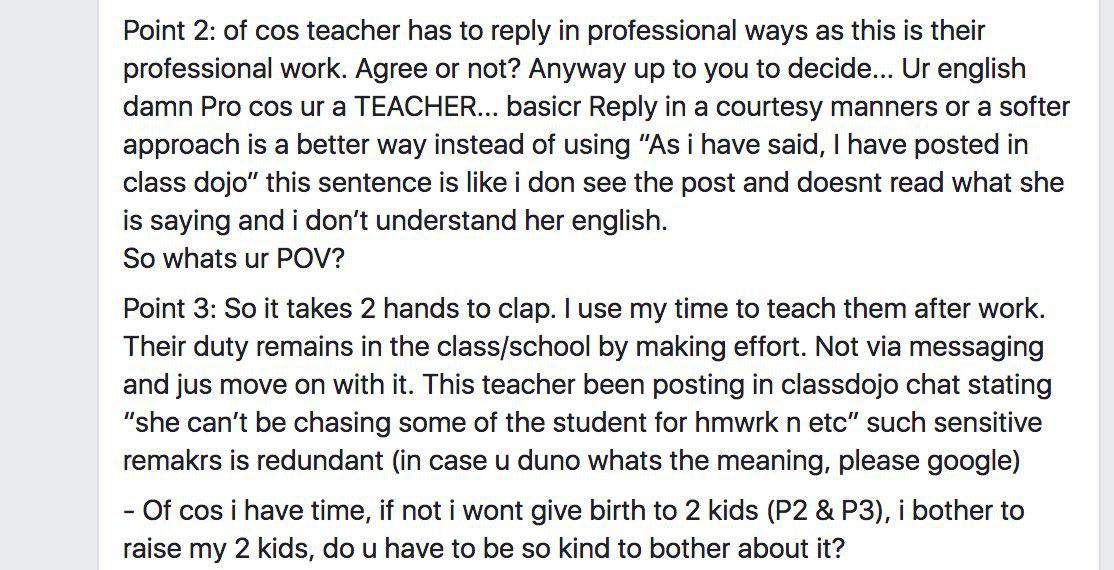 However, this wasn't the end of it. At least one other person posted on her Facebook post saying that the first teacher was not being rude: 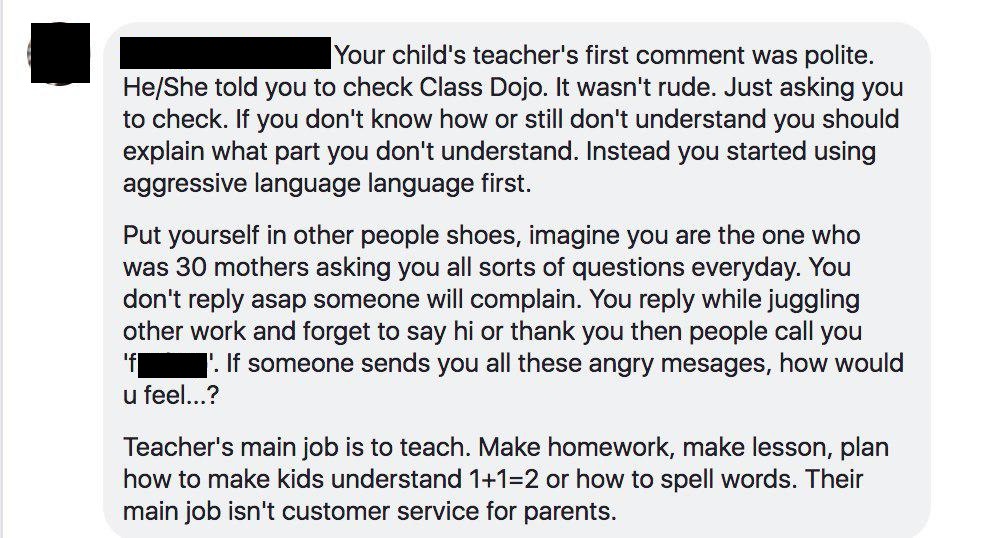 This caused the mother to launch a tirade (all the comments in the following screenshots belong to the mother): 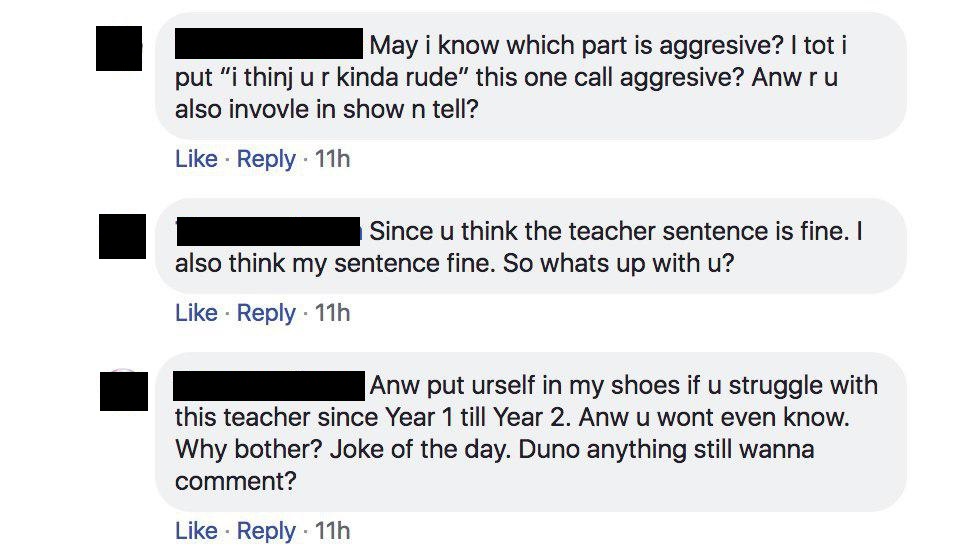 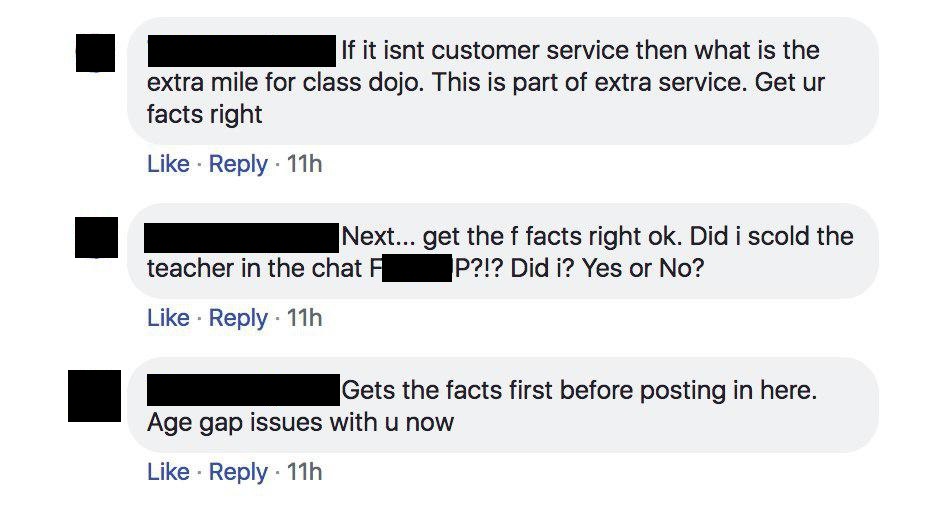 As of now, the Hardwarezone thread is over 40 pages long.

As for the mother? She has chosen to stay off social media for the time being:

Video and screenshots from Hardwarezone