We Bare Bears centres around three talking bear siblings (Grizzly, Panda, and Ice Bear) who have quite an adventure living in present-day San Francisco among human beings.

It’s pretty hilarious and surprisingly relatable for a kids’ show with all its jabs at modern society, such as fad diets and our obsession with followers on social media.

The Merlion in an aquarium

The National Day episode titled "Lil Squid" features the three bears as babies, where they try to reunite a little squid with its family.

In the midst of their adventure, the bears build a submarine and explore an aquarium, where they come across The Merlion. If you're wondering why The Merlion is popping up, the show's creator Daniel Chong was actually inspired by his recent trip to Singapore for a local Cartoon Network workshop with kids.

In case you didn't know, Chong's parents are Singaporean. Chong himself is currently based in Burbank, Los Angeles, CA. 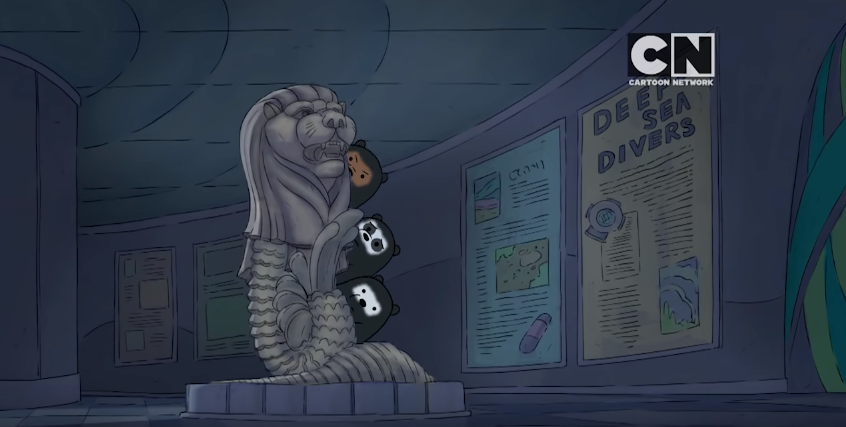 Here's a little clip from the episode:

Both StarHub and Singtel channels will screen the episode at 9am, 12pm, 5pm, and 9pm.

We Bare Bears is really big in Singapore - literally:

Our Merlion is really really big too. In Japan.

[Update: The article was updated to reflect the correct episode screen times for both Singtel and StarHub channels.]