The threadstarter re-posted an article from Transitioning.org which shared a picture of a letter from HDB informing 'Liza' that the keys to her 4-room flat was ready for collection. The letter also said that she had to pay $84,147.35 on the day of collection.

The re-posted article, authored by activist Gilbert Goh, noted that 'Liza' was currently working full-time but her husband was working as a part-time porter.

This was the "main subsequent reason given by HDB for the massive cash outlay". The article said that the HDB Home Loan "may be very minimal based on one person’s income."

It went on to lament: "The way HDB mysteriously omit out the loan details for many BTO flat owners have caused heartache for many new flat owners as no one can raise so much cash few days before getting the house keys effectively turning a happy occasion into a nightmarish experience."

Usually responses for threads that deal with bread-and-butter issues take on some form of "she can blame the 70% for this" mentality.

But not this time.

Several forum users pointed out that Liza had only herself to blame for the predicament. Another user tried to estimate her income and how she ended up with the $84,000 upfront cash outlay. 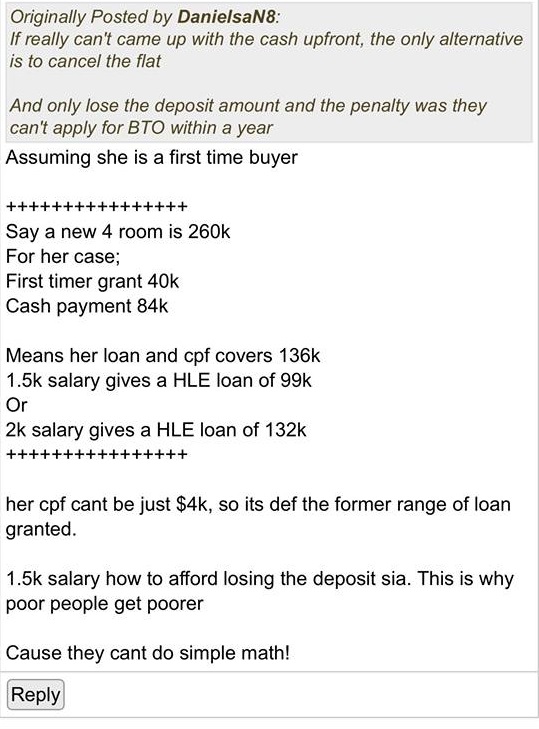 Most forum users gave a pragmatic solution to Liza's woes - she should've gone for a 2- or 3-room flat.

One forum user pointed out that perhaps when Liza and her husband first applied for the flat, they were both employed full-time. Therefore they were not prepared for the lowered HDB loan quantum when her husband switched to a part-time job. This may explain the 'shock' from the increased cash outlay. 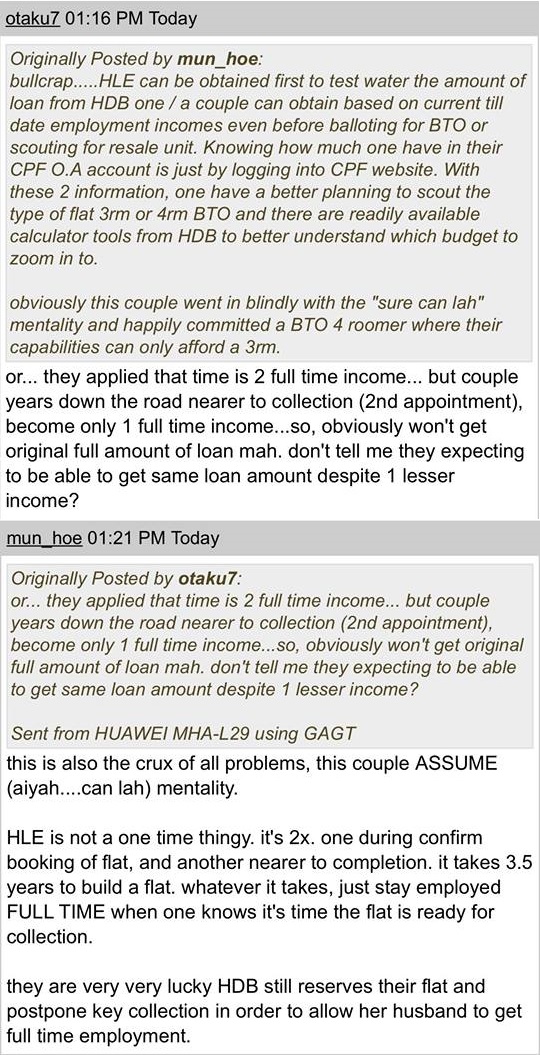 Someone stirring the pot?

Some users also pointed out that the article did not fully explain the circumstances behind Liza's predicament, and was light on details. 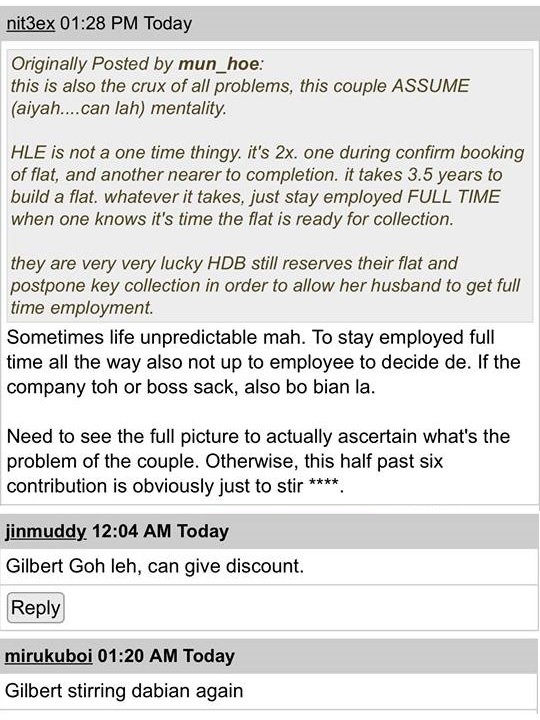