Since 2016, Michelin has awarded the Bib Gourmand to various eateries in Singapore, including hawker stalls.

The Bib Gourmand award recognises eateries with menu items that cost no more than S$45, for their value for money. This is separate from the Michelin stars, which will be announced in the full Michelin Guide Book. In previous years, we've seen two Singapore hawkers receive this exceptional accolade (of one Michelin star): Hill Street Tai Hwa Pork Noodle in Lavender, and Hawker Chan's Soya Sauce Chicken Rice.

This year, Michelin has awarded 50 eateries the Bib, with 17 of them being new entrants to the list.

The list has also seen some stalls removed from it, including 328 Katong Laksa at Joo Chiat, Liang Zhao Ji soy duck rice and porridge, Shish Mahal at Village Hotel at Albert Court, Peony Jade at Keppel Club and Tsuta at Pacific Plaza.

Singaporeans seem to have grown tired of the annual awards, though. A number of commenters showed a lack of enthusiasm towards the announcement of the new list:

Some commenters went as far as to say they were glad that their favourite stalls did not make it to the list. 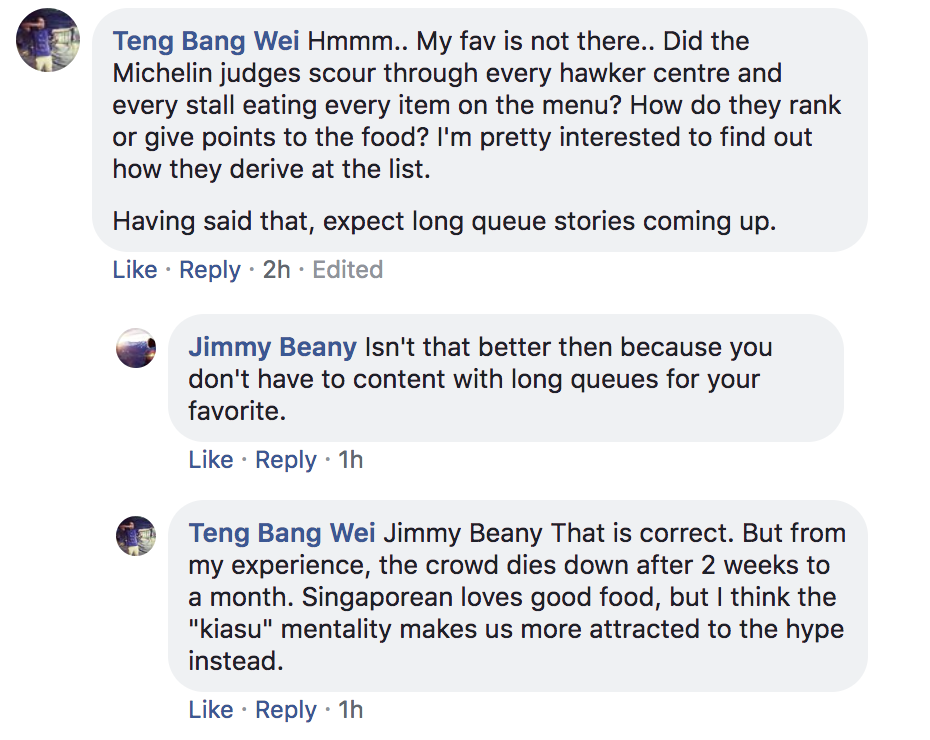 If you're still interested, or you want to see if you need to queue longer at your favourite stall, you can check out the full list here: