Barely days after Malaysian Prime Minister Mahathir Mohamad said that reviewing the water deal with Singapore was “not an urgent matter”, the Johor chief minister said at a press conference on July 5 that water sold to Singapore should be priced at 50 sen per 1,000 gallons.

According to Channel NewsAsia, chief minister Osman Sapian said the matter was discussed with Mahathir.

"We will review the water price agreements with Singapore to make sure that this can be done. It needs to be discussed more ... I think that if the Johor government wants to raise prices at a reasonable rate, Singapore will accept it because that is our hope."

He also said that the price should be similar to the rate Johor sells its water to Malacca.

Osman, 67, was sworn in as Johor's 16th Chief Minister under the new Pakatan Harapan government. He was under the former ruling party Barisan Nasional (BN) for three terms from 1999 until 2013, before being dropped in the 2013 general election.

The prince called Singapore a “neighbour and a friend”.

Singapore's Ministry of Foreign Affairs in response to Mahathir's earlier suggestion that water prices be reviewed said that the "1962 Water Agreement is a fundamental agreement that was guaranteed by both governments in the 1965 Separation Agreement which was registered with the UN.  Both sides must comply fully with all the provisions of these agreements."

Singaporeans have other ideas

The response to the chief minister's suggestion of a price increase of 1,600 per cent was met with more or less the same response: 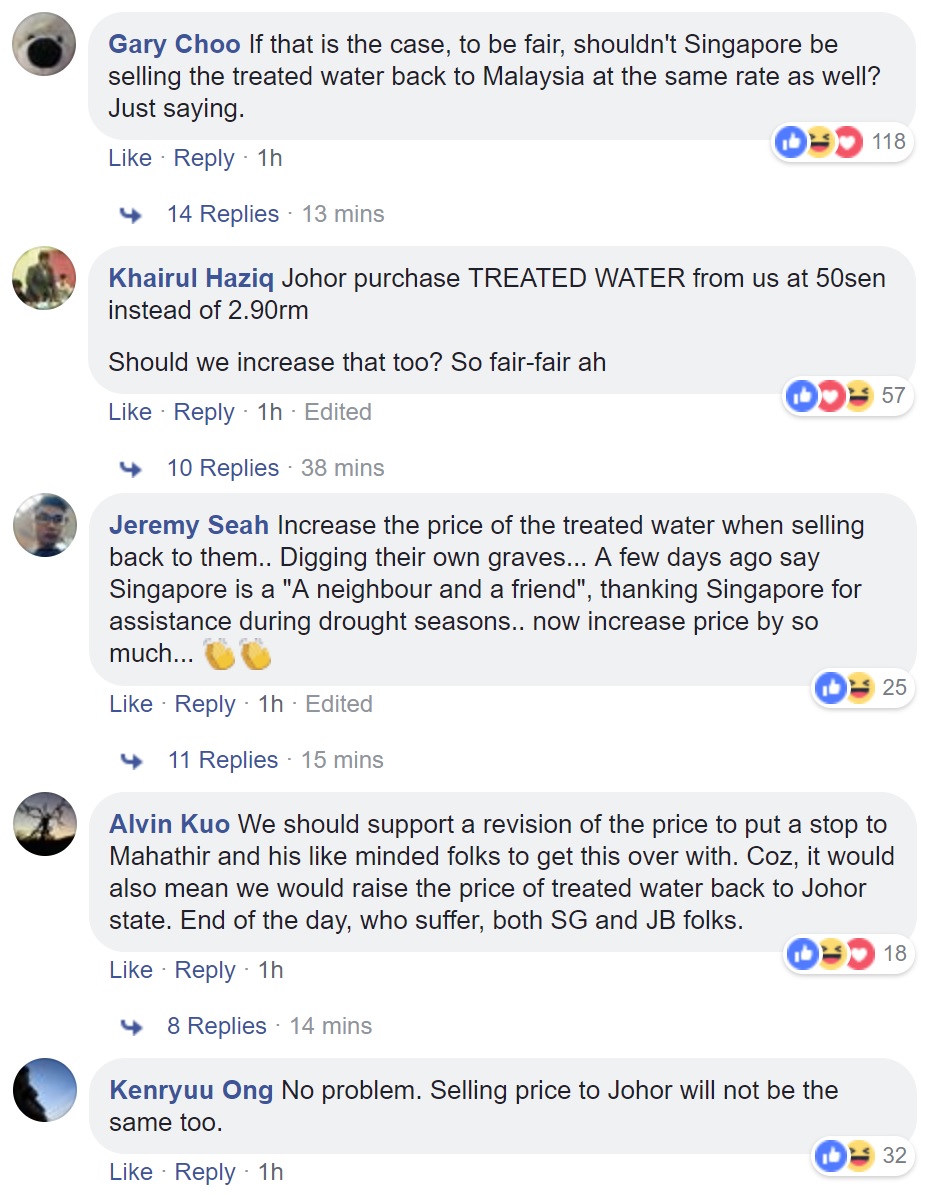 And again, Malaysia's ability to adhere to agreements was also called into question: 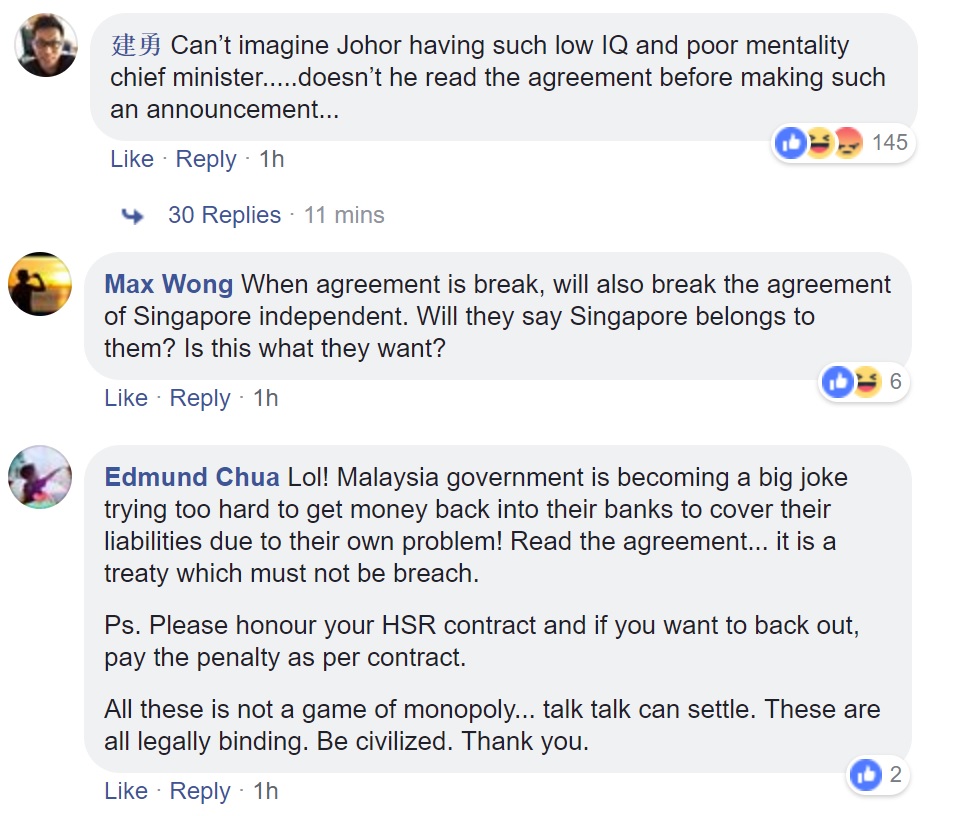 Some Singaporeans felt that this move was a diversionary tactic: Let's hope that the Chief Minister remember his recent friendly remarks about Singapore.

Slightly less than two months ago, he told The Straits Times that Johor welcomes foreign companies, including from Singapore, to invest in the state, adding that Johor "treat all investors the same (way), but maybe a little bit of priority to Singapore" due to proximity".

And for the proximity argument's sake, Singapore is nearer to Johor than Malacca is to Johor. #justsaying