Judging by the slew of sexual harassment stories going around, it's safe to say that perverts in Singapore are aplenty:

But the latest incident to enter public consciousness takes being a pervert to a fictive level.

On June 2, Twitter user @h4yuti4r4 shared a photo of herself on a public bus that was taken by a pervert, who subsequently used it to write his own erotica.

Unfortunately, the victim only knew about the creep shot's existence because someone messaged her on Instagram with a S$300 "offer".

The graphic descriptions have been censored: 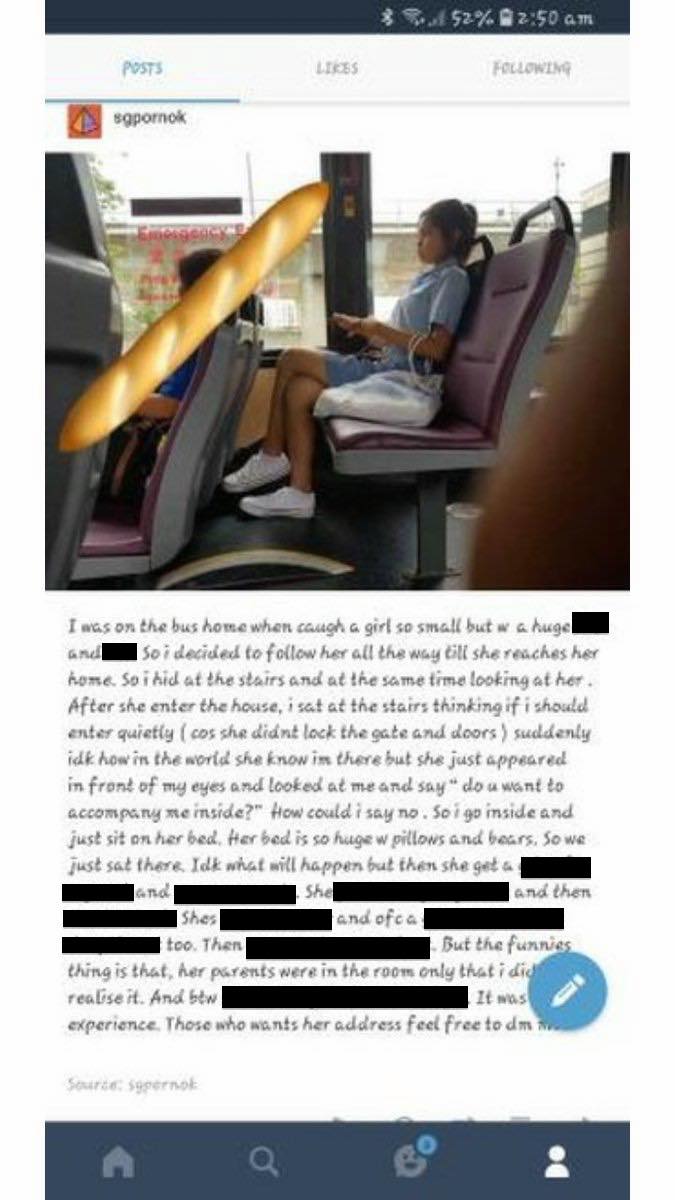 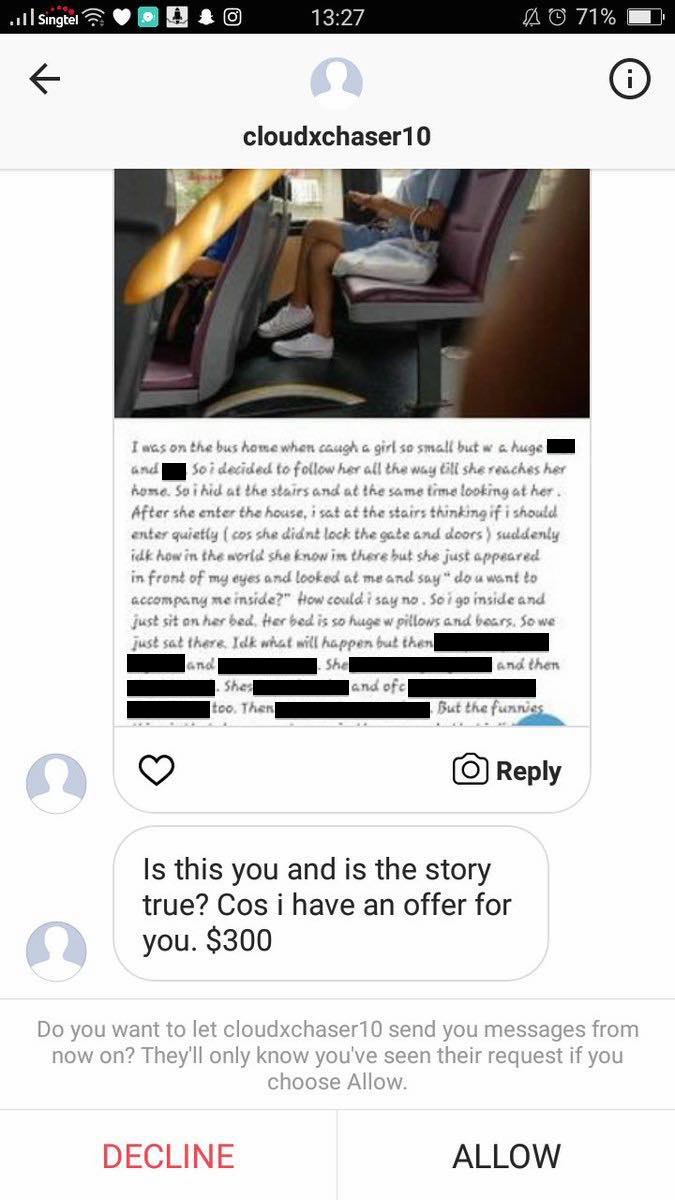 That was when she tweeted that that her photo had been misused: 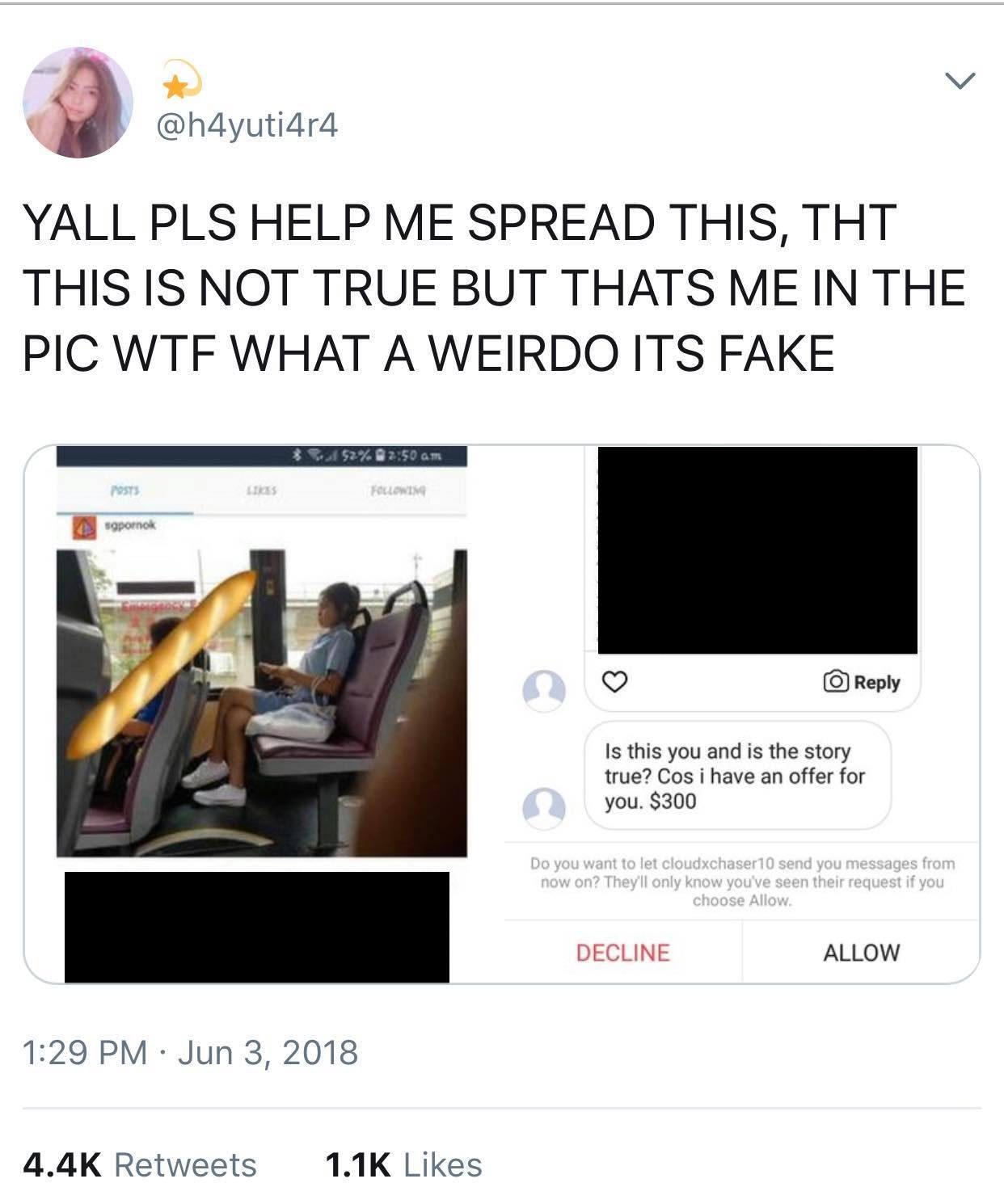 Told her father, who is a police officer

In an update, the victim said that she has informed her father, who happens to be a police officer, about the post:

However, another user has commented with a piece of rather bleak news:

The last we checked, the Tumblr account that featured the "story" is no longer available.

The good news is, a Singaporean blogger is on a crusade to remove more of such privacy-infringing/ sexually-inappropriate accounts: