If you don't already know, this was because many of his Instagram photos were found to be strikingly similar to that of other photographer's, including stock images.

Some of his posts, both paid and unpaid, appear to be created using stock images or photos shot by others.

While royalty-free images are technically free for use, Yow, who identifies himself as a photographer, might have (unintentionally or otherwise) misled his followers to think that the pictures were shot professionally by him.

And for many in the industry who rely on taking pictures for a living, they take issue with his lack of originality and/or lack of transparency in acknowledging the photos that were not shot by him.

Xiaxue, a veteran in the Singapore blogging scene, told Mothership that she feels "quite disgusted" by the whole situation.

Yow, in her view, should not have implied that photos were shot by him if they were not his:

“I’m quite disgusted. I mean those pictures that he didn’t claim is his can still be argued but what’s there to say about the photos he claimed was taken by his Sony camera, or those shots he claimed he spent hours waiting for, or those shots he put into his portfolio as testament of his work?! And these are just the ones that are found out, who knows how many more? Now I’m looking at his feed playing Spot the Stock Photo and taking back my likes. Thanks a lot mothership.”

Preetipls, well-known for her parody videos, uploaded a photo on Instagram where she photoshopped herself against a Shutterstock photo.

She also tagged her location as "Santorini Greece." 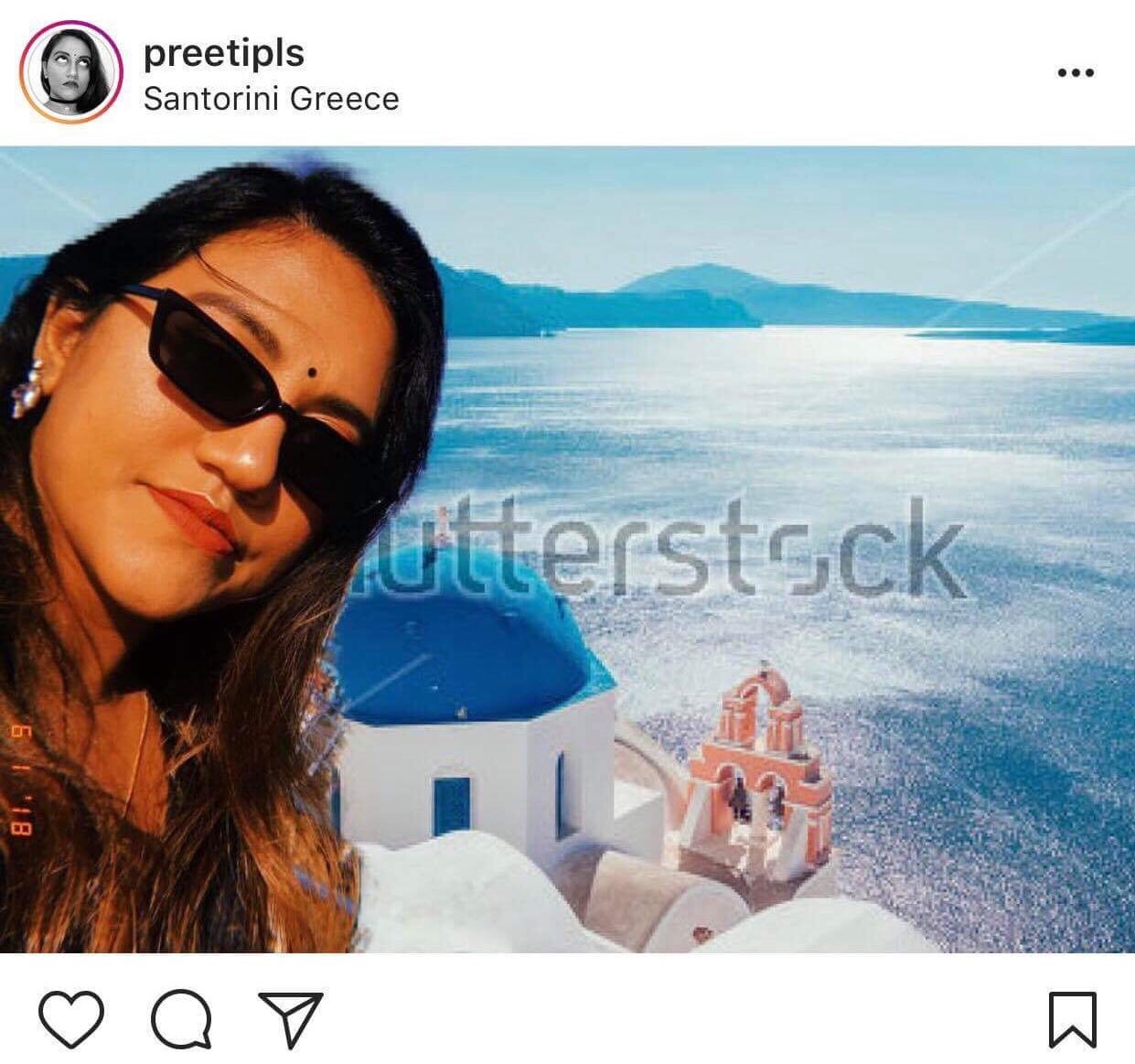 The angriest bunch, however, were the photographers.

Photographer who goes by the Instagram handle jsnjnr wrote that "it is not ok to claim photos are yours if they aren't" and that content creators should "be fair": Another who goes by calvinavigator on Instagram, said that this goes beyond just copying others' concepts: 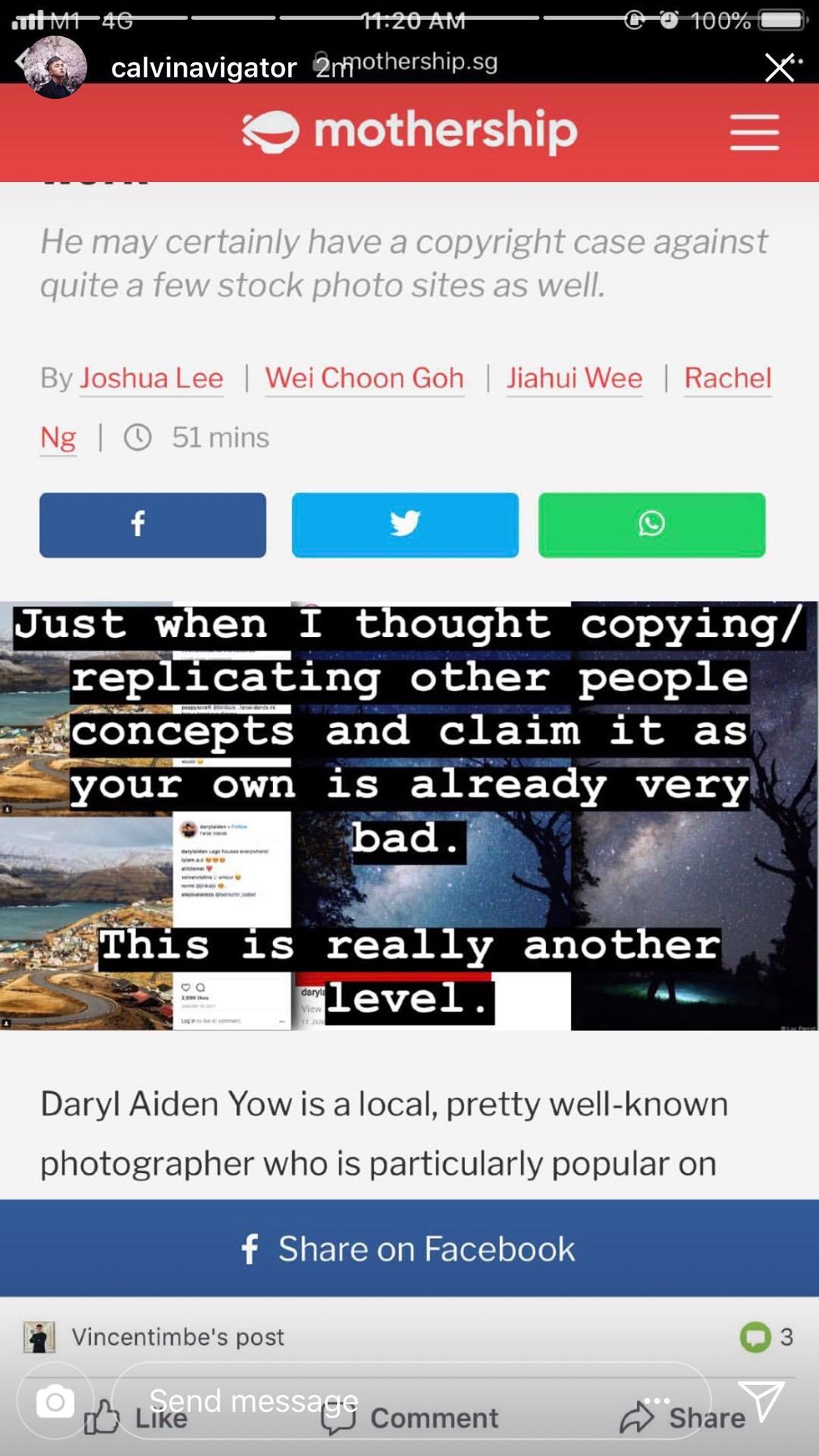 Many other local photographers also took to Instagram in an outpouring of shock: 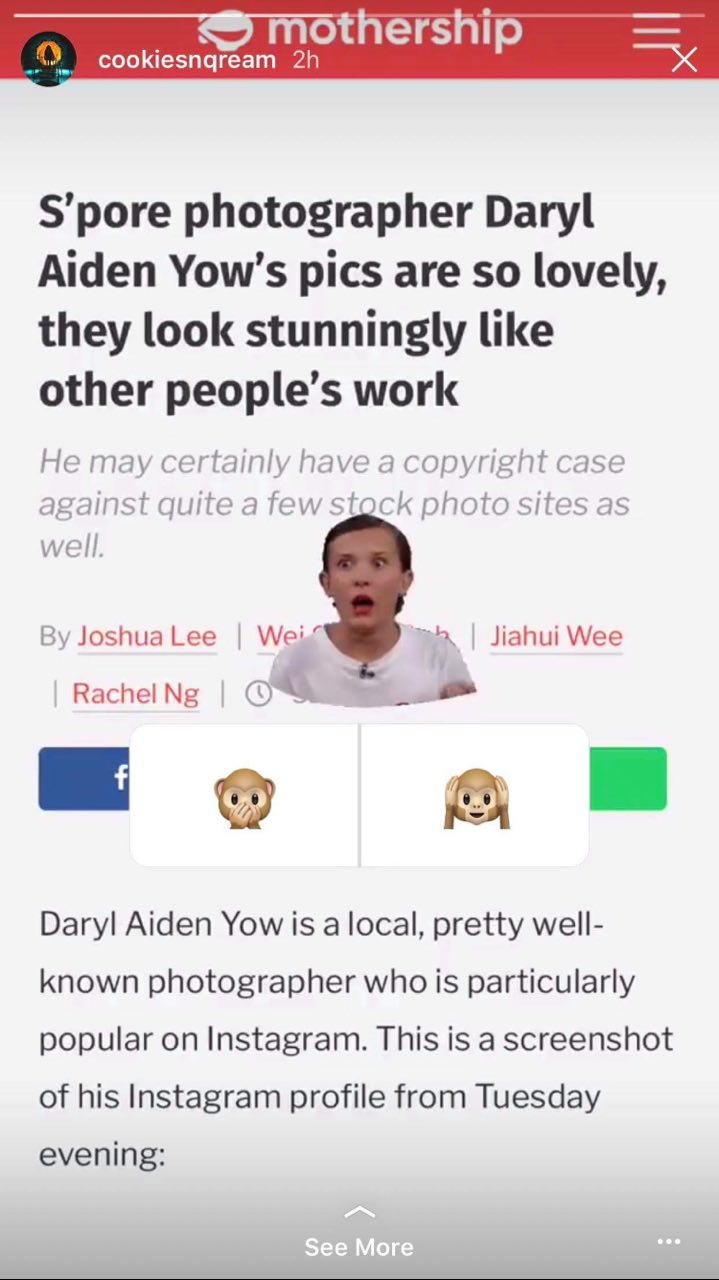 Some highlighted that brands should be more discerning when selecting their photographers.

In a tweet by photographer Alfie Goodrich, he tagged the brands that Yow worked with and said: "I'd be more careful who you work with in the future"

Lots of evidence that Instagram influencer @DarylAidenYow is a thief and fraud. I’d be more careful who you work with in the future @Sony @UNIQLO_JP @oppo @hyatt @SHISEIDO_corp https://t.co/hmk8mOc3W0

Instagram user marczjr tagged Sony Singapore in his story, saying that his photos were shot with their camera.

He also asked if they could sponsor him as well. We will update this story with any other notable reactions.