Daryl Aiden Yow, a local photographer popular on Instagram, was the talk of town today (Jun 20) when it was pointed out that photographs he uploaded onto Instagram, including those for sponsored posts, were similar to those by other photographers:

However, the number of posts on Yow's Instagram feed has been slowly decreasing since the night of June 19 — around the same time we received the tip-off regarding his photos. 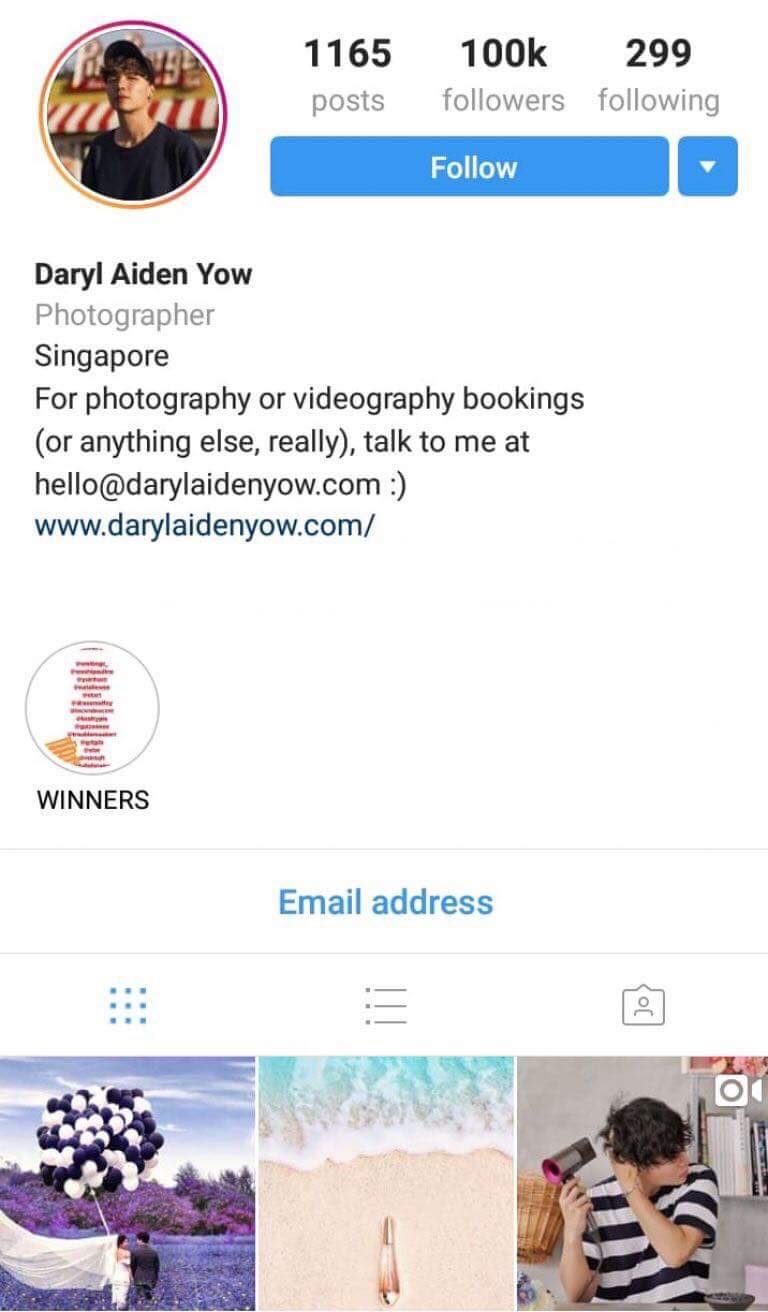 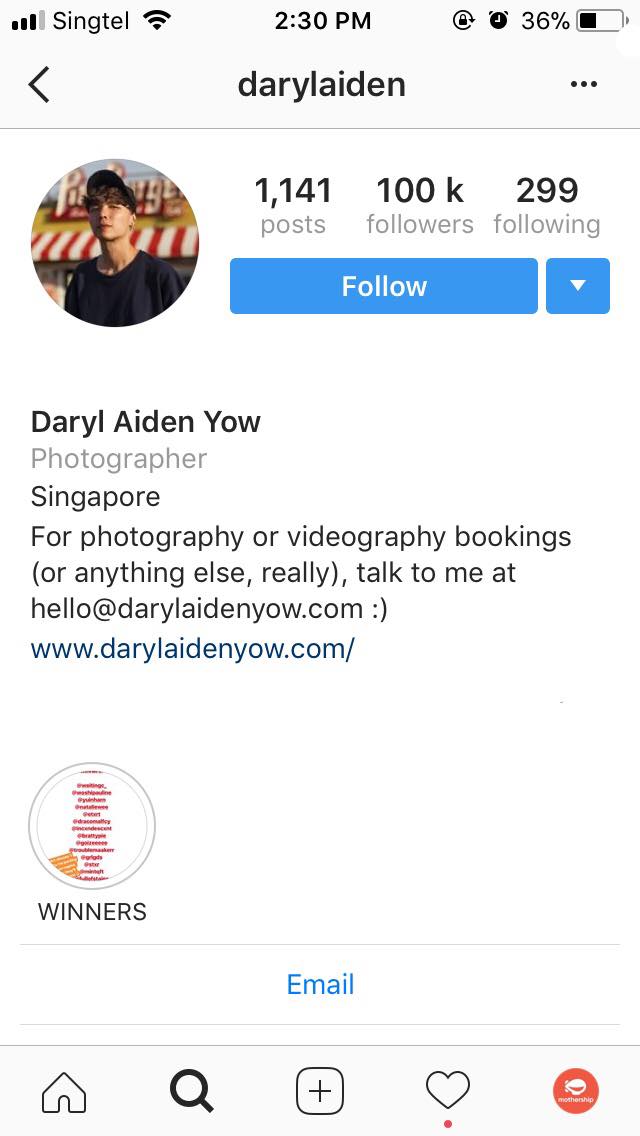 Here are 8 of the photos that were uploaded from between February and March this year that disappeared: 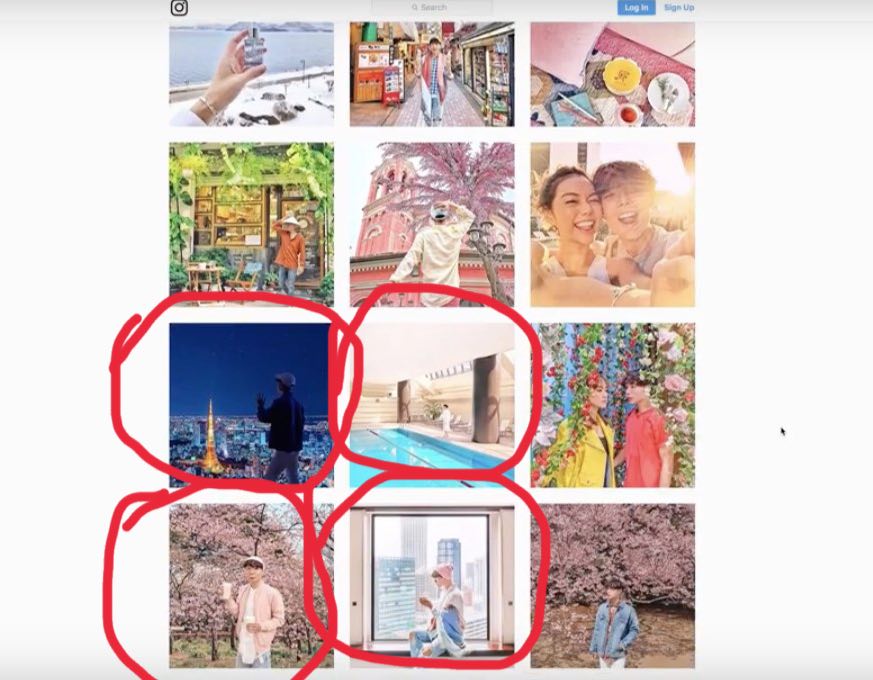 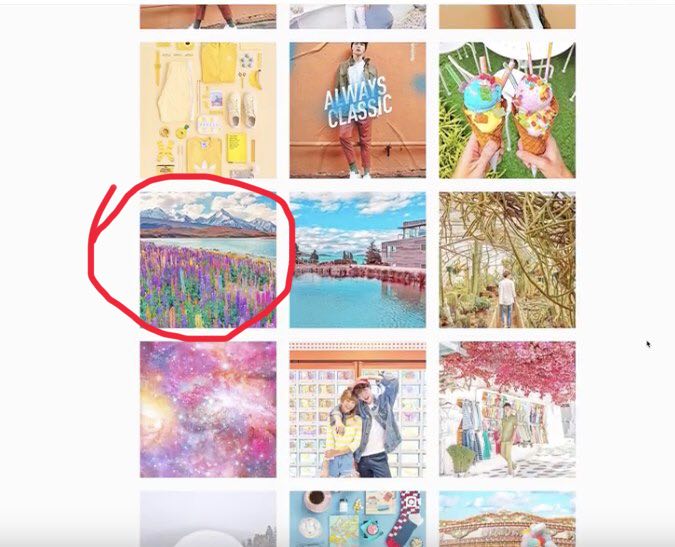 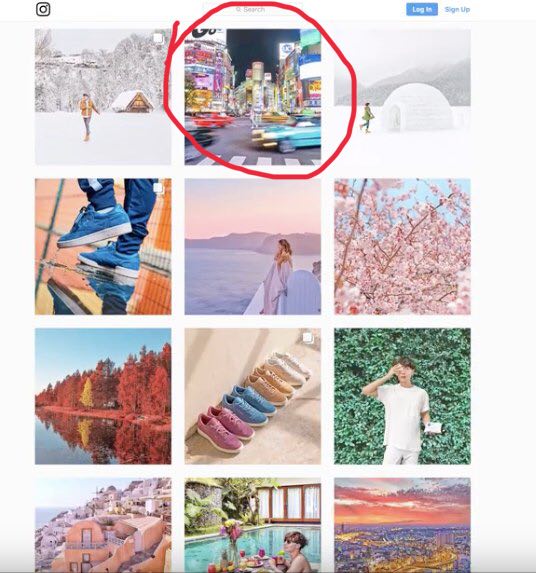 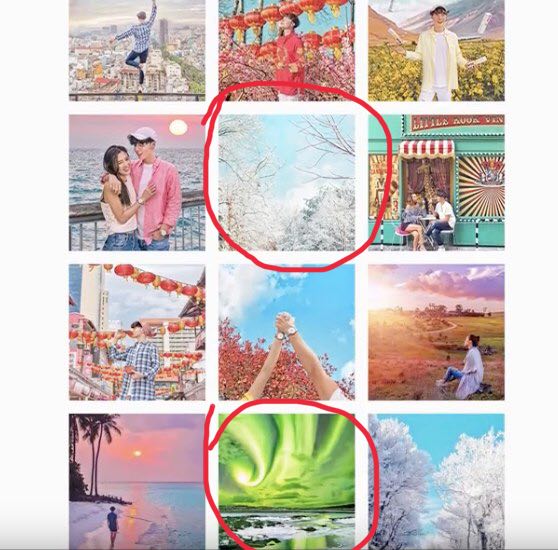 It is still unclear why these photos are no longer available.

Yow also began leaving "credits" on some of his older photos.

However, it seems like the credits don't go to the actual source/photographer, but rather, the sites where he found the photos.

Like this photo, where he gave credit to Pinterest when it actually was taken by photographer Andy Porter: But really, it belonged to one @debodoes, who wasn't too happy to find out that Yow had used his photo without giving proper credit.

At the time of writing, Yow has yet to tag or reply to this Instagram user.

We were told from a tip-off that based on an audit check, that only 64.40 per cent of his followers are real.

However, to be fair, IG Audit takes a random sample of up to 200 followers and therefore, the result is just an estimate and not the exact number.

There is also no concrete evidence that the website works as it should.

Compared to other local personalities such as Dee Kosh (77.40 per cent) and Mr Brown (85.99 per cent), Yow's follower percentage was denoted in amber, which we assume isn't really a great sign.

We also checked out Yow's follower count on Social Blade, a social media statistics website, and found some things were slightly suspicious.

On March 27, his Instagram page had an increase of over 600 followers:

However, we found out that he had not updated his feed on that day.

Granted, the last picture posted on March 25 was a photo with his best friend and fellow influencer, Andrea Chong and it had considerably more likes than his other photos:

Additionally, a HardwareZone member who goes by PiGuDong also pointed that Yow may have gone on a follow-unfollow spree just to gain followers, based on the circled graphs below.

In the second graph, which shows who Yow follows, there is a fluctuation which shows him following and unfollowing Instagram users.

This differs in comparison to the first graph, representing who follows Yow, where there is an almost linear line that goes upwards, showing an increase in followers at a rapid rate.

This took place around the same period.