Every now and then a bunch of old photos surface on the Internet and give us a glimpse of a bygone era. This latest set of images come from Darren Donlen who captured them between 1979 and 1981.

Donlen has graciously allowed Mothership.sg to reproduce his photographs here for our readers.

There are two ways to view the following two photos. They can either be:

We'll leave you to pick either one. 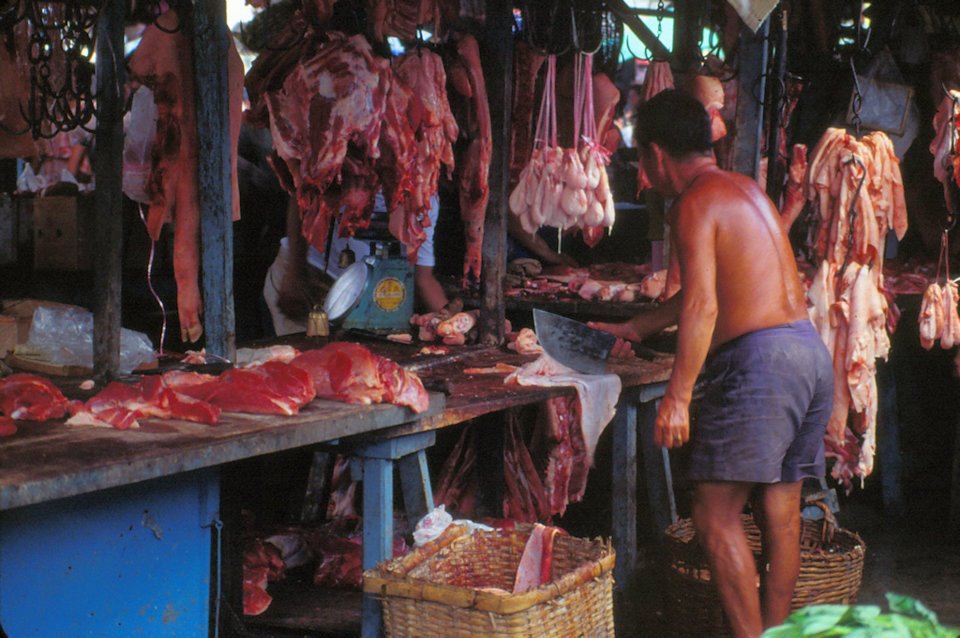 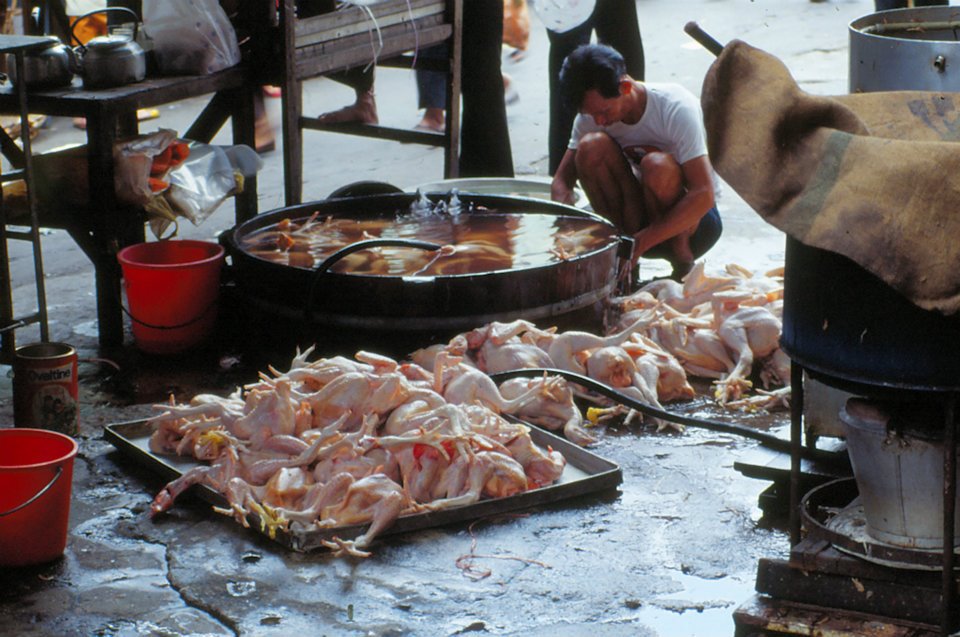 Roadside hawkers and markets such as those above were a common sight. The most famous markets during the 1950s to 60s were the Ellenborough Market and Lau Pa Sat (Old Market). 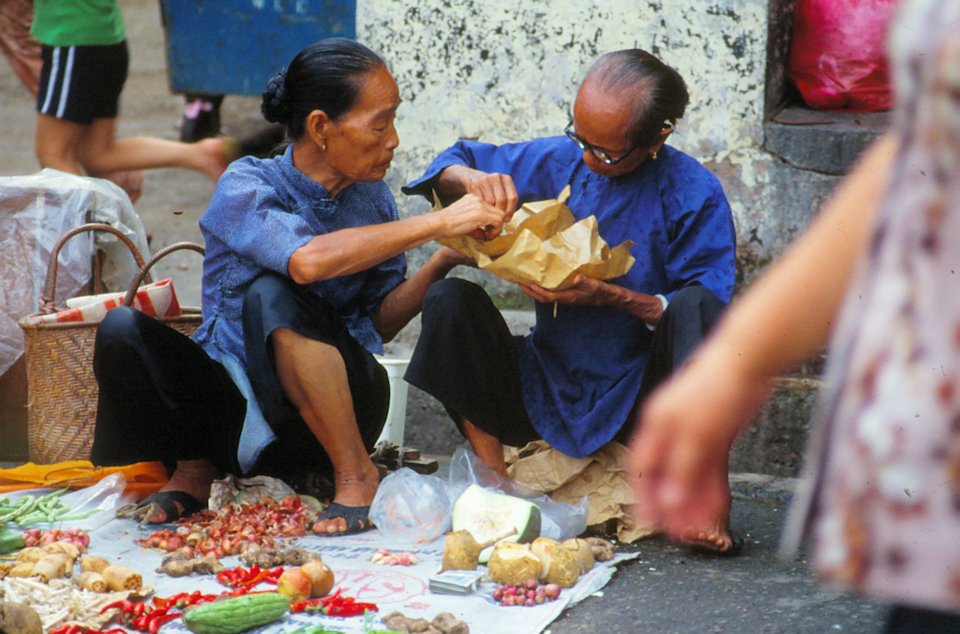 These two ladies above were probably Samsui women. They can be identified by their iconic blue/black samfoo accompanied by a red headdress. Most found work as construction workers while a few took on odd jobs as domestic workers or roadside hawkers. The old Satay Club used to be located near the Padang. Being near the sea, it was the perfect place to eat satay while enjoying the sea breeze. Satay was a very competitive business and there was a wide variety to choose from:

“The food was prepared in front of you, as the man grilled the satay, they added the oil, so the satay was always moist. and they did it slowly. Satay takes about 15, at the very least, to as long as 25 minutes to prepare.”

“Then you had wide choice of satay. There was, apart from chicken, beef, mutton, there was also the lung, skin, gizzard, heart satay.” 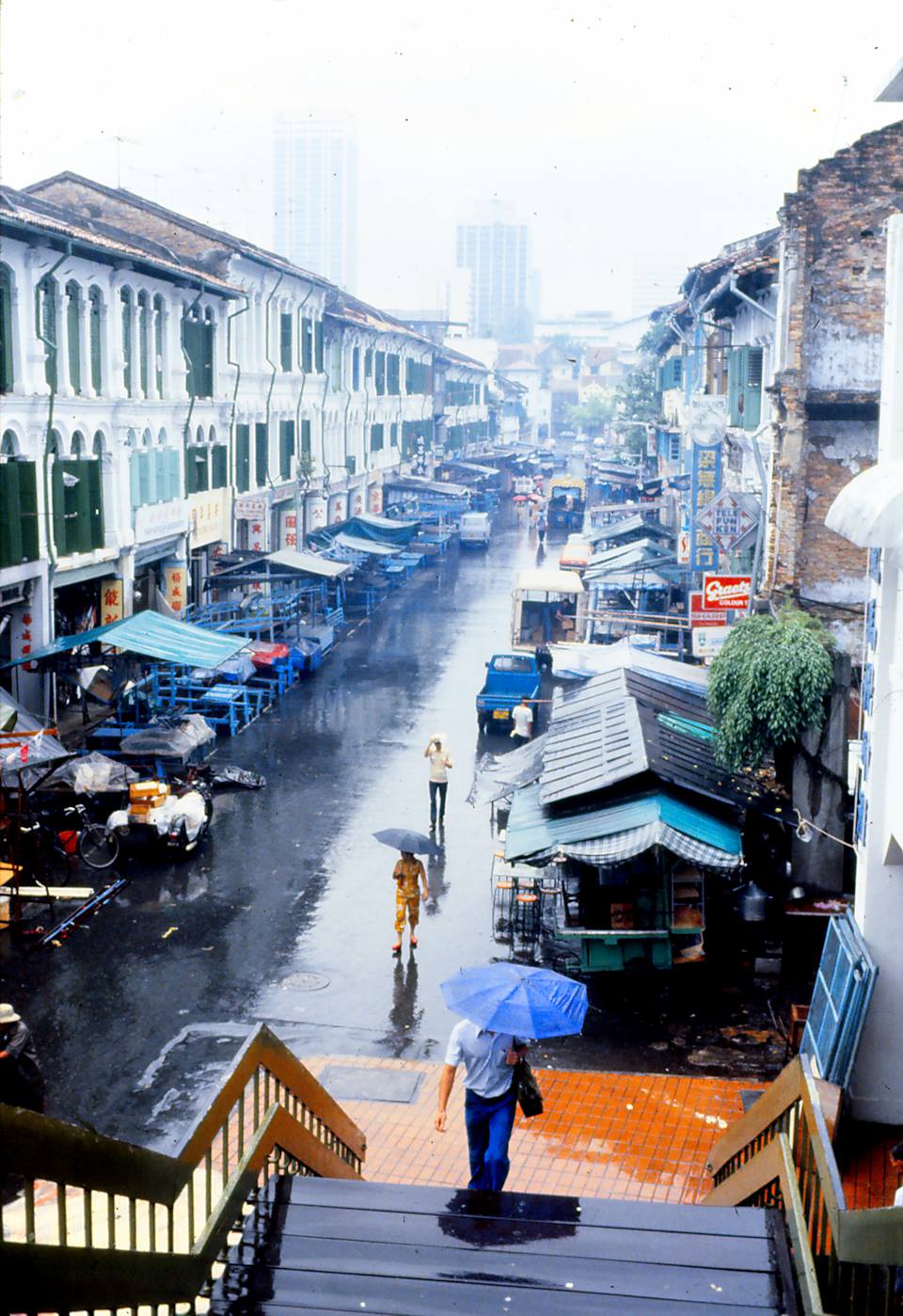 The tower on the right is the Victoria Memorial Hall. The dome on the left belonged to the Supreme Court which is part of today's National Gallery. And the part of the sea in front of the Padang is now reclaimed land. Many of these buildings above are still recognisable today. For instance, the partially obscured building on the extreme left is Fullerton Hotel. Look closely in the background behind the Fullerton Hotel - that is the look of a "pre-Marina Bay Sands" Marina Bay. 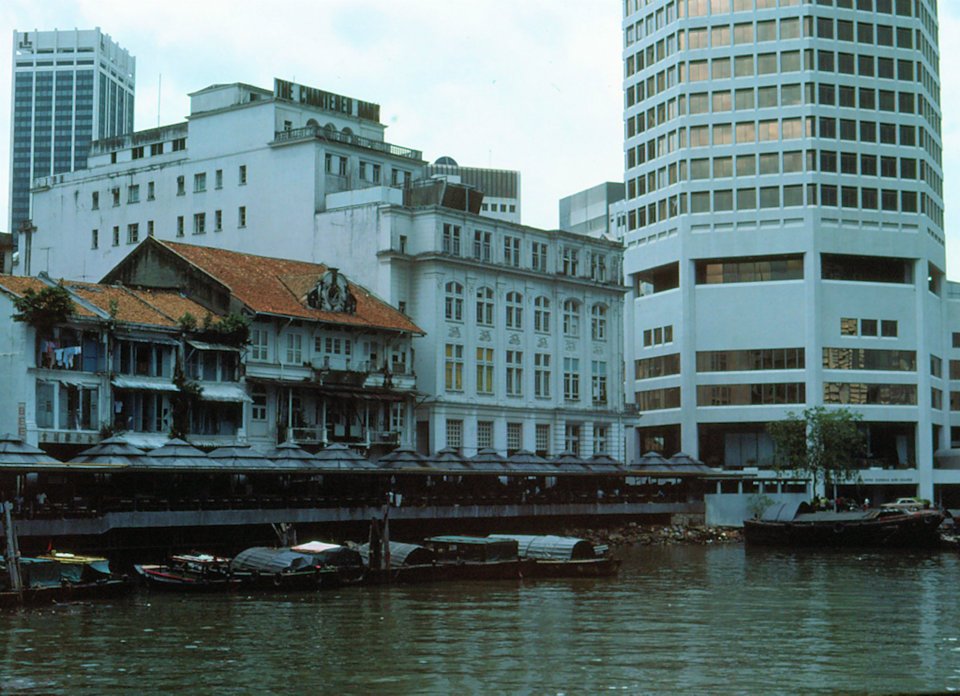 Fort Canning was named after Viscount Charles John Canning, Governor-General and First Viceroy of India (1856–1862). During the 1970s, the green area around the hill was called Central Park. It was where the National Theatre and Van Kleef Aquarium were located. 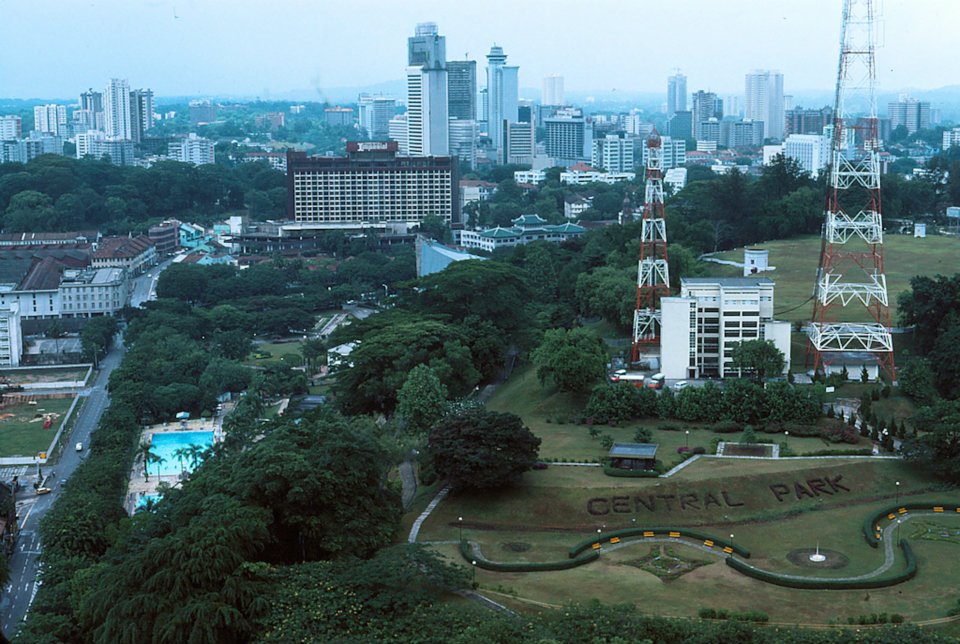 The cathedral below is St Andrew's Cathedral. In the background, you can also see the War Memorial. 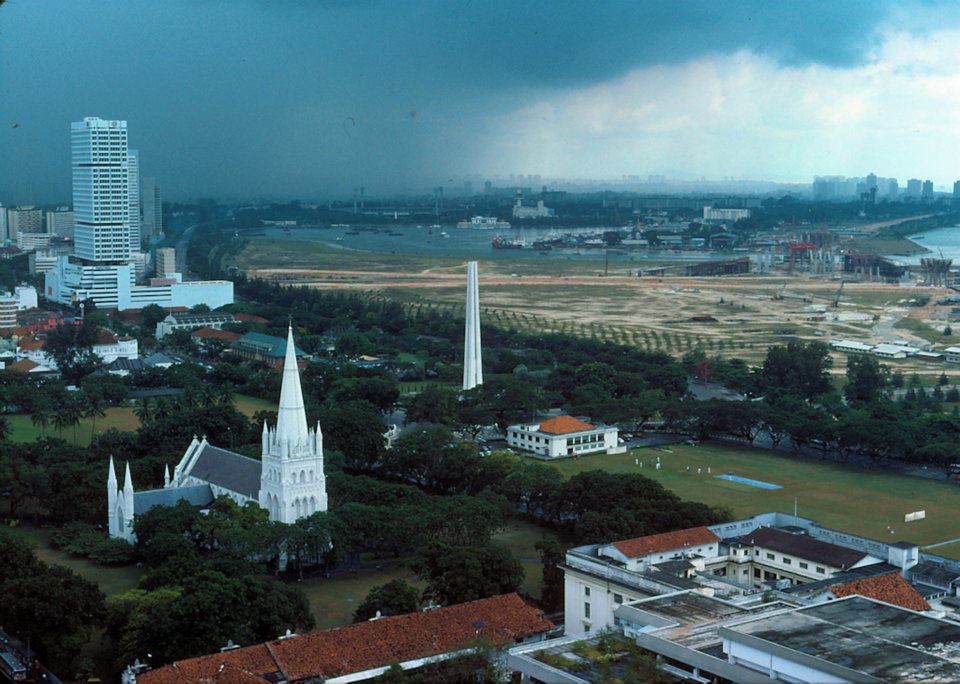 The water theme park was opened in 1977 at East Coast Park, Big Splash's biggest attraction was the multi-lane slide which went so fast, it would shock the sensibilities of parents today. 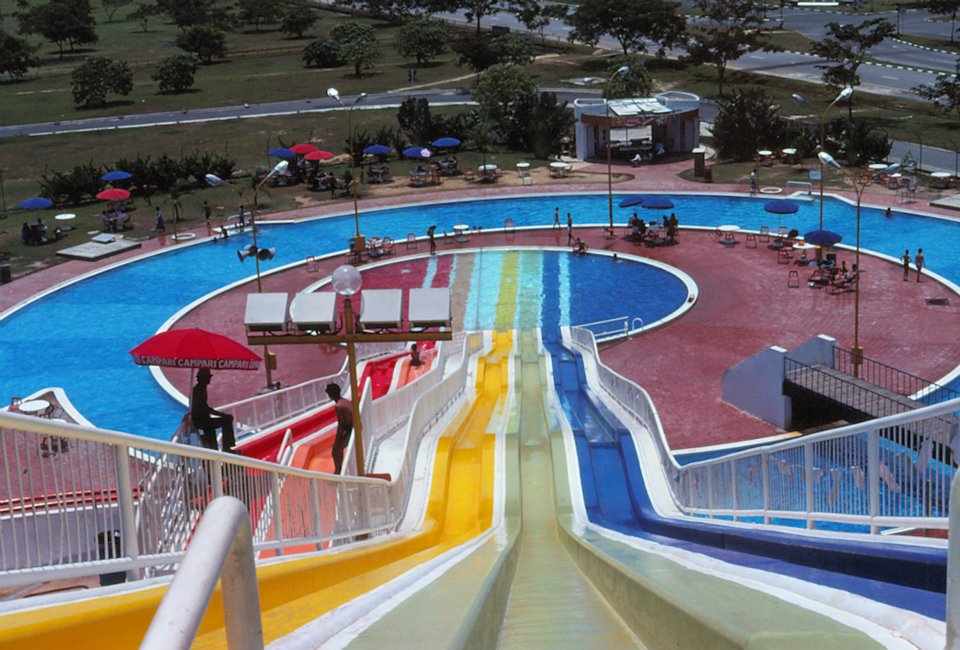 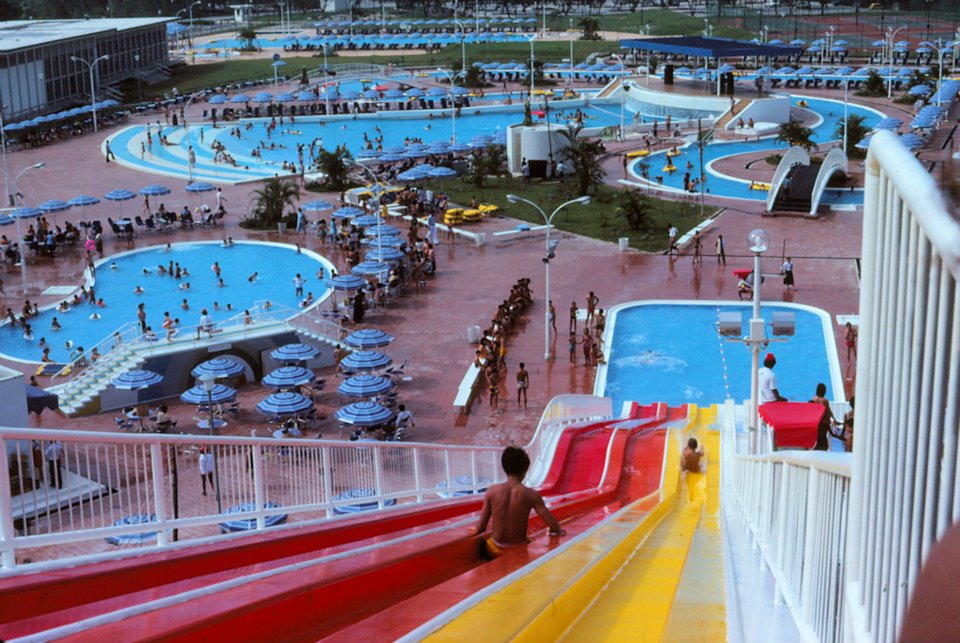 Lastly, the raucous Bugis nightlife makes a short appearance. Spotted below in the first image is a male transvestite, a common sight (and attraction) at Bugis. 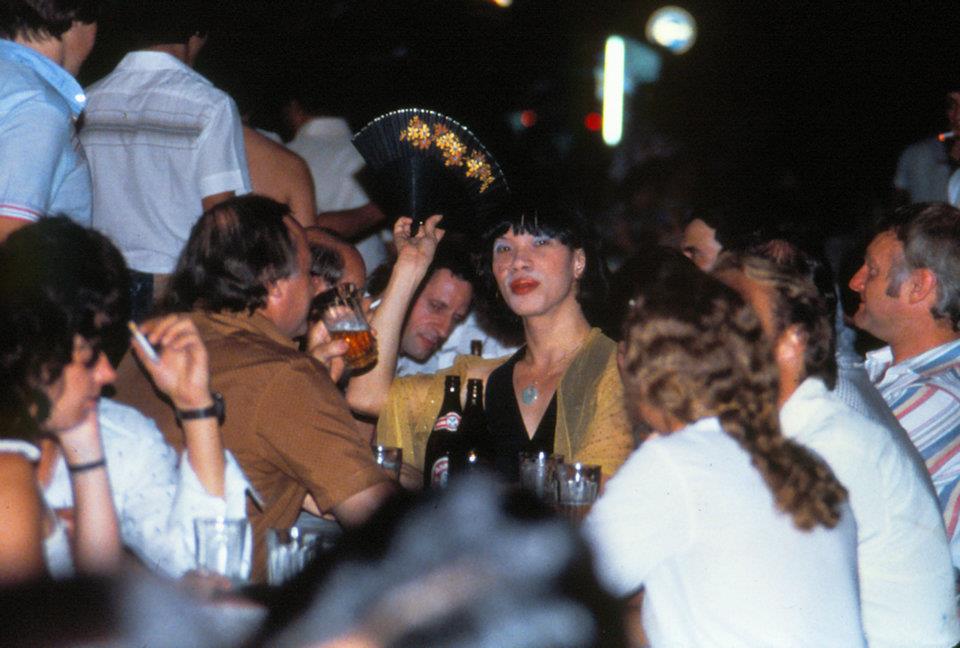 The area was a frequent haunt of foreigners, especially foreign sailors, who would visit for the drinks, the sleaze, and the wo(men).

“Bugis Street [was a food place] visited at that time by foreigners…English army and navy who made stopover in Singapore. Bugis Street is well known for services from transvestites. and the various Chinese foods, such as frogs, snakes, and so on were the favourites among the visitors.” The photos are a reminder of a Singapore from a bygone era - perhaps one that was, through the lens of nostalgia, a little more exciting and colourful.

You can view the rest of Donlen's photographs on Facebook here.

All images courtesy of Darren Donlen.