Over the weekend, you might have heard about the man who jumped onto the hood of a 72-year-old Grab driver's car.

He was since arrested:

And on Monday, May 7, Chee Chu Siong, who celebrated his 26th birthday hours before he allegedly jumped the car, was charged in court.

Mothership contacted the driver's son, Alan Koh, who informed us a person claiming to be friends with Chee got in touch with him, offering an apology on his behalf.

This was after Koh’s post on Facebook, which contained a dashcam video of the incident, had gone viral.

Koh said the friend added that Chee was at the time also agreeable to paying compensation:

However, after a service centre's diagnosis, the total quoted sum amounted to S$14,967.48.

Here's a picture of the invoice Koh shared with Mothership: 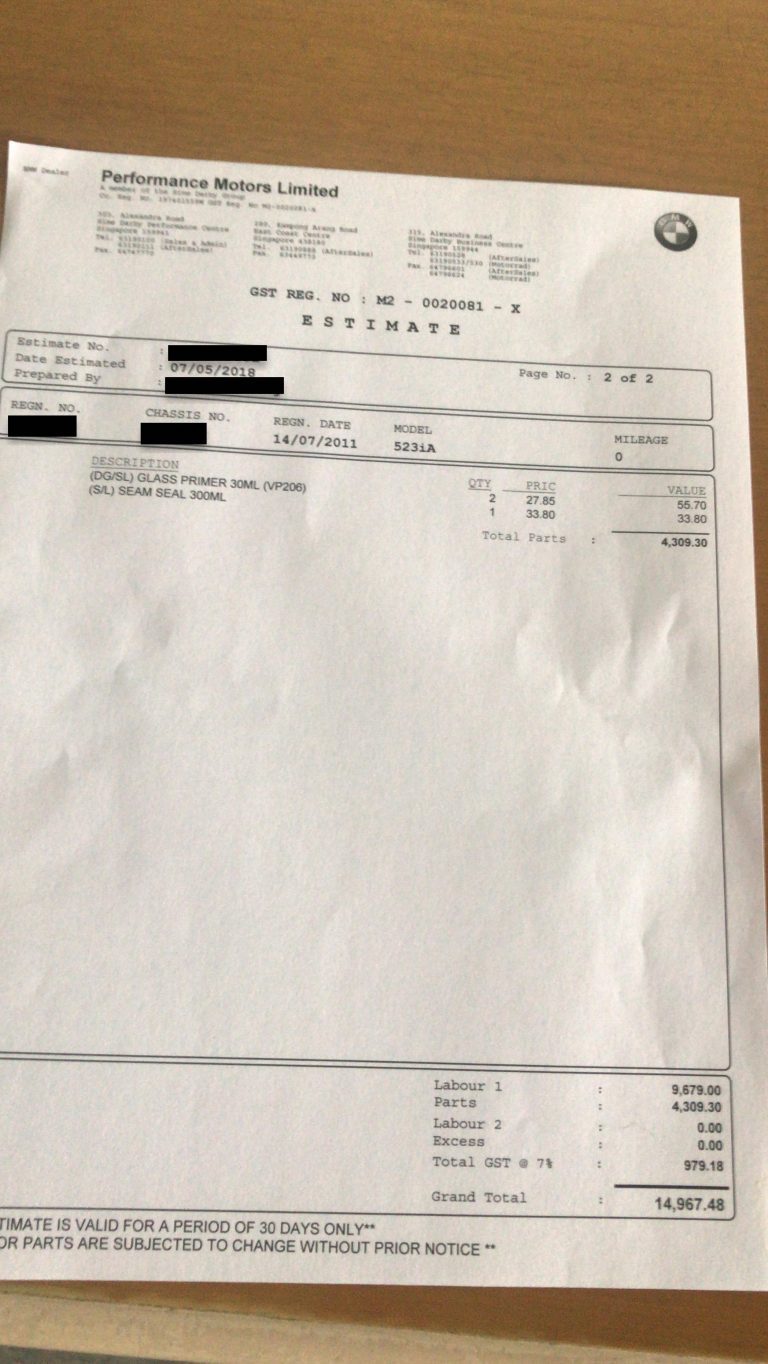 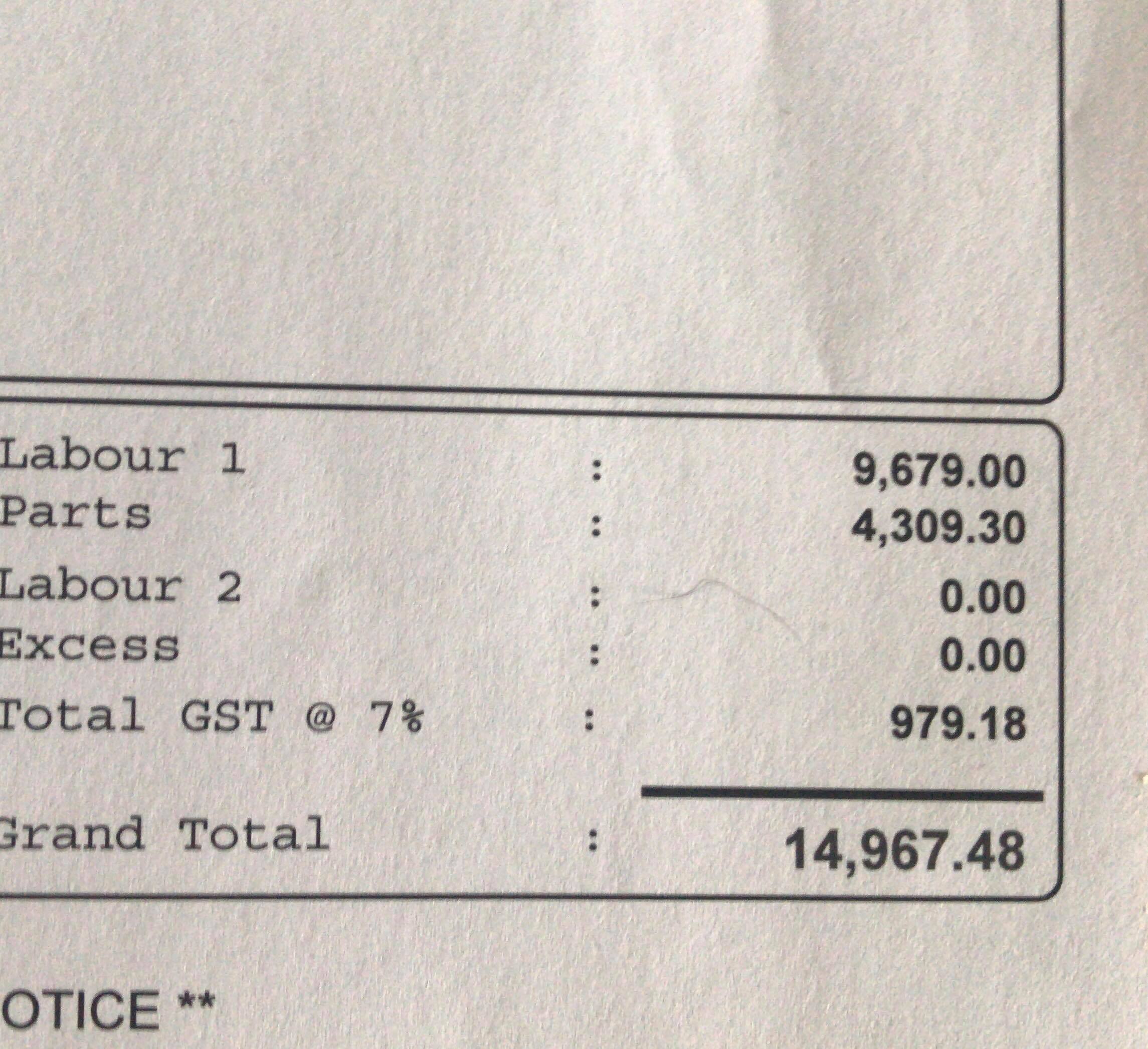 In case you can't see it, here are the repairs needed:

The second part of the invoice details the parts needed:

Negotiated with alleged culprit on May 6

Koh reveals that he and his father were in negotiations with Chee on Sunday, May 6, but no concrete agreement was arrived at.

This was in part due to the fact the car servicing centre was closed, and so the Kohs were unable to get a quotation for repairs.

Koh expects Chee to compensate the repair costs in full, however, as the family is not well-to-do.

Even if they are, Koh says, there is no reason for them to pay for "the mistakes that someone else made".

Koh also told Mothership that a man wanted to aid them by starting a crowdfunding exercise, but the family has declined the offer.