You would not know the man, but you would know of his playgrounds.

Khor Ean Ghee is the designer behind the first playgrounds found in Housing & Development Board estates, such as the iconic dragon playground at Toa Payoh. Working through numerous blueprints from 1970 to 1983, Khor's designs would then go into a catalogue for HDB architects to browse and select for the neighbourhoods they were planning.

Today, many of the playgrounds he designed have become national icons. Apart from Khor, Maria Boey is another notable figure who played a crucial role in the playgrounds of Singapore's past.

As a landscape architect and urban designer for the HDB, Boey planned Pasir Ris and Tampines Town. In doing so, she also contributed to the thematic parks there.

In order to find out more about how Singapore's playgrounds came into being from the 1970s to 1990s, we spoke to both Khor and Boey to understand the thought process behind their work.

The need for play spaces

During the post-independence period, an increasing number of HDB flats were built to meet immediate housing needs.

With many residents transiting from kampung to urban life, HDB saw the need to create more common amenities and spaces in order to mitigate feelings of losing one's community.

Playgrounds bridged the gap by bringing communities together, and Khor was given the crucial task of facilitating this through his designs.

Playgrounds were one way local cultures and national identity could be explored using the physical landscape.

To design the uniquely Singaporean playgrounds, Khor took reference from local Asian symbols, such as the dragon as a mythical creature.

He also incorporated designs with animals, such as a dove and pelican, and nursery rhymes, such as the Alice in Wonderland themed playground.

His personal favourite is the dragon playground.

For Boey, however, she explained that the team took a thematic approach to designing the playgrounds by examining its place-history.

For instance, she told us that they were inspired by Tampines' history as an orchard, hence the fruit-themed playground.

And for Sembawang, the ship playground was inspired by the place's past as a shipyard.

The formula for successful playgrounds

While these playgrounds were designed to represent burgeoning local cultures emerging alongside a Singaporean identity, they still served the primary function of facilitating play.

Khor worked through numerous blueprints and he revealed he put himself in the shoes of a child in order to come up with compelling designs.

What would entice a child to play there, he would ask himself. 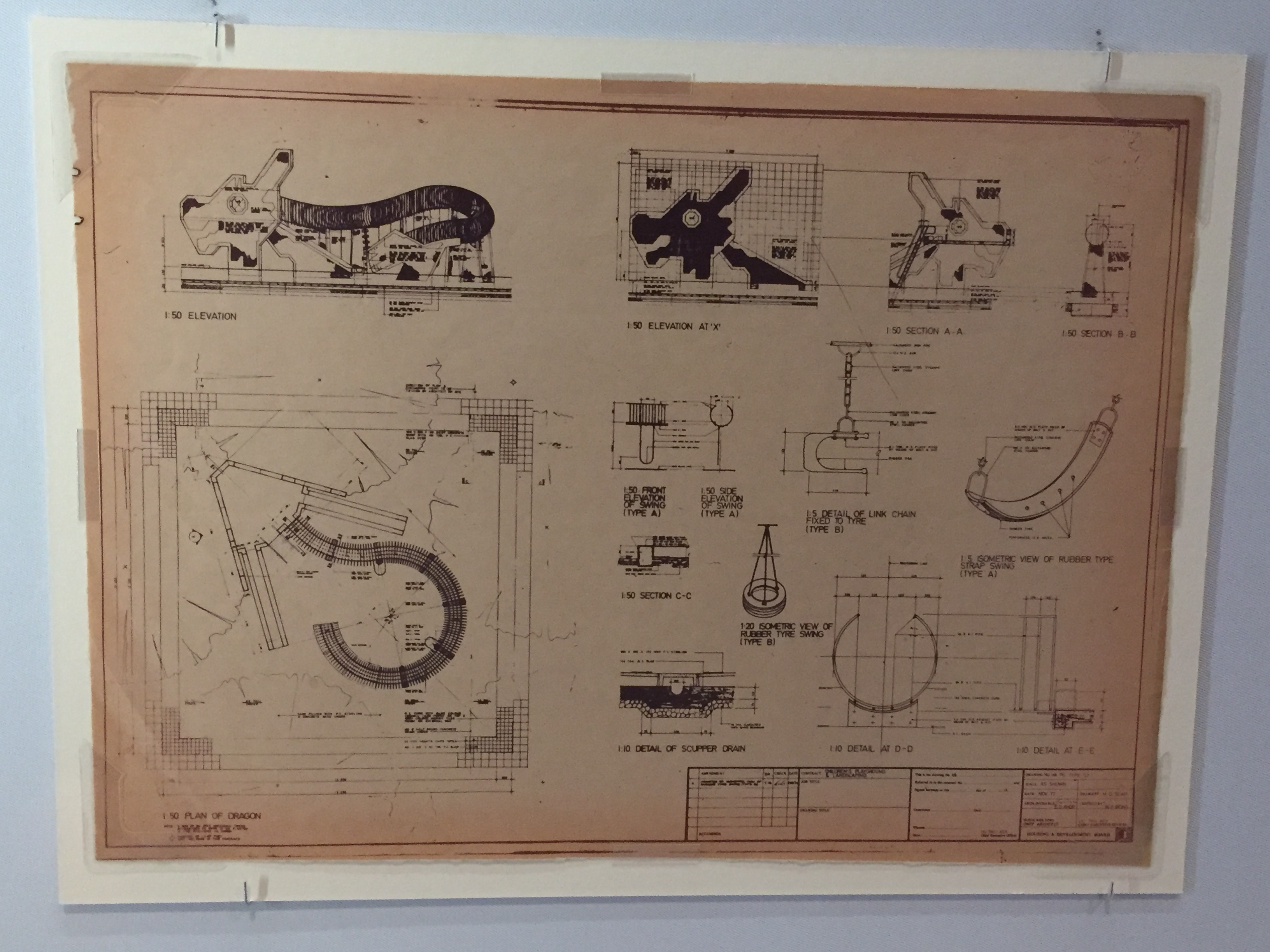 The answer: It not only had to be both beautiful in form, but also functional in nature.

The form should be nice. That gives the first impression. Physically, the form is important - Is it beautiful or not?

Secondly, it should be functional. Playgrounds are for playing."

But there was also a formula behind the creative designs that he came up with, Khor revealed.

Khor discovered that there were four crucial elements required for a successful playground at that time: It had to have a swing, merry-go-round, slide and see-saw.

Khor said that any playground which did not have at least several of these elements was sure to be unpopular at that time.

"When the (play elements) don't move... The children cannot play. They sit down and take photographs. Only with things like swings and see-saw... Ah, that's when they really play!"

For Boey, she was tasked to set standards for evaluating playgrounds in the 1980s, such as safety standards and play values.

She too, had a formula in the form of "play values": Elements such as climbing or sliding equipment, as well as a mix-and-match word-forming letters in the alphabet that resemble a game of Boggle.

"There should at least eight play values in each playground."

After 1993, a new era of proprietary playgrounds was ushered in as HDB no longer designed their own playgrounds.

These proprietary playgrounds were created by Singaporean playground companies, such as Playpoint and CT-Art.

In 1999, HDB introduced a safety standard, "SS457", a specification for playground equipment for public use.

With that, some of the four elements (swing, merry-go-round, slide and see-saw) mentioned by Khor are no longer present in playgrounds today.

Merry-go-rounds, for instance, have been slowly phased out due to safety concerns. Such change is welcome, Boey said. She believes that playgrounds will continue to evolve alongside Singapore's development.

"Innovation comes about and there will be more and more changes. I think change is a necessity... HDB has gone into involving the community in designing parks and playgrounds. And that's good because then the residents will feel involved and feel ownership... I think this is a new movement that we should promote." 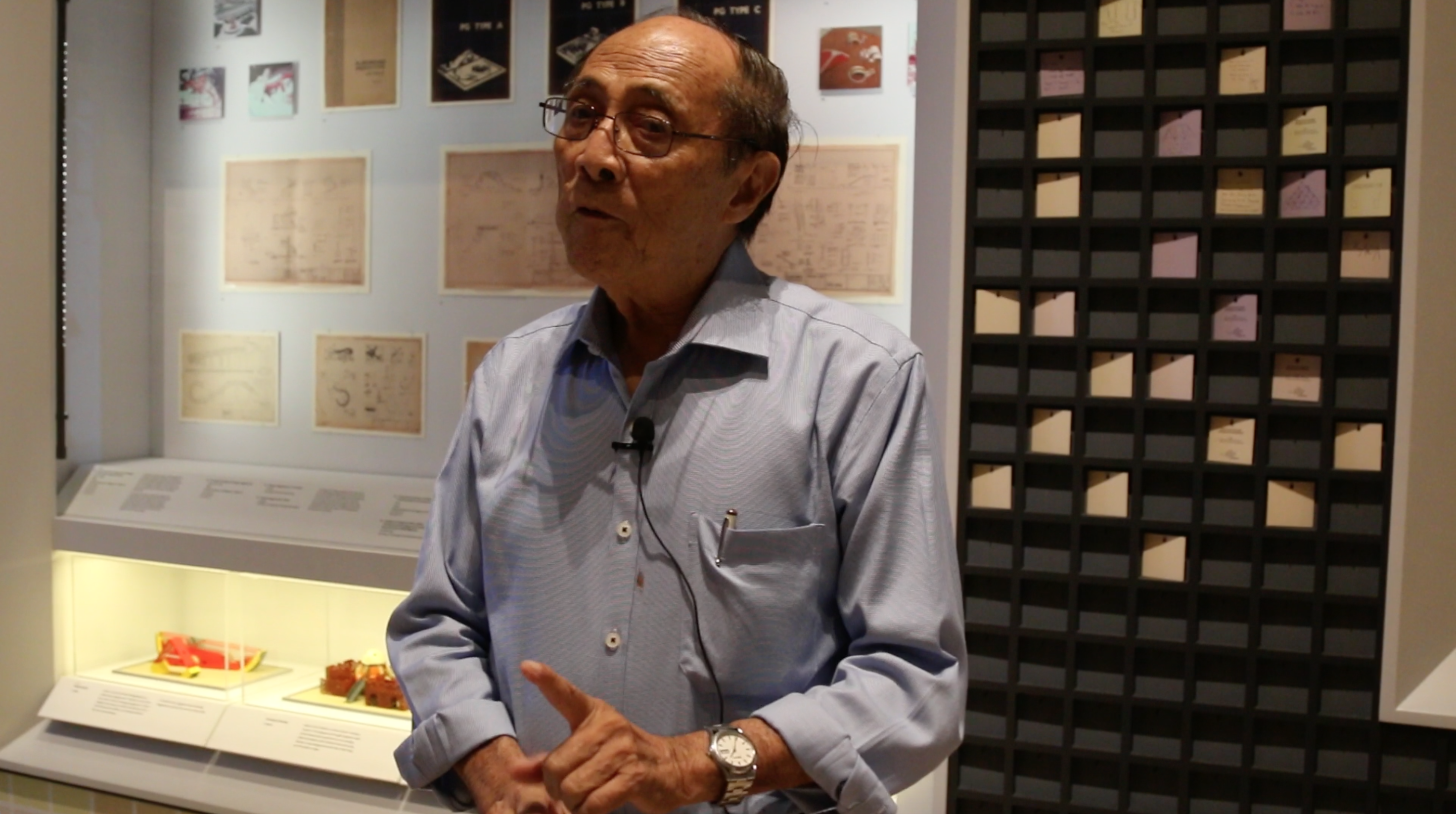 Khor, however, feels that the playgrounds nowadays are too similar.

"I feel like there's some sort of repeat(ing)... Children don't really feel that it's that interesting. "

According to Khor, these playgrounds are devoid of designs unique to Singapore. Instead, he feels that local identity should be embedded in designs:

"If we can...design something locally... It still can be our own Singapore design... People like their own thing."