Long before your time, Stamford Raffles signed an agreement with the Sultan of Johor to gain the right to build a British settlement in Singapore.

However, the role of the Temenggong is often overlooked.

Who is the Temenggong?

In 1819, there were only around 1,000 inhabitants in Singapore, one of which was the Temenggong Abdul Rahman.

The Temenggong was an old Malay title of nobility, bestowed with the responsibility of maintaining law and order.

The small settlement then was nominally ruled by the Sultan of Johor, Tengku Abdul Rahman, but controlled by the Dutch and the Bugis, who would never agree to a British base in Singapore.

The Temenggong suggested inviting the exiled Tengku Hussein, who is Tengku Abdul Rahman's elder brother, to legitimise the British agreement.

Later, with the help of the Temenggong, Tengku Hussein was successfully smuggled into Singapore.

In exchange for recognising Tengku Hussein as the rightful Sultan of Johor, Raffles signed an agreement with the two for the right to build a British outpost in Singapore.

The Temenggong retained his authority in Singapore, and prospered due to the annual payment of $3,000 Spanish dollars given by the British. The Temenggong also managed to keep his land near the south of Singapore.

In 1824, the area near Mount Faber housed the Istana Lama, which was the Temenggong's palace. The road leading up the hill at the foot of Mount Faber was then named Temenggong Road.

In 1871, the palace was converted into a mosque, and named Masjid Kampong Telok Blangah

In 1993, after the old mosque was demolished and rebuilt, it was renamed Masjid Temenggong Daeng Ibrahim, which was the name of Temenggong Abdul Rahman's son.

The black-and-white bungalows, which were named after the dark timber beams and whitewashed walls within the houses, were mostly built during 1903 to 1928 for British expatriates and military personnel.

A lot of these colonial houses were found in the south-central parts of Singapore, including Alexandra, Rochester and Dempsey.

Temenggong Road also boasts a number of these houses, which were partly inspired by the Art Deco movement in the 1920s. They sought to infuse functional objects with artistic touches. This meant that the houses were designed to be practical, yet stylish.

As the Temenggong's family lost influence over the years, the area became a prime spot for new colonial development.

The area along Temenggong Road was a popular place for these colonial houses due to its relative isolation from the hustle and bustle of the growing Singapore port, while retaining a central location.

Currently, there are only around 500 of these houses remaining, some of which has been conserved by the government.

The rest of them belong to private owners, though prices are steep for anybody wishing to own the home of a former wealthy plantation owner or British official.

However, there is an option to rent one, by submitting a bid to the Singapore Land Authority (SLA).

If you do not wish to fork out anywhere between S$3,000 to S$25,000 a month to see the inside of these rustic but beautiful houses, do not fret.

There are other opportunities to see these properties up close for free.

For example, until April 1, 2018, The Secret Garden exhibition is being held at 28 Temenggong Road. 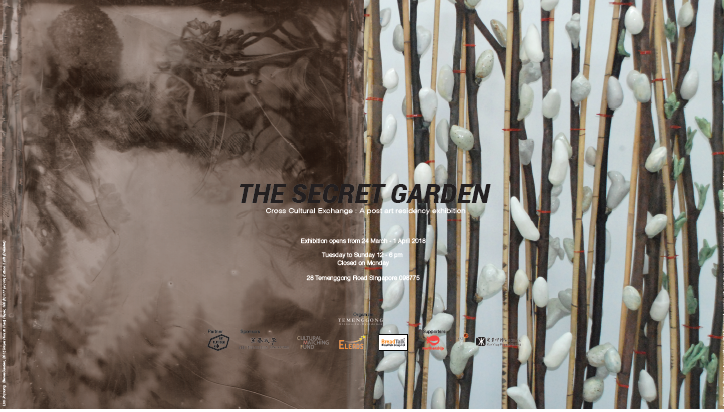 It is a post-residency exhibition by South Korean photographer Lee Jinyoung and Singaporean ceramist Delia Prvacki. This is Lee Jinyoung’s first exhibition in Southeast Asia.

This exhibition is part of Temenggong Arts-in-Residence, a private non-profit charity which manages an arts residency programme for artists.

By keeping itself sustainable through its self-concerted fund-raising initiatives, Temenggong strives to promote cross-cultural exchanges and networking among foreign and local artists.