It's one thing to exclude Singapore food from a list for its taste (it's subjective, after all). It's another to exclude us from a list because "a lot of that cuisine is other people's".

That's right, an Australian magazine thinks that Singapore cuisine is unoriginal because it's "Chinese, Indian, Malay and European".

Singapore is indeed at the unique crossroad of various cultures, and our food has evolved to become what we see today. Just look at laksa, Hainanese chicken rice, or even Hainanese 'western food'.

Quite a number of original Singapore dishes jump to mind, but now's not the time for that because the comments section, as always, is where the drama is. 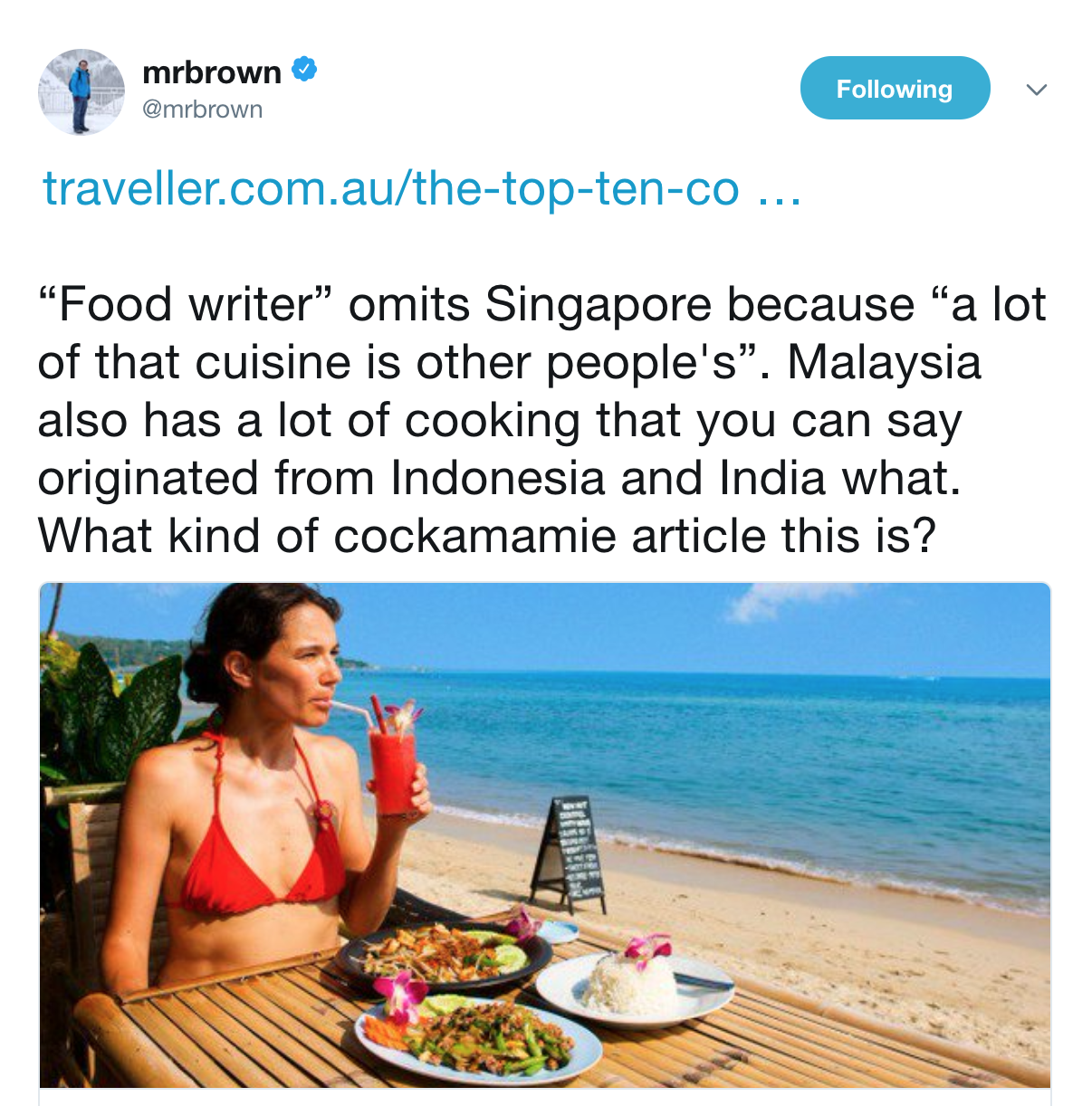 Then came the replies, even getting a couple from the writer, Ben Groundwater himself.

To be fair, we are a food paradise, no questions about that.

Ironically, Malaysia's entry on the list (#7) contains Nasi Lemak, Mi Goreng, Char Kway Teow, Roti Canai, and Fish Ball Noodles. To be honest, if Groundwater had excluded Singapore on the basis that we share a culinary history with Malaysia, he might not have gotten such flak.