In our transition to becoming a SmartNation, it comes as no surprise that there are numerous coding programmes you can sign up for in Singapore these days.

For one Singaporean woman, however, she got her PhD in computer science in 2006 ... long before coding was cool.

Skills come in handy at work

Even though Kiruthika Ramanathan got her doctorate over 10 years ago, her life today still very much revolves around coding.

Currently, the 37-year-old is a Senior Manager working for the Science Centre, where one of her tasks is to develop programmes to expose the younger generation to code.

She is not required to code at this job, but she tells us that her knowledge comes in handy when she can make use of coding to simplify certain repetitive processes:

"I do a lot of coding to simplify life at the job, like writing scripts to simplify communications or to eliminate repetitive tasks. We also develop a lot of coding programmes to teach students, so that gives me the opportunity to play with platforms that enable kids to learn to code, and not wait till university."

Most fascinatingly, her enthusiasm for coding is also shared by her entire family.

Kiruthika's husband is a software engineer, whom she says does a lot more coding than her.

Together, they have two daughters, aged eight and 10, who both know how to code as well. 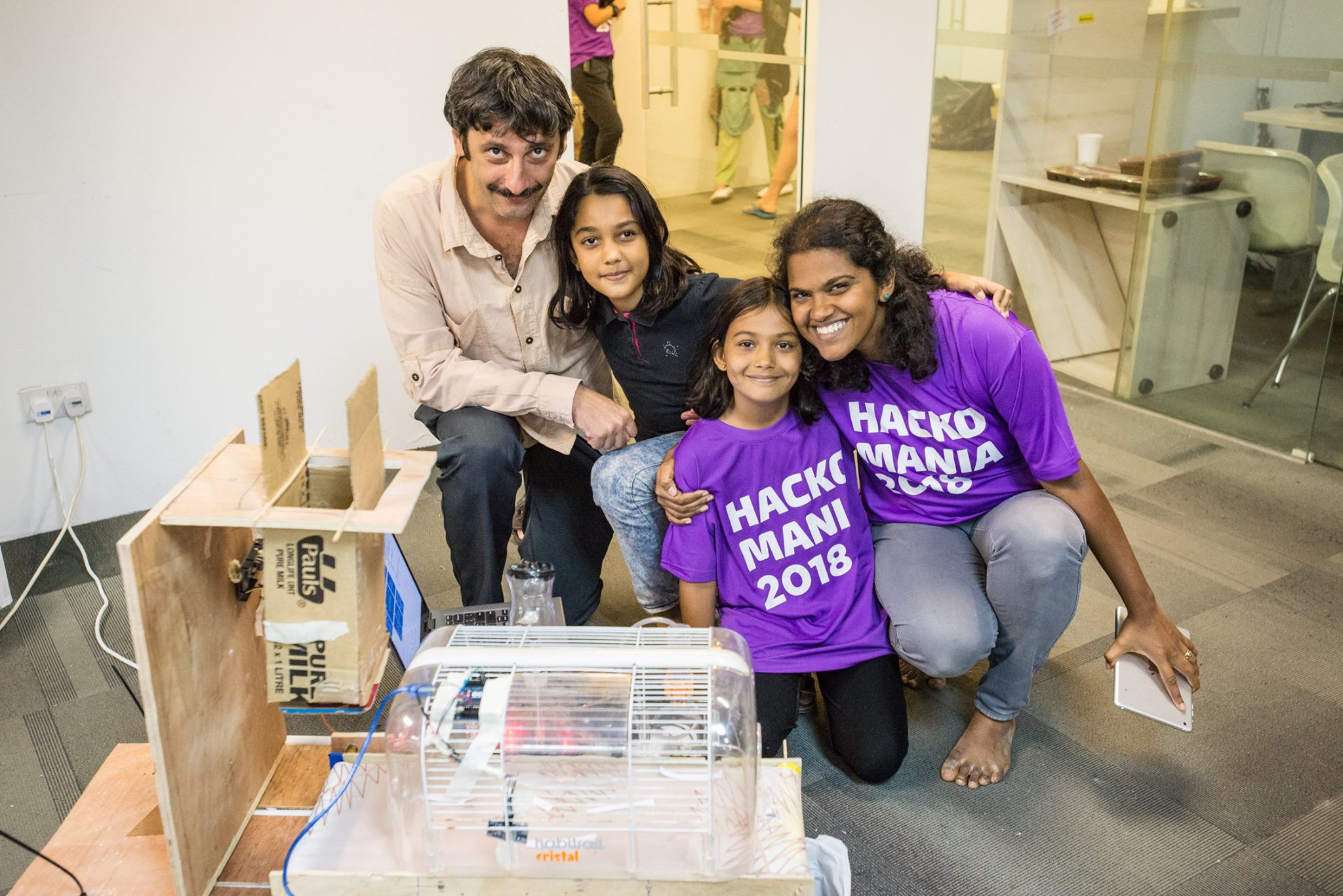 Daughters who can code

Even though the industry has been and still is dominated by men, that fact has never bothered her.

"I didn’t feel much about being a female. I am not self conscious that way."

In fact, her parents had always supported her to study science and engineering.

"(I) had encouragement from my family in my area of study, regardless of the subject I chose."

Now, she passes it on by encouraging her two daughters to explore their interests through coding and project-based work. 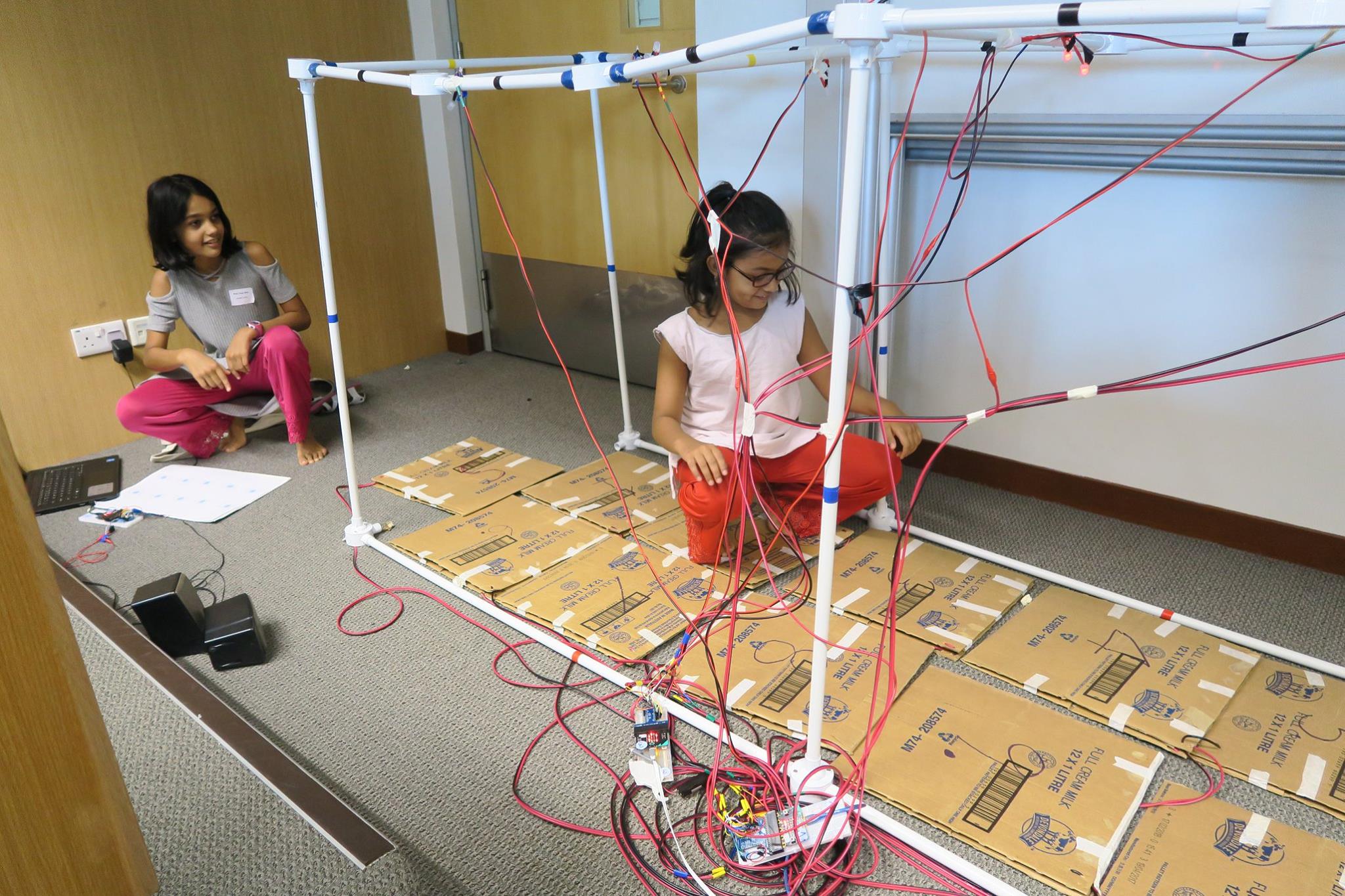 Her daughters started coding when they found out about Scratch - A language developed by a MIT media lab, that in Kiruthika's words, "is a lot like playing with legos."

They now incorporate coding into their playtime when they build objects:

"They did a bunch of crazy projects, like an makey makey fencing costume...an escape from dino land game and more recently they began to build bigger projects, a self playing xylophone, recorders and an automated maze."

The ability to code also helps them in their daily chores, such as by building a pet care system and an app to keep track of their chores:

"The most recent project that they are working on is an automated pet care system...The pet care system was something they worked on because they are hankering after a pet.

Recently, my younger one is developing an app to keep track of her 'chores points' so that she can invoice us for her pocket money."

Coding has helped her kids

As tech people themselves, Kiruthika and her husband both guide their daughters along when they run into difficulties:

"Since we are both tech people, we help them trouble shoot, and also try to expand their ideas and point them in the right direction."

More importantly, coding is not only a technical skill that has a wide range of applicability, but also allows development of soft skills. 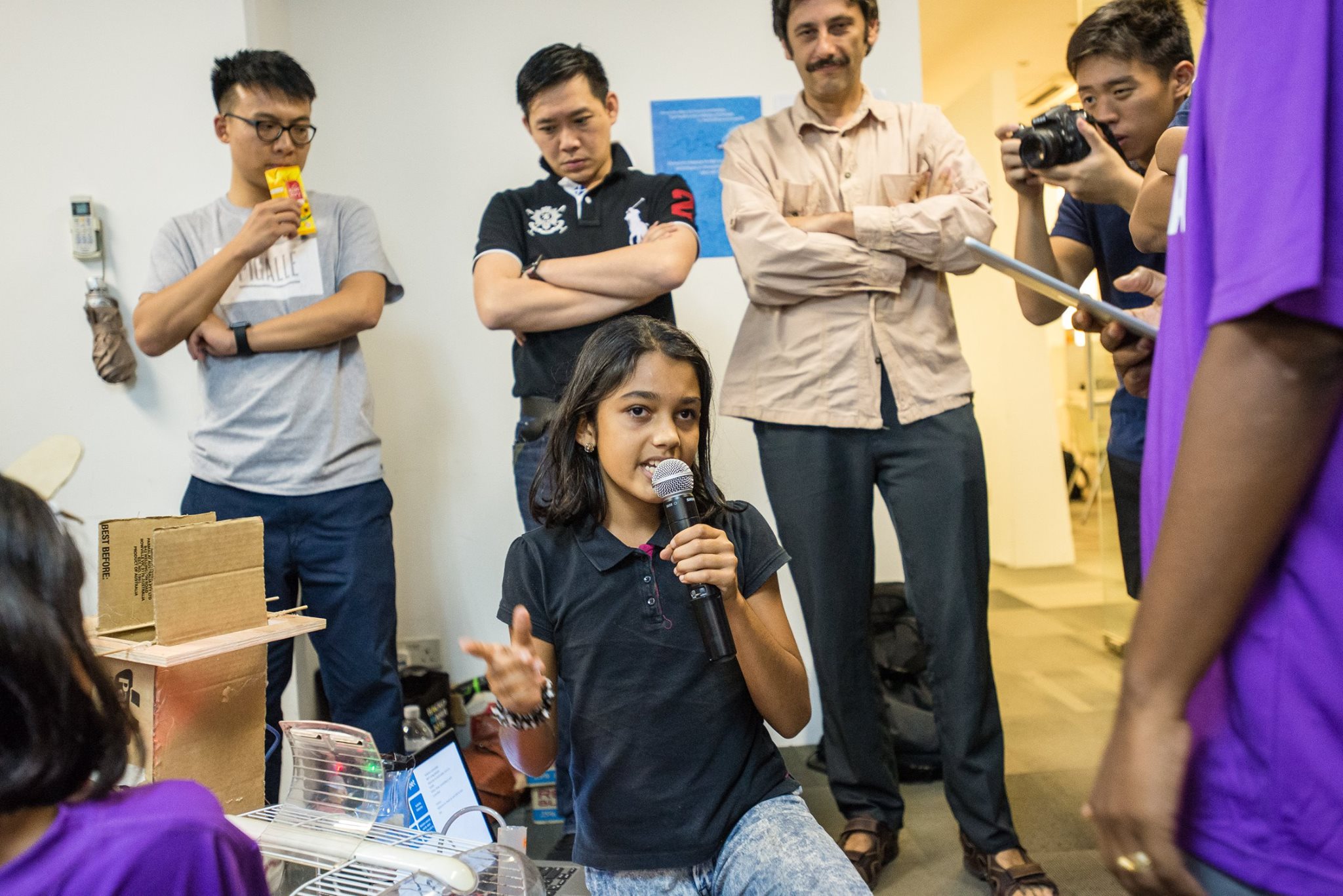 Through coding, the children are able to learn about resilience, problem solving and character building:

"You get that grit when you make something because there’s a high chance it’s not going to work for the first time. You have to work on it.

They can solve their problems, and they don’t get stumped by issues...In project work as well, we give them room and time to explore their interests and projects rather than follow a curriculum. There is a sum value to all this when we look at our girls in terms of character development."

She also observed that her daughters have also become "more confident and generally more focused."

If you're interested to hear more of Kiruthika's story, she will be speaking at the FOSSASIA Summit 2018, where she will speak about getting children as young as 10 interested in coding and hardware hacking.

FOSSASIA Summit 2018 is an Open Technology summit for developers, contributors, start-ups, and technology companies. It is held from now till Sunday Mar 25. Kiruthika will be speaking on Saturday Mar 24 at 10am.

Mothership.sg is a media partner for FOSSASIA Summit 2018.

All photos courtesy of Kiruthika Ramanathan.