As with all things posted online, however, it can sometimes backfire on the uploader.

"Transcab SHD139T Ah Kua driver cutting into my lane and dare to point middle finger several times but when stop a traffic light asked him get out of his taxi had no ball to come out. Just locked himself inside and keep on point his middle finger. Feel pity for him to call himself a man but hiding under his mother skirt. Chow Ah Kua. KNNB"

While the camera did capture footage of the taxi cutting into the uploader's lane, it also showed the uploader harassing the taxi driver.

The result? Netizens whacking the uploader instead for his behaviour.

Cab cut into his lane

The video shows that a Transcab did indeed cut into the uploader's lane, as his caption insinuated.

The incident occurred in June last year, around Stadium Walk. 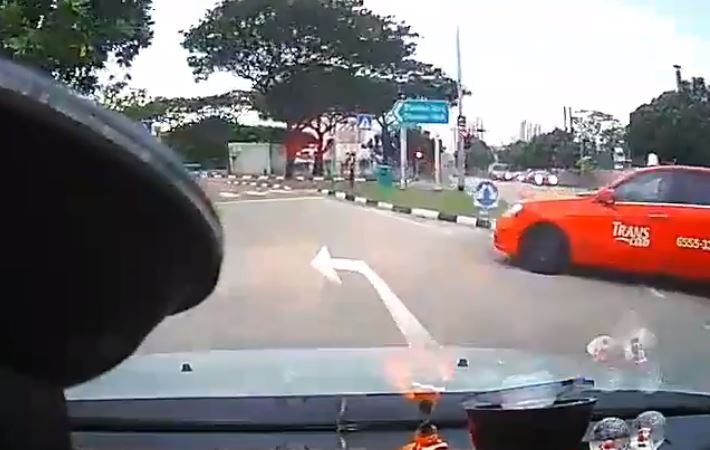 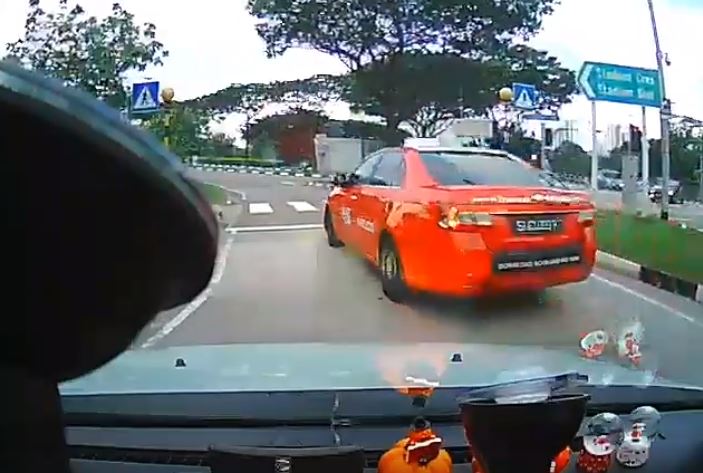 Later on in the video clip, the car stops behind the taxi at a red light and a middle-aged man is seen getting out of the car with a stick in hand. 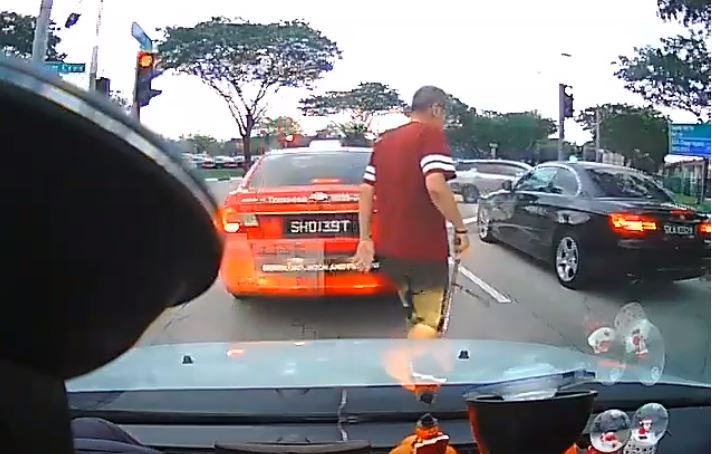 He is soon joined by a younger man and they are both seen banging on the taxi window and addressing the driver inside the taxi. 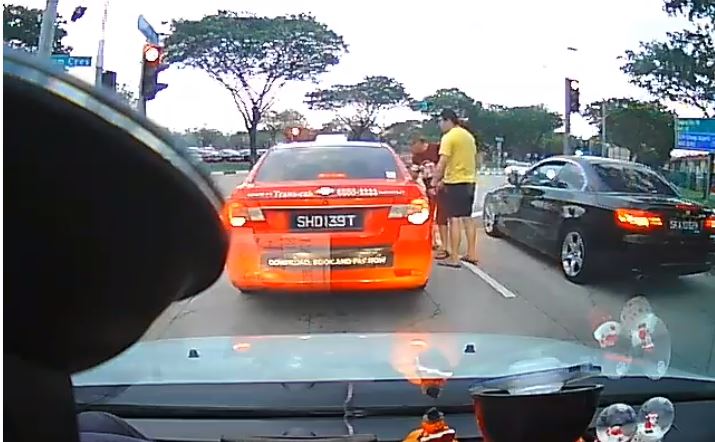 In a separate post where he appended pictures of a police report filed by the taxi driver, the uploader of the video said his dashcam footage was submitted to traffic police, with the taxi driver allegedly getting a fine and demerit points for his reckless driving.

His text accompanying it reads:

"Still dare to make false police report but luckily I had in my car the camera and with the recording show to the traffic police which he got fine for dangerous driving and Dermit point. The best part of the joke is that he had the f**king cheek to engage a cheap lawyer to sue me for damages. Lai Lol. Lim Pay So Ngek Ngek Tan Lu. Don't my time but to see you in Court and see who is the ultimate loser. Too bad just prepare to pay for all my damages that's all. I had no mercy for you but sue you till your pant drop."

But according to the account provided by the taxi driver in his police report, it emerged that the uploader of the video had allegedly smashed the taxi's rear windscreen, leaving a large hole in it and frightening his two passengers on board at the time: 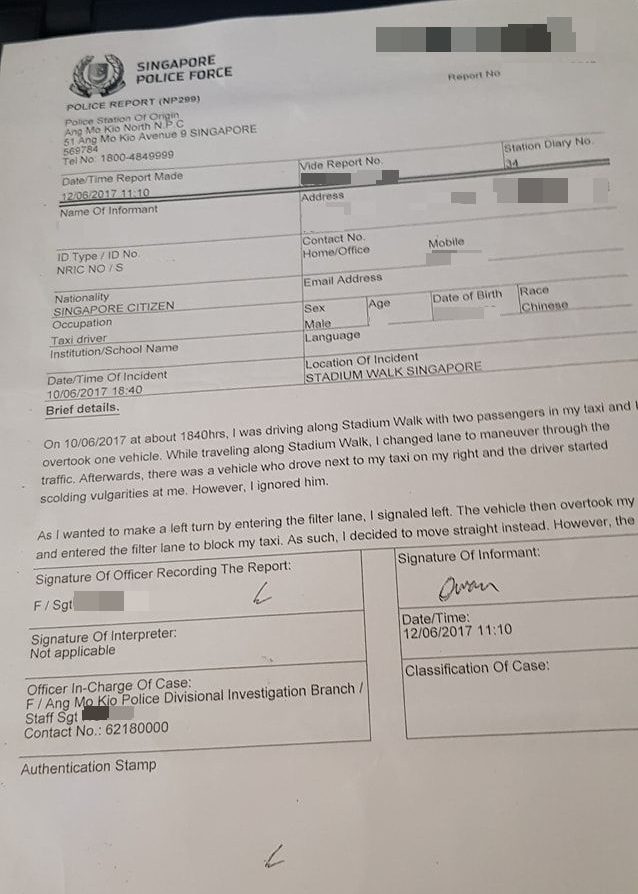 He also included a legal letter from a law firm representing both the driver and Transcab that demanded about $2,500 in claims against him: 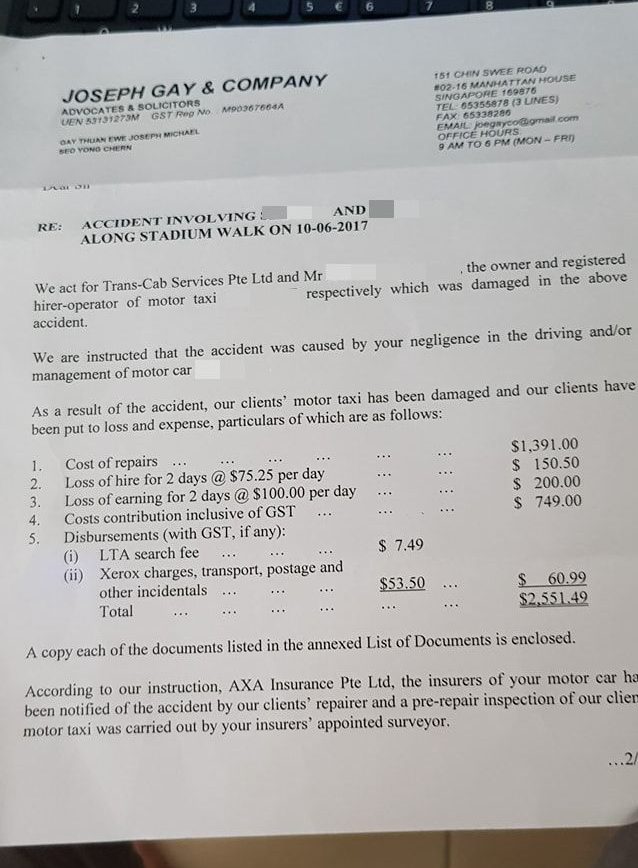 Because of these details, oddly enough provided by the car driver himself, many turned around and flamed him in comments on his two posts.

Even though the taxi driver was indeed wrong for abruptly cutting into another vehicle's lane, netizens were quick to point out that the uploader was in the wrong as well. 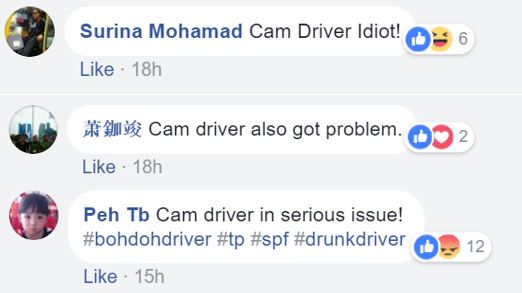 In fact, others even mentioned that his road rage was the more serious issue at hand:

"Taxi did commit offence. So did camcar driver, But latter is the bigger road offender for his violent road rage. Hope TP ban camcar driver for a few years."

"Road rage and so violent."

"Driver doesn't even seem to ever slow down at stop line or give way to others - hard to side with such drivers. It's so sad to know how some who posts vids always, always think they are 100% innocent. Pffttt..."

So much drama over being cut off at a turning lane.

Here's the video in full: