A local cabby has taken to Facebook to claim that a pair of male passengers not only threw up in his taxi, but also refused to pay him the fare they owed him, and also allegedly knocked him onto the ground.

In a post on Sunday morning, one Lance Ng said he picked up two men — who appear from his pictures and videos to be Caucasian — at about 2:15am from Raffles City Shopping Centre. 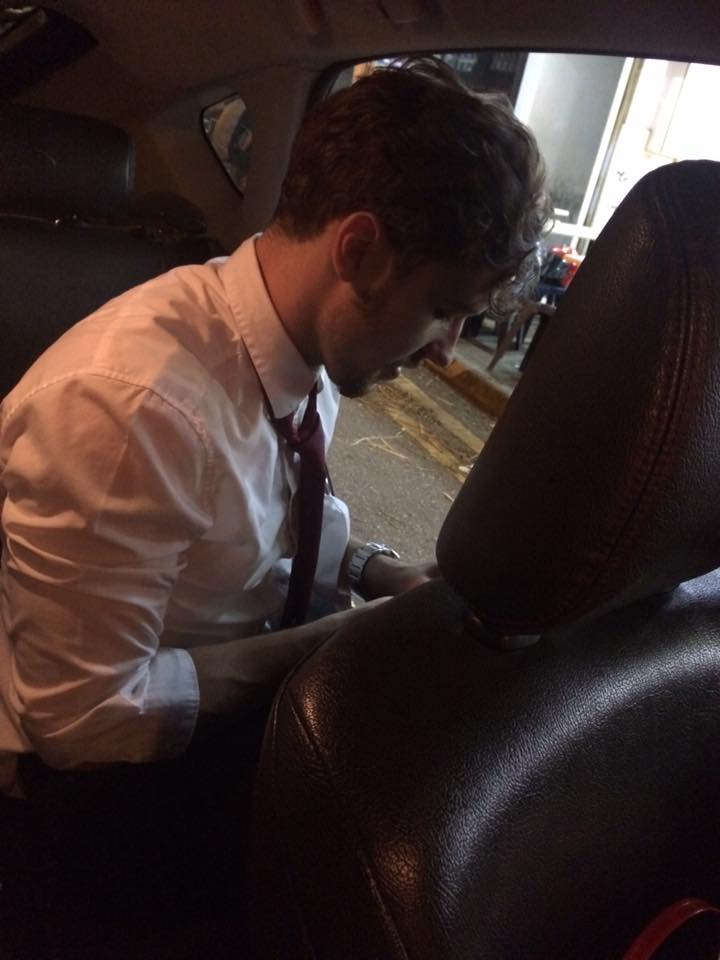 Threw up in his taxi

Ng wrote in his post that in the middle of the journey to Lim Teck Kim Road, roughly a 10-minute drive away, one of the two men wound down the window halfway and started vomiting — half, he said, went outside, but half was inside the taxi.

Ng said he told them he would drive them to a petrol kiosk to clean up the mess they had made, but they allegedly refused, and initially tried to clean it with some wet tissues Ng had in the vehicle.

After they failed in their endeavour, Ng claimed they just hopped out of the cab and walked off without paying Ng the fare, which came to just under $10.

He said he followed them, preventing them from getting on two other cabs and eventually lost them at around Cantonment Road. The entire encounter took place over about 20 minutes, Ng said, adding that he had called the police five times during the course of the incident.

While they were trying to get another taxi, Ng followed and filmed them using his phone.

You can see the exchange here:

Here's a transcript from the video he took:

Ng: You have to pay your fare.

Ng: You have to pay your fare.

Ng: You didn't pay your fare.

Never mind, I ask the police.

Ng: I ask the police to come.

Never mind, I already video(ed), the whole video that you assaulted me.

While walking, the two expats spoke what sounds like German to each other.

No response from SPF for 20 mins

Ng also claimed that over about 20 minutes, he had called the 999 police emergency hotline a total of five times, but no one arrived at the scene to assist him.

He also posted this screenshot from his phone to show this: 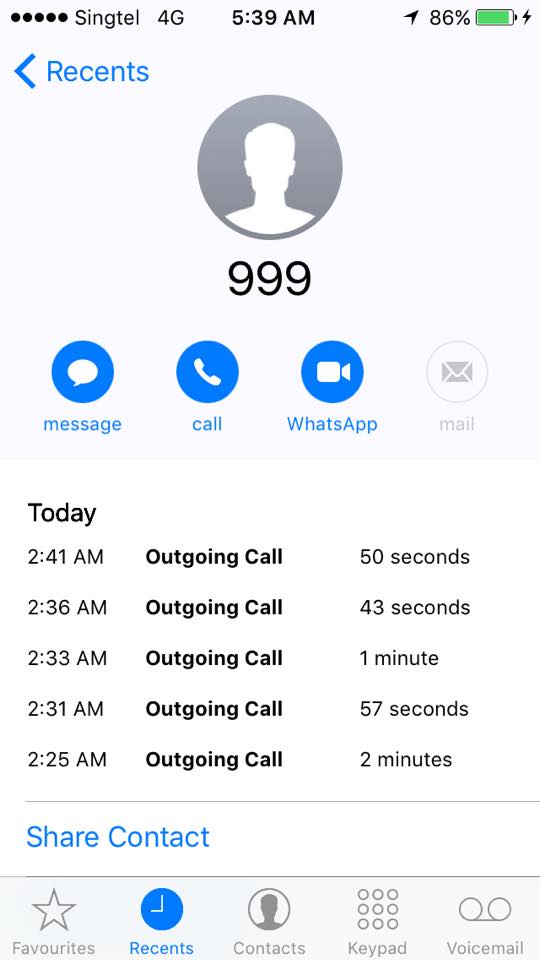 The truth is, they had turned up within 13 minutes and had spent the rest of the time hunting for Ng.

From Lim Teck Kim Road, they ended up at Duxton Road eventually.

We checked with the police, and here's their account of what happened:

The Police are treating this as a case of Voluntarily Causing Hurt, and investigations are ongoing."

The good thing is, confusion and chasing aside, the police was clear in their stance against abuse of public transport providers, stating that they will take stern action against anyone who disregards the law.

Also, anyone convicted of Voluntarily Causing Hurt faces a jail term that may extend to two years, or a fine of up to $5,000, or both.