The Prime Minister's wife shares a lot of things on Facebook.

And if you've ever visited her Facebook page, you'll know what we mean — we scrolled through no less than 124 Facebook posts between 7:25am and 8:35am. On Monday. Alone.

But we digress from the main reason we're here, which is that on Friday, February 16, one of her posts, put up at the crack of dawn (6am sharp) triggered a lot more discussion and response than usual.

It was this one:

The first thing we should say is Ho shares a lot of links without leaving comments on them — i.e. she shares them without adding any text to indicate her sentiment toward or against whatever it is she is sharing.

So there is always a level of ambiguity with regard to her views on any given link, organisation or issue she might be sharing a link about.

But let's get straight to what happened next:

1. The Pink Dot movement shared a screenshot of her post.

They did this on Instagram stories, but it drew significant attention to Ho's post, including from the anti-Pink Dot camp... 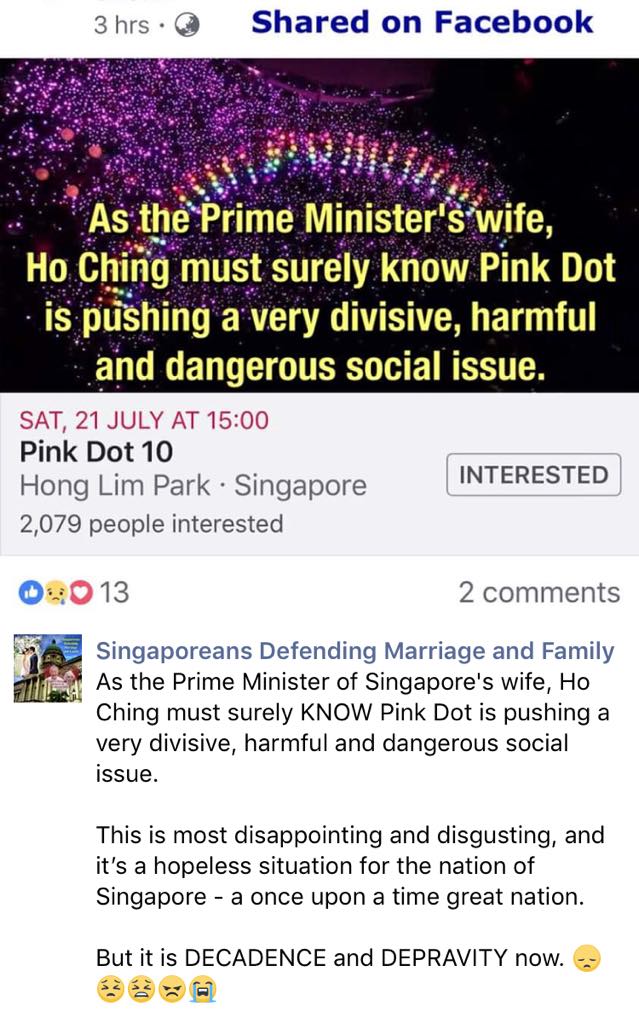 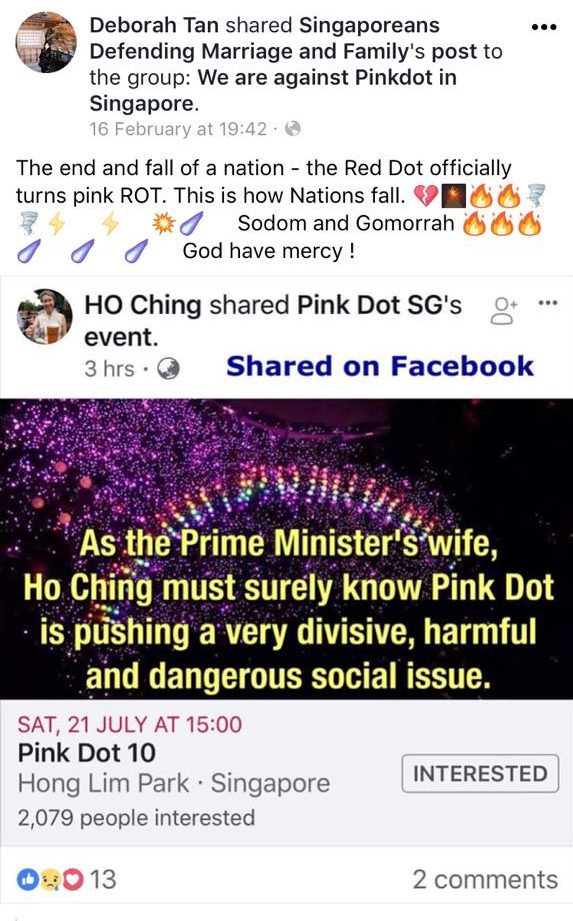 2. Folks on both sides of the fence went at her, and each other, in the comments. 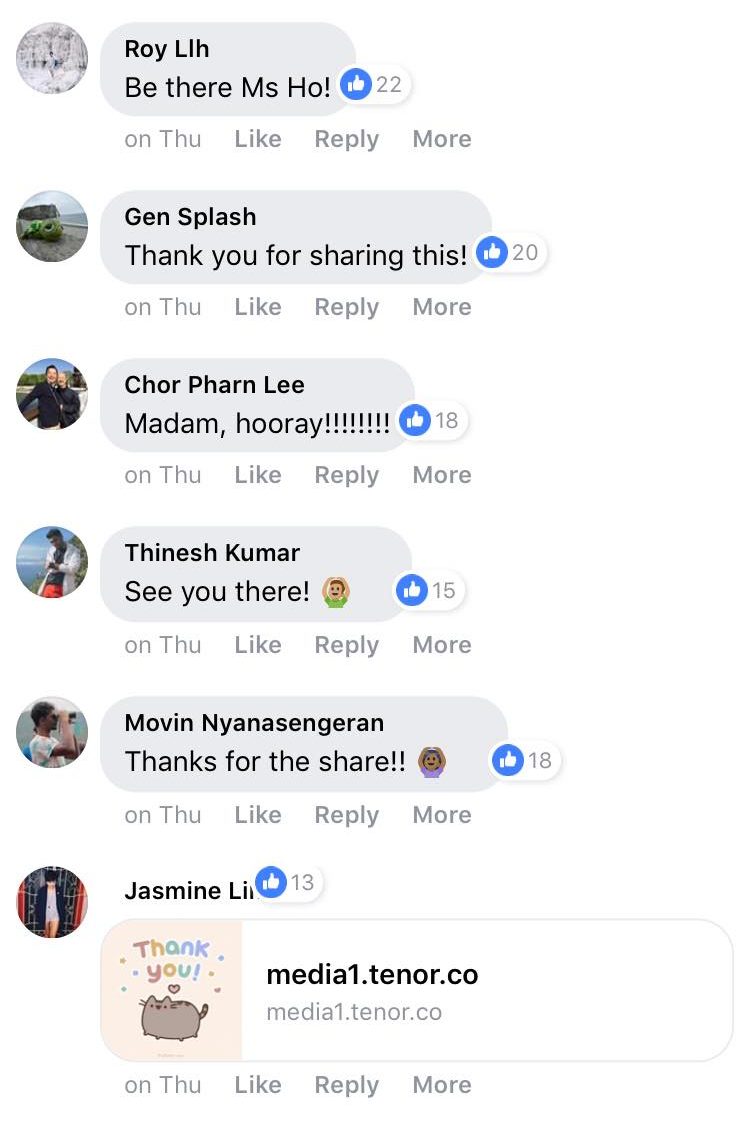 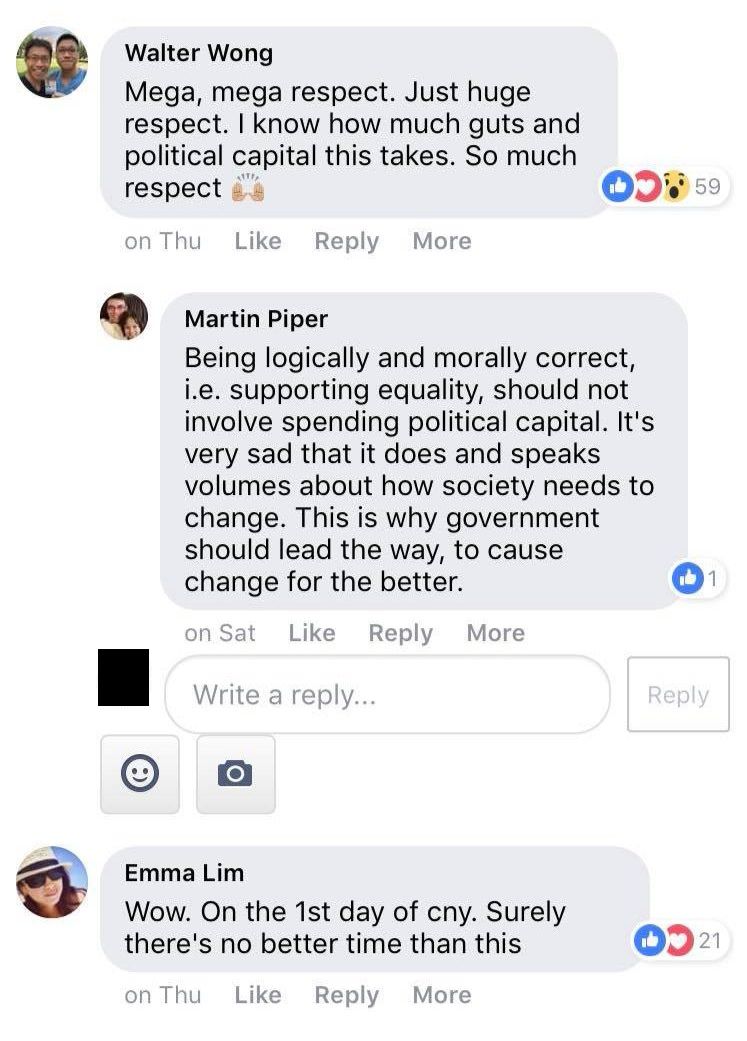 The ones who were ambivalent: 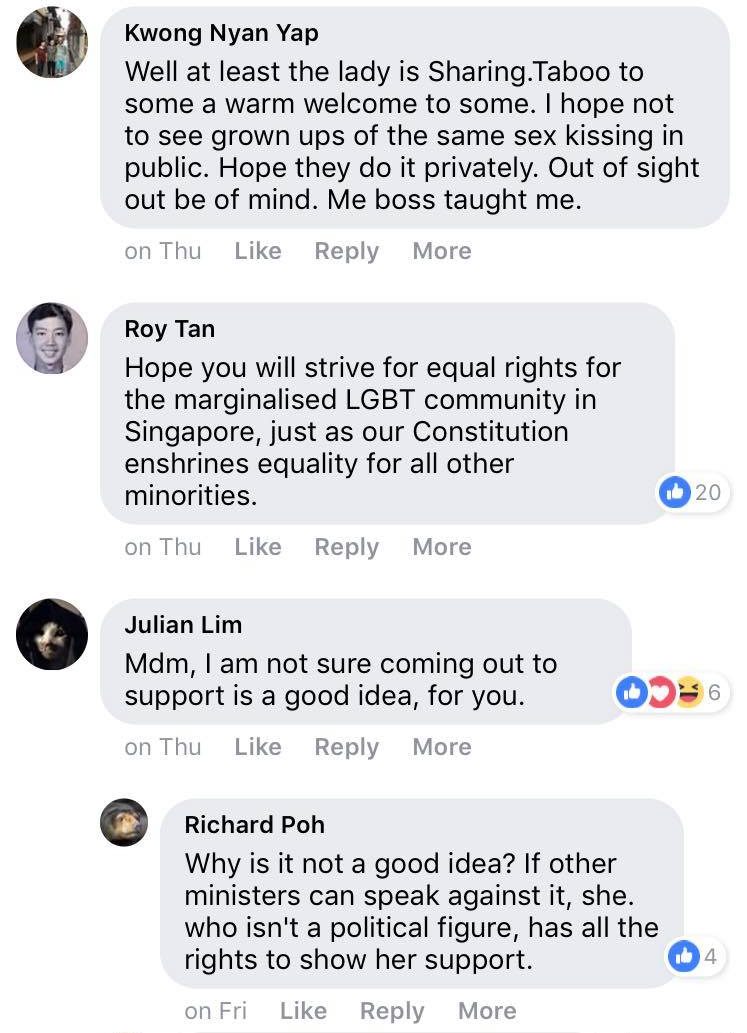 And of course, the ones who were completely furious and outraged: 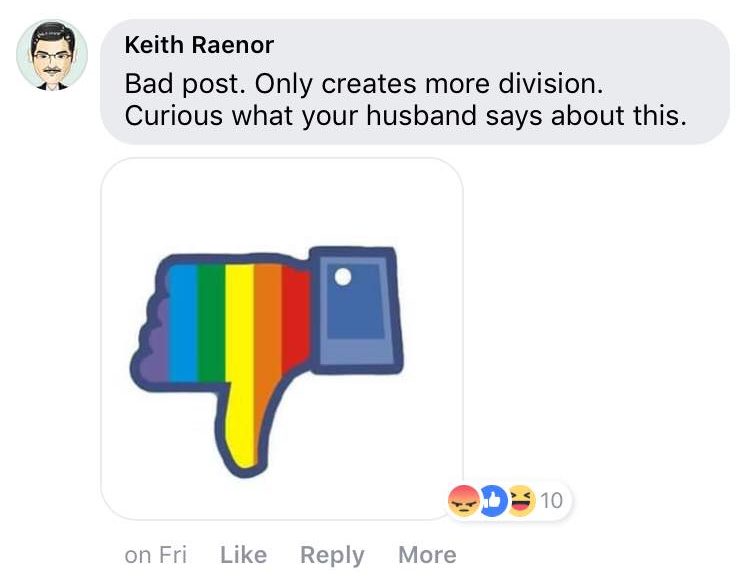 Some even cautioned her of the implications of her actions — even though Ho was at no point politically elected into any of the positions she currently holds: 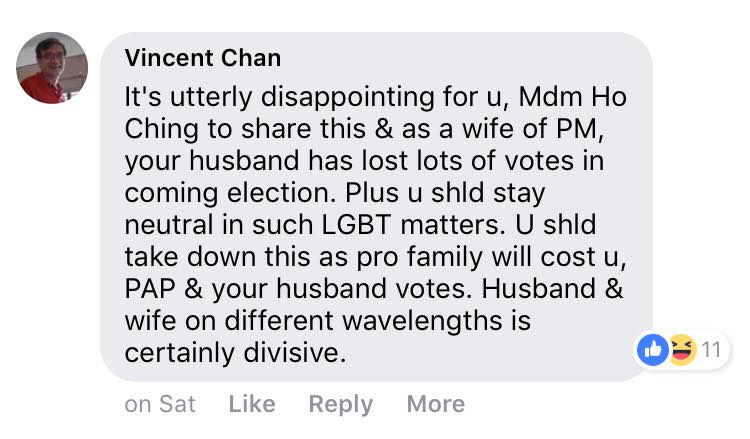 We'd just like to, at this juncture, remind you that all this came from her sharing a link to the event.

To reward you for reaching the end of the article, here's a rare example of Ho Ching actually saying something in a Facebook post: 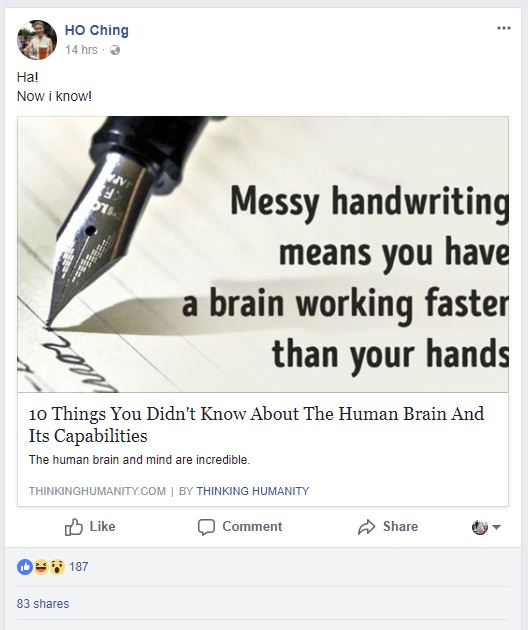