A whole slice of cheese teasing us with its sexy overhanging triangles.

These days, the Filet-O-Fish is served with a much smaller slice of cheese -- for those who have noticed.

According to this photo shared on Reddit Singapore previously, the cheese has shrunk by about 50 percent:

"Cheese for the box, not for the burger."

Never mind that the cheese wasn't even in the burger.

Because it clearly shows that there was only one-third of a slice of cheese.

And no, the cheese wasn't meant to be served on the side:

How Filet-O-Fish is assembled

Well, how did the burger even get that way, with cheese on the side?

It can be explained by how they are assembled: Put together while in the box for efficiency.

This is according to someone who worked at McDonald's before and knows the process of assembling burgers that are delicate when freshly made, which may explain why the food looks a bit haphazard sometimes when they get served to customers:

As to why the Filet-O-Fish only has half or one-third a slice of cheese?

But this Triple Decker sandwich from McCafe is quite inexcusable: 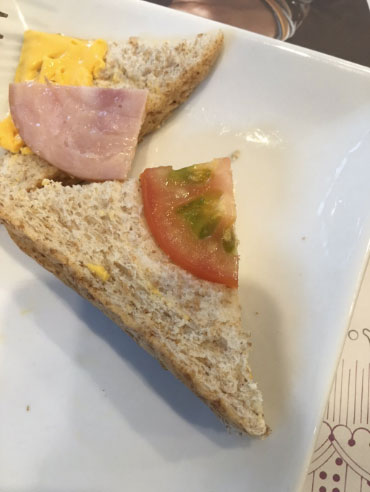 Pretty sure there is no such thing as the Double Triple Decker on the menu. Sigh.