Important news for children and adults regarding public transport this March 2018.

All 35 East West Line (EWL) stations will have operational hours shortened in March 2018. 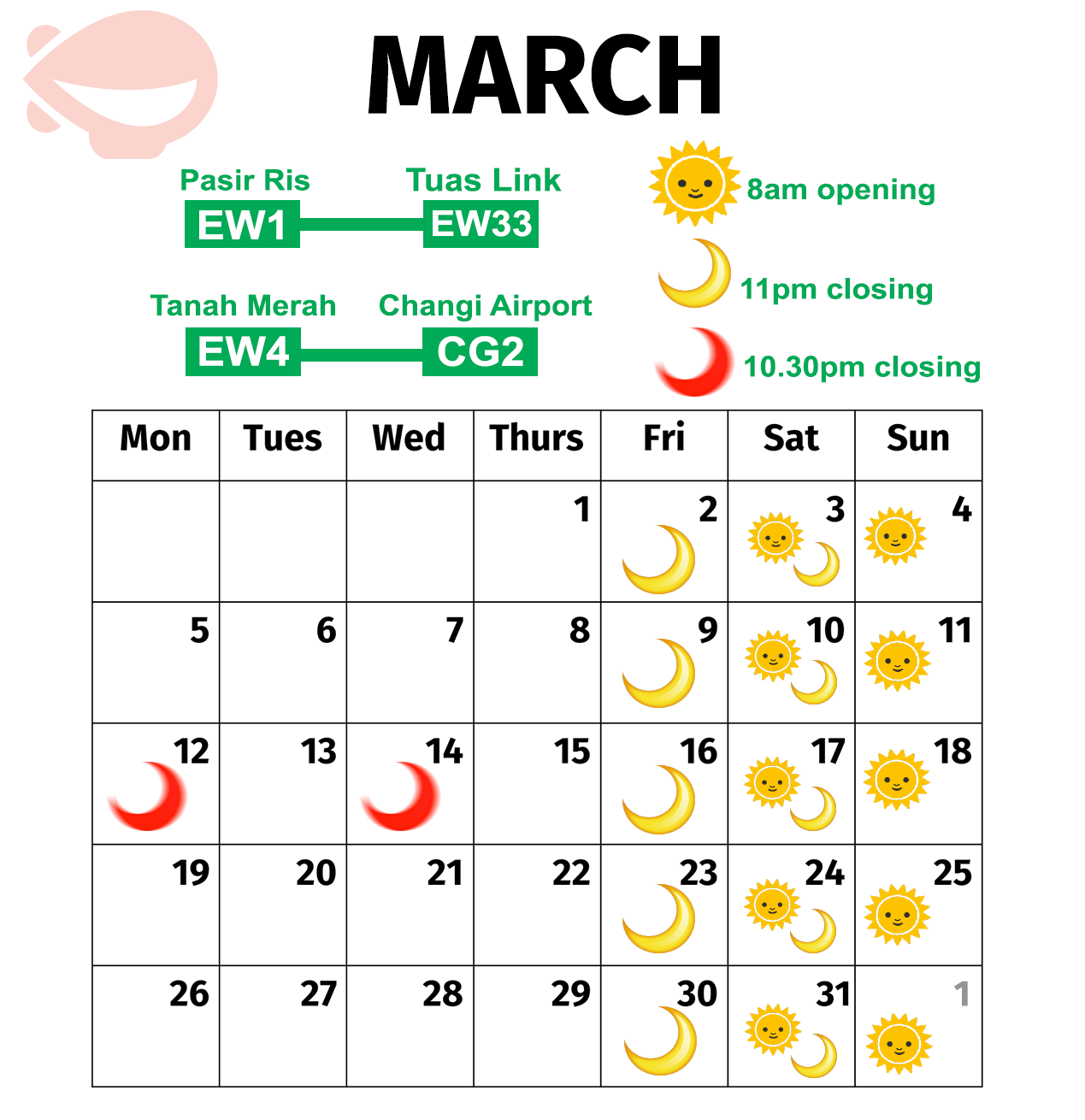 Two days during the week-long March school holidays -- Monday, March 12 and Wednesday March 14 -- will see the entire EWL shut down at 10.30pm.

Previously, shortened operational hours were only carried out over Fridays and weekends for some stretches of the EWL and the North-South Line (NSL).

Services to start at 8am

In March 2018, all 35 EWL stations will start services later at 8am every weekend until the first Sunday of April.

These stations will close at 11pm every Friday and Saturday during this period.

However, there will be no full-day shutdowns on the EWL in February and March.

Stretches of the EWL and NSL were fully shut on two Sundays in December.