A Pulau Ubin farmer has put up an appeal on Facebook to help locate his big, black cock.

The rooster -- named Marilyn, after Marilyn Manson -- has gone missing from the Pulau Ketam fish farm that lies south of Pulau Ubin.

It is requesting for Ubin visitors to help keep a lookout for this missing rooster. Its owner, Shannon Lim, described the missing fowl as weighing 5kg and standing at about two feet tall, with a full body of black feathers.

Here is his appeal in full:

Hey guys. I run a few farms on the south side of Ubin and ketam. Recently, Marilyn, our big black, 5kg, 2ft tall rooster went missing from the Pulau Ketam farm.

He can’t fly more than a few feet and it’s unlikely he swam the 200m to shore for no reason.

We don’t have dogs and there’s no signs of predation. The neighbours beagle mixes are still happily swimming about, so crocs are unlikely.

We’d really appreciate it if the birders could keep a lookout the biggest ¥]+|!]ing rooster ever. He’s either running around the jungle or a particularly large eagle is going to be eating his body for the next few days. Keep an eye out for large black feathers on your Ubin treks. Send pictures via whatsapp to 9862 7310.

Regardless, we’d really like to know what happened to our boy ?.

Could have wandered off

Lim, whose farm is called OnHand Agrarian, believes the rooster might have wandered off onto the main Ubin island.

According to the clarifications made in the comment section of the post, Marilyn is unlikely to have drowned as it can swim the 200-metre distance to get to the next shore on Ubin.

There has also been no sign of predators on the farm so far.

Lim also claims Marilyn is a gentle giant who happens to be a hit with the ladies, but can get aggressive when provoked. 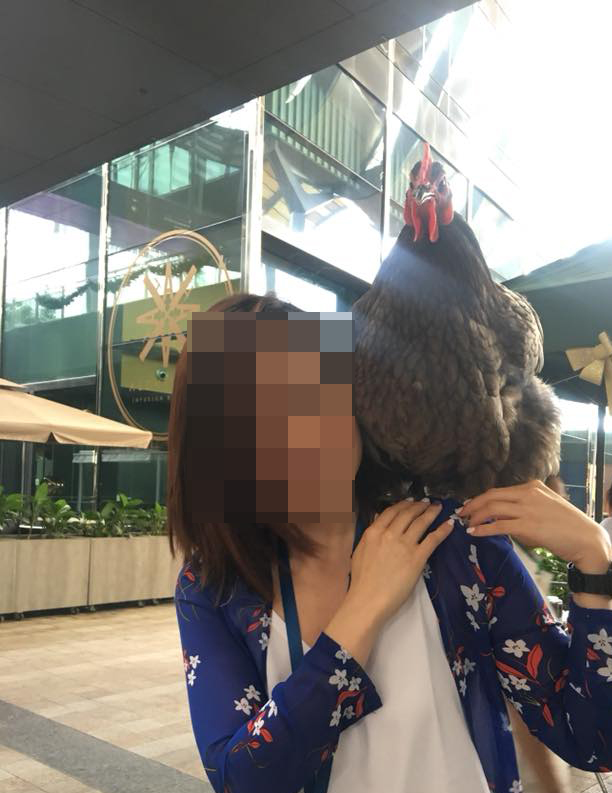 It was also revealed that Marilyn recently fathered a chick: 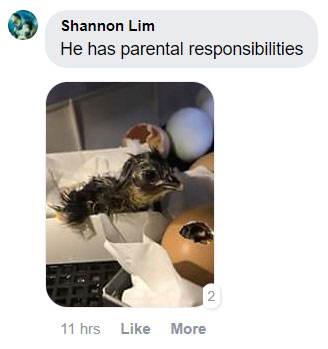 In what must be a cruel twist of fate, Marilyn's chicks hatched on the day he disappeared.

In response to Mothership.sg queries, Lim said these chicks are currently being "taken care" of by his dogs.

Lim said the dogs are "having trouble explaining their father's disappearance".

The worst case scenario is that Marilyn has been eaten by a crocodile: 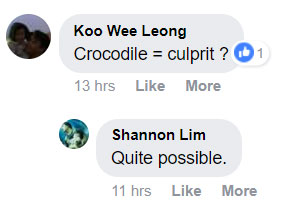 If you happen to be trekking through Pulau Ubin, please help Lim keep a lookout for his big black rooster. Marilyn's chicks would like their father back.

It's admittedly hard, but let's give the man a helping hand by reuniting him with his bird.

After all, a cock in hand is worth two in the bush.