The stadium went quiet with tense anticipation, the hushed hopes of a small group of Singaporeans in the stands pinned on the shoulders of a slim girl in a red singlet, black tights and compression sleeves, hair bundled up in a rough bun.

It was time. Starting with small gallops, Michelle Sng took off into long strides and leaped — her body arching and for the briefest, and tensest, of moments suspended mid-air over the horizontal height bar.

The height she cleared: 1.83m. A joint-gold with Vietnam that would be followed by a change of decision, a jump-off that the 30-year-old ended up losing, and organisers Malaysia eventually reverting to their original result that restored it.

Now if you follow sports in Singapore, you’ll know that gold medals for Singapore in track and field events are few and far between — at the 2015 SEA Games, Singapore’s athletes came away with just three, while this year, we would end the Games with only two.

Narrowing that to high jump will make it even rarer — our first high jump gold at the SEA Games was clinched by epic pentathloner Cheong Wai Hing in the 1965 SEAP (P stands for Peninsular, the original name for the biennial event) Games, while Noor Azhar Hamid got our second one in 1973.

With all this in mind, sitting down with us and reliving the significance of that day hit home once again for Sng, who shared that Kuala Lumpur’s Bukit Jalil Stadium has become quite an emotional competition field for her personally — being the place where she took the historic gold, and also where she called it quits.

We met with the affable, down-to-earth Sng at a quiet café nestled within Kallang Leisure Park, a stone’s toss from her training venue at the Kallang Practice Track.

And as we listened to her story, we knew this was a young woman who was not going to let her achievement, impressive as it is, get to her head or decisively constitute her peak.

It started with an injury

Sng’s talent was unearthed in Secondary 1, when she managed to break her school’s high jump record at a school sports day — something she attained despite having never participated in the sport before.

And before she knew it, she was competing in her first national schools meet. At 13, she was already hungry for victory:

“I remember asking around: Who’s been winning all these years? I told myself…I’m going to beat this girl this year.”

She did it, and clinched gold at the national level too. Sng’s talent was prodigiously clear.

But her journey as a high jumper was not smooth-sailing.

Despite her passion and commitment to excel, her body was unable to keep up with the demands of her training.

Sng said she suffered a painful stress fracture to her left shin in 2007, which ended up taking a physical and psychological toll on her that she didn’t expect.

She went for surgery the following year, but things did not improve:

“Psychologically, I couldn’t recover from the pain… I was very heavily medicated on painkillers. I was losing a lot of weight.”

Yet more struggles ahead

But of course, as any athlete, dancer, gymnast or sportsperson would know, returning to competitive or professional training after even a short spell out of action is almost tougher than their initial journey up to where they stopped. And for Sng, it was hell.

“I cried a lot the first couple of months… It’s very mentally exhausting and you get frustrated when you don’t do it right.”

She knew she was no longer the youngest, nor would she be the most experienced, or perhaps not the strongest — all she had was hope, really:

“You train really hard, [but] you may not do very well. And even so, there are only so many podium spots… But you keep doing it because of the hope that you will make it there and that’s what keeps us (athletes) going.”

There was also the very real dilemma that only hit her now that she was on the cusp of her 30s — her limited remaining years to get married and have children:

“At 20, you don’t think about such things. But at 30… I could either have a kid, come back, or drag out for however long I can in the sport before having a kid…. (The former) has been done by a lot of women, but it’s really really hard. I don’t know if I can do it.”

Yet, she doesn’t see her rigorous training schedule as something she had to sacrifice other aspects of her life for:

“I don’t feel like I’m giving up something. The word sacrifice has a negative connotation… I think it’s more of making choices and seeing them through.” 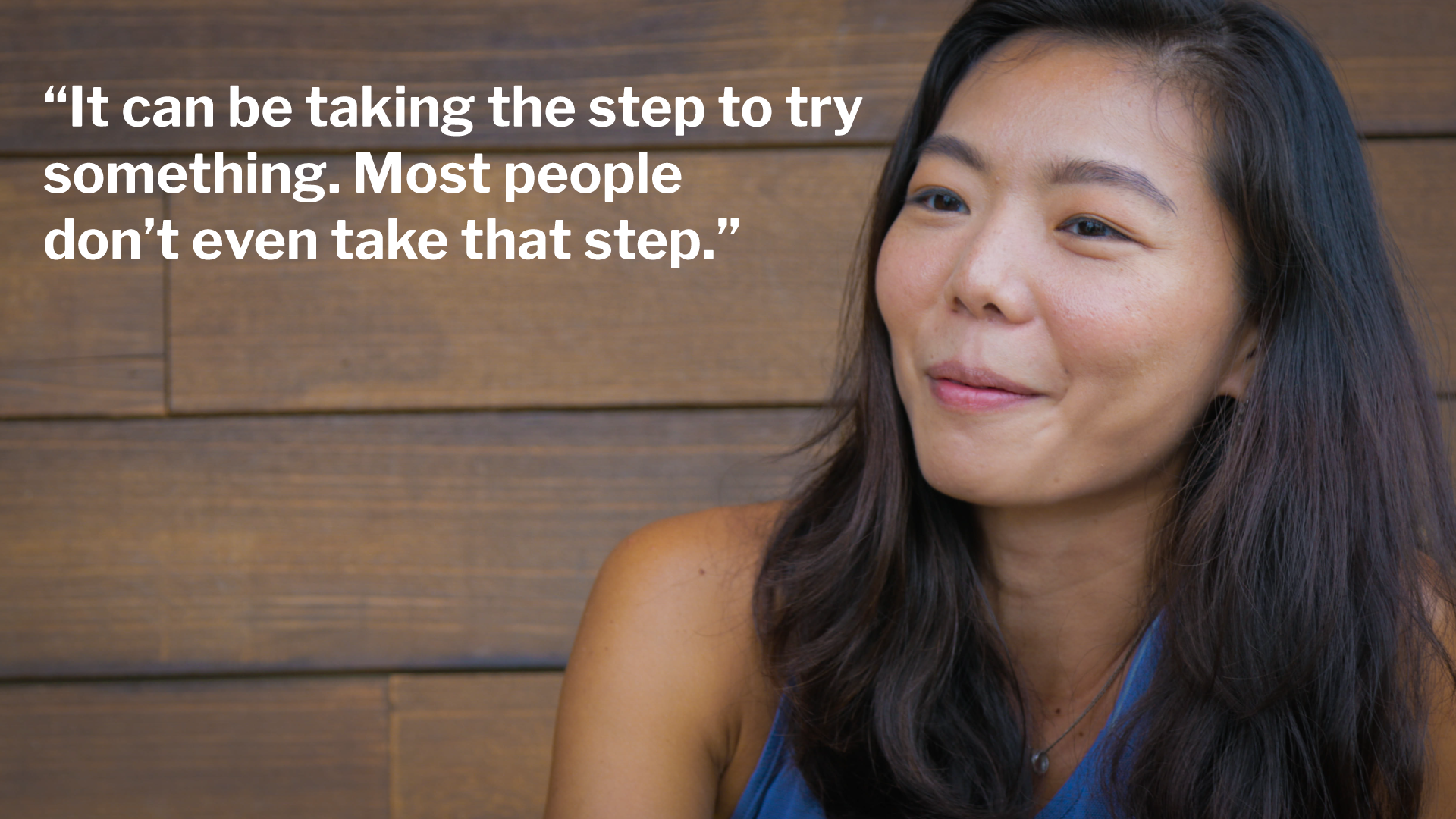 And interestingly, that drive and competitive spirit that pushed her to re-enter competitive training wasn’t what prevailed when she eventually arrived in KL in August.

She started training again, initially on a recreational basis, but quickly came to recognise what she innately knew all along: she could not do this and not push herself to her limit.

“I was just very happy to be there. I feel like I’ve come full circle and I’m at peace with myself. It didn’t matter what the medal colour was. I really enjoyed the competition and reminded me of how much I loved the sport.”

In that vein, Sng has also sanguinely come to terms with the possibility that this might be her first and last SEA Games gold medal:

“I see 2017 SEA Games as a closure to a chapter of my life. It would obviously be great if I could win again but I think I’d be able to come to terms with not getting the gold… I reckon I’d still be a big part of the sporting community. I mean I’d like to be. The sport has given me so much and I’d like to give back.”

The current challenge Sng faces is to get Singaporeans to recognise high jump, and to support other jumpers in the high jump community.

With two others two years ago, she started Singapore High Jump, an unofficial group for the sport here, to support future generations of jumpers.

“You know, you see the sprinters all the time, and everything is a bit more flashy? We were trying to promote the event, and show others that high jump is not that quiet…

It’s nice to be recognised… (especially because) It’s an individual sport, so I thought it would be good for everyone to get together and be a bit closer.”

Sng bubbles with excitement rattling off a range of the group’s current activities, which include holding their own competitions, sending out newsletters and making videos to promote the sport and their events.

And over time, her activity and leadership in the sport here has unofficially endowed her with the endearing title of Singapore’s “high jump mama” — a title she laughingly embraces with the self-imposed duty of nurturing our next generation of jumpers.

“Track and field has so many events. It’s not easy for the association to track everyone. Instead of waiting for them to do something, I’m just going to do it myself.”

And her commitment to this goal goes far and high — she meticulously keeps a database of all the high jumpers’ competition results and creates rankings for age categories to track the progress of rising stars, for instance.

She even sends individual athletes text messages to check in on them when they enter competitions.

But it’s perhaps her advice to aspiring young athletes that reveals how much she has grown, and how far she has come — perhaps the most inspiring thing about her story:

“It’s going to be hard, but then it’s going to be worth it. There is no shame in trying. Victory doesn’t just mean standing on the podium. It can be taking the step to try something. Most people don’t even take that step.”

This story is part of Bravely Go - a seven-part series, developed in partnership with GIC, that highlights inspiring S'porean women who overcame challenges and contributed to their causes and communities. By doing the right things well, they have touched the lives of many. It is this spirit of boldness and courage that propelled Goh Keng Swee to create GIC, the world’s first non-commodity-based sovereign wealth fund, and continues to inspire GIC today. Best viewed on its microsite here