A section of the Marina Coastal Expressway (MCE) was shut down on Tuesday night, Jan. 16, 2018 for two hours because of a burst pipe. The incident took place from about 9.10pm until 11.25pm, when the affected section of the tunnel re-opened.

The Land Transport Authority (LTA) said a section of the eastbound tunnel on the MCE between the Central Boulevard exit and the Marina Boulevard entrance was temporarily closed to traffic due to a burst water pipe.

LTA is investigating the cause of the incident.

SBS Transit bus service 30 was affected due to a road closure.

MCE under the seabed 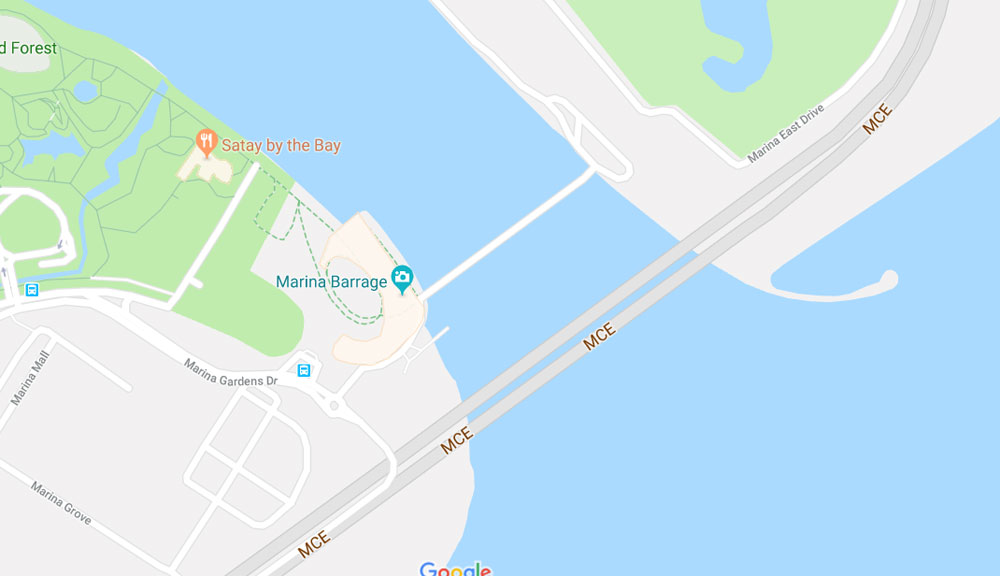 Any sort of water breaching into the MCE is scary.

This is so as the expressway comprises a 3.5km underground tunnel, which includes a 420-metre stretch that travels under the seabed, 150 metres away from the Marina Barrage.

This had posed engineering challenges in the tunnel construction as large amounts of water were let out from the barrage from time to time.

At its deepest point, the expressway lies about 20 metres under the seabed.

The 5-km MCE is Singapore's most expensive expressway.

In April 2009, LTA revealed that it has awarded about S$4.1 billion worth of contracts, much more than the initial estimate of S$2.5 billion.

The construction of the MCE also required undersea dredging. More than 22 hectares of land was reclaimed to build the MCE.

In contrast, the Kallang-Paya Lebar Expressway (KPE), which is 12km and has portions running under canals and rivers, cost only S$1.74 billion.