This number could possibly be higher these days given this figure was from 2012.

A majority of these workers are blue-collared.

Thousands of them brave the congested checkpoints daily just to earn a living in Singapore.

Many take up jobs offering salaries Singaporeans shun. And many are faceless.

Worked in Singapore for 27 years

One such Malaysian is Ah Hao (pictured above), who has worked in Singapore for almost three decades.

He said many Malaysians are motivated to work in Singapore because the salary is better.

He has worked as a shipyard worker in Jurong for the past 27 years, but was retrenched in February 2017.

After job hunting around Jurong East, he found work as a shop assistant for a store selling cheap goods.

“Like many other fellow Malaysians, especially those from Johor Bahru, I came to work in Singapore for the sake of three meals,” Ah Hao said as a matter-of-fact.

“I came because of 1 to 3,” Ah Hao explained in Mandarin that the draw of working in Singapore is the S$1 to RM$3 exchange rate.

“So what is the price we have to pay? It is our health,” Ah Hao lamented, citing lack of sleep and exhaustion as the consequences he faces. Ah Hao said the daily commute from Malaysia to Singapore and back takes a total of five to six hours, depending on the traffic.

Starting his day at 5am, he has to travel from his house to the JB Checkpoint. After crossing the border, he has to pass through the Woodlands Checkpoint and then take a bus and train to work in Jurong East.

This is a luxury compared to his previous job as a shipyard worker where he had to leave home at 2am to make it in time for work at 7am in the shipyard.

The 48-year-old said he just slept a meagre three hours a day for those 27 years.

He revealed that the work itself is not the most tiring part, but it is the long daily commute which is the most exhausting.

Ah Hao said he is not alone. His story is a common one among many fellow Malaysians.

He recounted an incident where a 42-year-old friend from JB dropped dead one day before he could even finish his dinner, apparently out of pure fatigue accumulated over the years.

Other casualties he has heard of are the frequent motorcycle accidents that occur when Malaysians make the arduous journey back and forth between the two countries.

Some of the casualties are young. They get involved in crashes when the road conditions become slippery during and after downpours.

Ah Hao said: “I knew an uncle who died in a motorbike crash just slightly before he decided to retire. He was in his 50s."

This situation has driven some motorcycle riders to resort to sleeping on the grass patches around the Woodlands Checkpoint. Ah Hao used to do that in his younger days but now he catches up on his sleep on buses and trains.

His wife used to work in Singapore too, he said, and she had to get up at 3.30am.

But she has since stopped to look after their three kids. Personal safety is another concern, especially for women who leave home in the wee hours of the morning and return home late at night.

No longer feasible renting a room in Singapore

Malaysians increasingly are opting not to rent a place in Singapore.

"The situation has become less financially sustainable over the last few years", Ah Hao said, judging by his own insights gained from his long experience of working in Singapore.

“When I was here in the 1990s, there were almost no Chinese nationals, Burmese, Filipinos, Bangladeshis or Indian workers. After the PRCs (Chinese nationals) started arriving in droves from the year 2000 onwards, many Malaysians left due to the increase in room rental rates. The Boon Lay area used to be full of Malaysians, now there are not many,” Ah Hao reminisces.

About 15 to 20 years ago, it was possible to rent a room for two for S$350. Now it costs around S$250 to S$280 per person to rent a room. It is also difficult to live with so many roommates of different nationalities.

Moreover, wages have been driven down.

All these made living in Singapore increasingly difficult.

Thus, many Malaysians decided to leave and make the cumbersome daily commute instead.

This, in turn, led to the increase in daily traffic congestion.

Before the year 2000, the highly-congested scenes normally happened on weekends when Malaysians travel back to visit their families.

Living expenses are also getting higher in Malaysia. A plate of rice or noodles cost around RM$5 to RM$6.

He emphasised that Singaporeans are far luckier than Malaysians in almost every other way, especially Singapore's convenient transportation system and secure living environment.

“Life is hard. Really sometimes I just do not feel like getting up, especially when it rains. I work even when I am sick. Can you see my panda eyes?” Ah Hao joked.

Ah Hao quit his job at the Jurong East shop a short while after this interview was conducted.

The shop he was working at closed down. 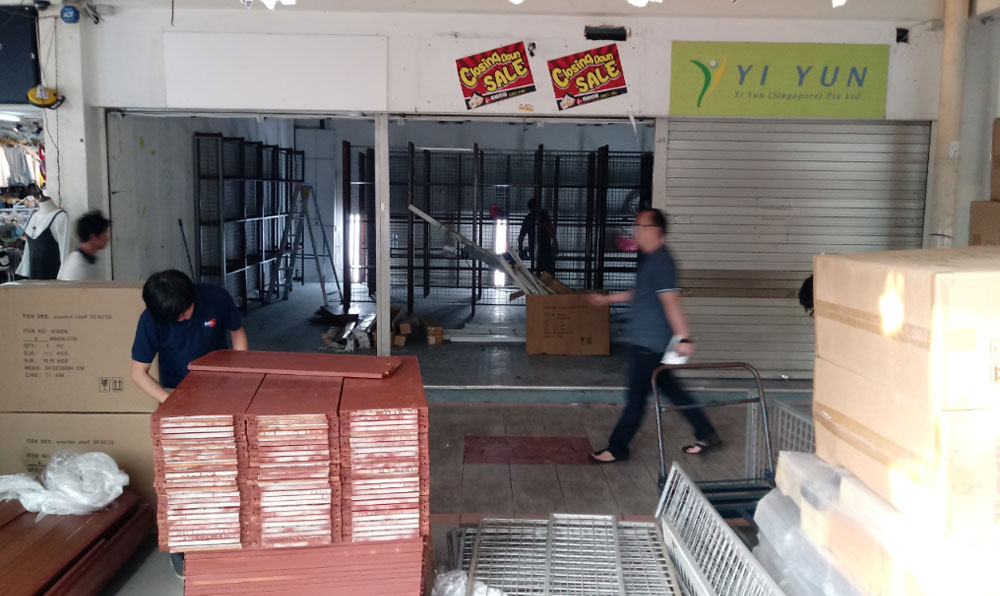