A veteran Singaporean photographer has called out the irresponsible antics of the social media-addled, photo-taking hobbyists on Instagram who would go to any lengths to get noticed.

Darren Soh, 41, is a renowned local architecture and landscape photographer from Singapore, whose works have been published internationally.

He put up a post on Dec. 6 castigating the reckless behaviour of the younger generation posers-photo-takers, who trespass and unlawfully scale skyscrapers to dangle off the edges, in a bid to gain likes on Instagram in a dangerous game of one-upmanship.

Soh's objection is that these antics will make it tougher for legitimate photographers who need to gain access to such buildings in the future to carry out their work.

I usually leave the hipster instagrammers to their own devices and just acknowledge that while we all use photography, we are very different animals.

However, a line has to be drawn on what is acceptable, and THIS isn't.

fiery274 - he probably thinks he has some balls to be pulling off a stunt like this, putting his friend and himself in harm's way to show with photographic proof that yes, somehow he managed to trespass into Marina ONE and dangle his friend off the East Tower's High Rise Lift Shaft Building Maintenance Unit's roof rails.

Unfortunately for him (and fortunately for whoever may want to track him down) he also decided to use his real name in his Instagram contact, so unless there is more than one Nicholas Ling Wei Sheng, he might just be the same Nicholas Ling Wei Sheng from the class of 2015, Diploma in Biomedical Science, Singapore Polytechnic, who just won himself a Healthcare scholarship to further his studies.

Because of some desire to up each other on this stupid game of trespassing into private property and dangling a pair of legs off the edge, people like him make life difficult for working photographers like myself, who happen to have to deal with the same security personnel he played cat and mouse with. Some day, someone is going to fall off a very tall building.

Must we wait till then for people to wake up?

By 1am on Dec. 7, 10 photos showcasing shots atop skyscrapers overlooking the Singapore cityscape were removed from the Instagram account being called out. 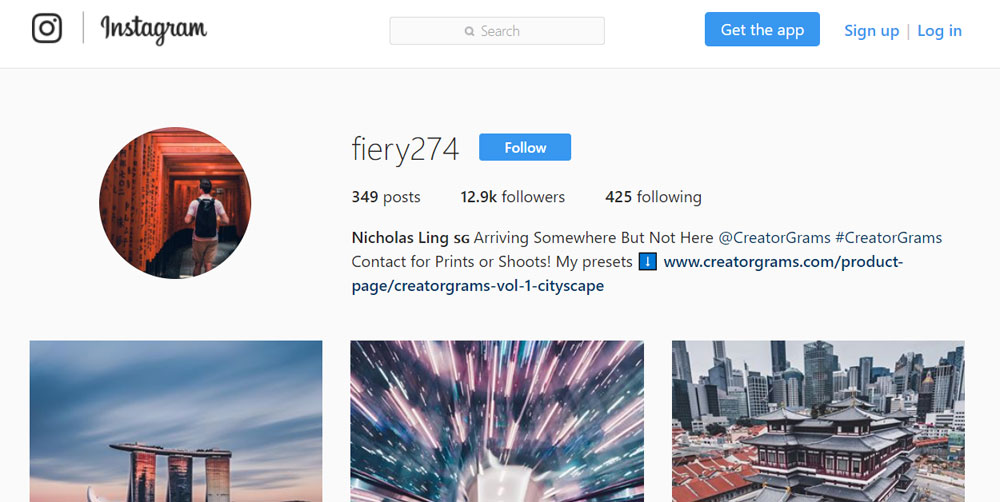 Daredevil stunts not new in Singapore

In January 2013, a Russian man came to Singapore to illegally climb atop buildings here.

He said in his blog post then that he knew what he did was breaking the law but he went ahead and did it anyways.

Scaling the roof of a private property in Singapore can be considered wilful trespass.

In September 2017, youths practising parkour in Simei had the police called on them after videos of their stunts were posted online.