Bangkok is going to be cool.

Weather agencies were reporting that morning temperatures of 14° to 17° Celsius will greet the Thai capital between Dec. 19 and 21.

The Bangkok Post on Dec. 16 quoted the Meteorological Department as saying that "a strong high pressure system had moved into the northeast" of the country, and this would extend across Thailand's northern, central and eastern regions. 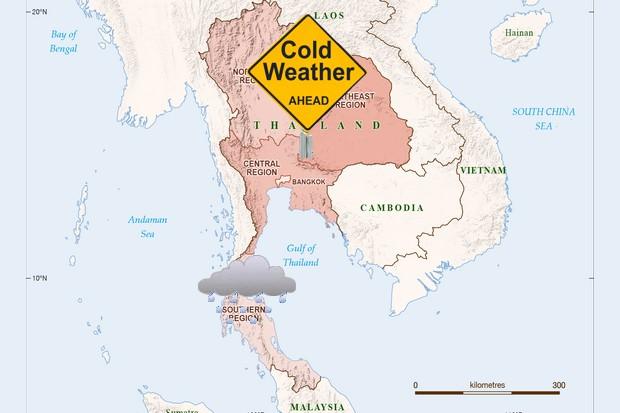 Temperatures across northern Thailand, including Bangkok, will initially drop by 6° to 8° Celsius.

With another wave of high pressure from China descending on northern Thailand, temperature will fall by another 2° to 3° Celsius during the mid-week.

Mornings will be coldest as temperatures could fall to 14° Celsius, with highs of 25° to 26° Celsius in the day.

Temperatures in the country's Nan province are set to fall to as low as 5° Celsius over the coming days.