Imagine this: It’s 5am and you’re cycling along Changi Coastal Road by yourself, and minding your own business. Suddenly, two dogs appear out of nowhere and start giving chase. Like any normal person, you start to speed up hoping to outrun them.

Next thing you know you’ve fallen on the road, banged up and bleeding. Two cars pass you by without stopping to help. You count your lucky stars nothing’s broken, but what if things were way worse?

That was Grace Chen’s experience. While most of us would dust off our knees, apply some bandages, shake our fists at the heavens for our bad luck and get on with life as per normal, Grace decided that solo cyclists could do with more help.

That’s how she came up with the idea of Flock, a mobile app that would allow cyclists to locate each other on the road. 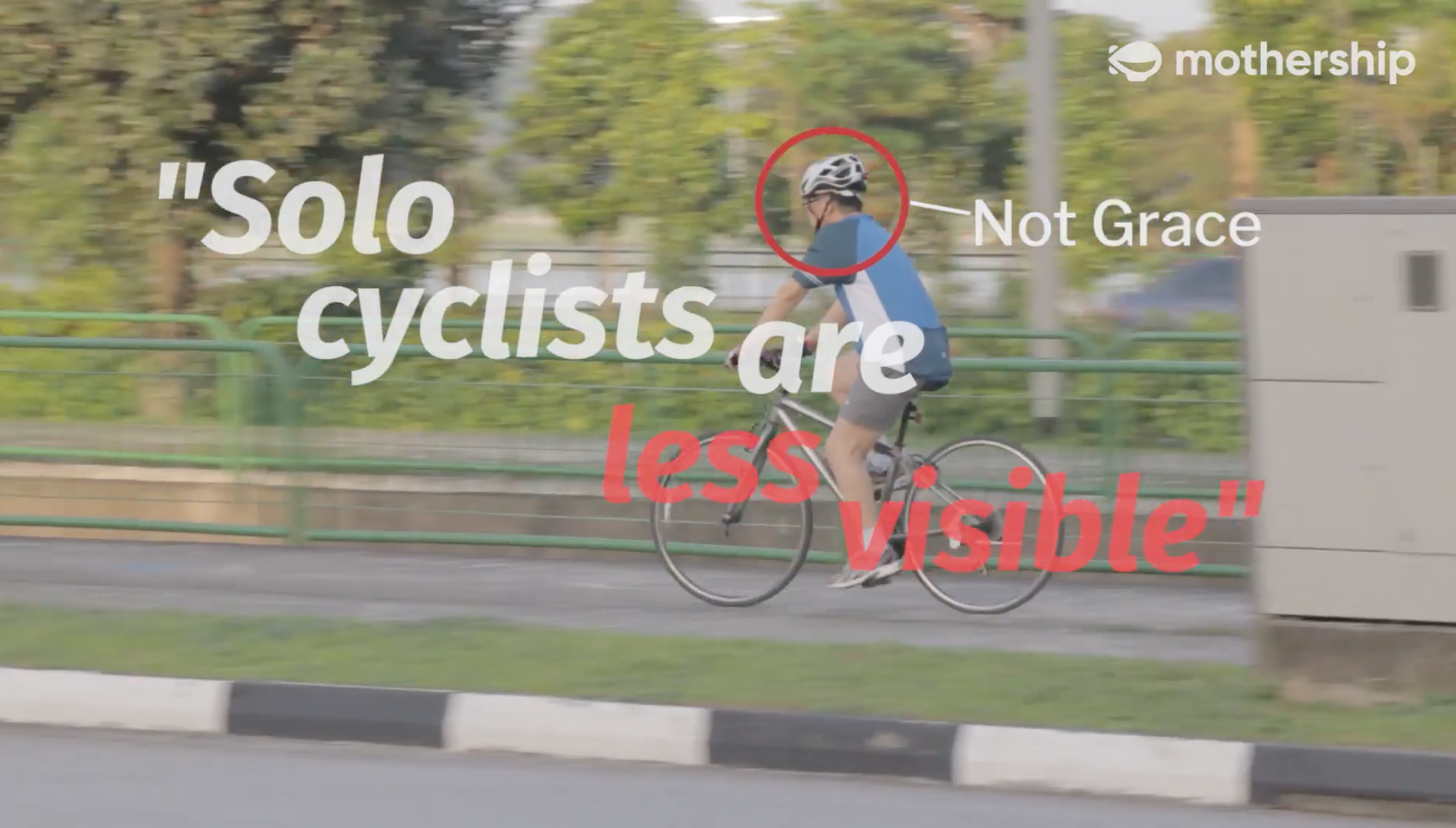 “Solo cyclists are less visible on the road and hence they are more vulnerable to danger,” she explains.

With the Flock app, solo cyclists on the road can locate each other and form, well, a “flock” of cyclists that greatly increases their visibility. You’re more likely to give a wide berth to a group of cyclists as opposed to just one cyclist too.

While most people would just let ideas die inside their head due to a lack of expertise, funding, or both, that wasn’t the case for Grace.

She believed so strongly in the need to make cycling on the road safer for everyone that she took her idea to Startup Weekend, a 54-hour hackathon held in partnership with GIC, where she met 250 other aspiring entrepreneurs.

As part of the hackathon, each participant was invited to give a 60-second pitch of their idea to other participants. Grace’s conviction to the need for the existence of an app such as Flock must have shone through; other hackathon participants formed a team around her to help her execute her idea. And all that  for an idea which main aim is to help people stay safe, and not about profits, mind you.

Are you interested in helping Grace and her team make Flock a reality?

Watch this video to learn more about Flock and Grace:

Matching Dreamers is a video series collaboration between Mothership.sg and GIC where we highlight individuals and teams who have courage and the entrepreneurial spirit, and help aspiring entrepreneurs find other like-minded dreamers.