Be prepared to say "bello".

Of course, what is Minions Cafe without minion-looking dishes?

Visitors can expect 14 minion-themed food and beverage items, such as the Minion Great Escape Stew.

For desserts, you can settle with a pan of S'mores & Minions Ice Cream.

If you need something to quench your thirst, there is also the Be Bad! Cafe Latte.

If you're lucky, you can be greeted by the minions themselves. 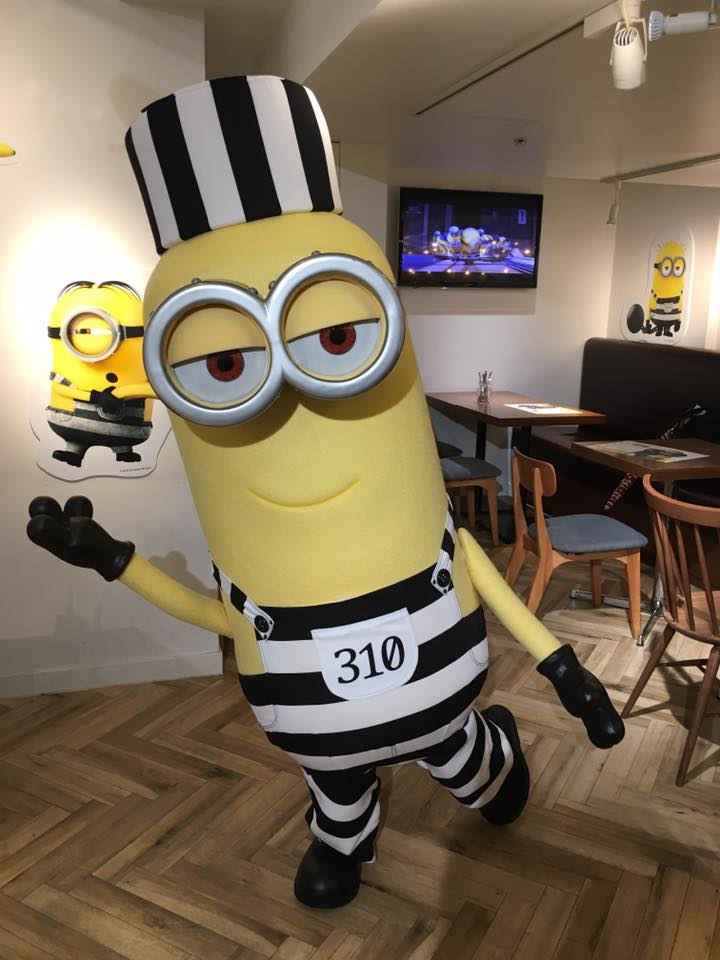 Like any other novelty cafes, long queues are anticipated.

So if you're too impatient to jump on the minion bandwagon, you can try your luck at other themed cafes in Singapore such as the Miffy pop-up cafe:

Or a Cartoon Network-themed eatery in collaboration with The Soup Spoon.

No matter where you go, just be prepared to fork out a lot of money for such novelty food.

First outside of Japan

Singapore is the first country to have the pop-up cafe outside of Japan.

It is managed by Japanese eatery The Guest cafe & diner, the same people who brought last year's Pokemon Cafe to Bugis Junction.

In July and September 2017, the Minions Cafe operated as the “The Despicable Me 3 Cafe” in Japan at five The Guest cafe & diner outlets located in Tokyo, Osaka, Nagoya, Sapporo and Fukuoka.