Update, Nov. 23, 6.15pm: This story has been updated to include comments from the shop owner.

A woman was caught on surveillance camera allegedly taking PlayStation 4 game discs without paying while a young boy was by her side.

The incident occurred at a third-storey games retailer at Hougang Mall on Thursday, Nov. 16, at around 7pm.

A video of the incident was shared on Facebook but has since been removed.

It showed the boy just beside the woman browsing the shelves, while the woman looked around her surroundings before she pocketed at least two games by putting them in her bags.

The woman and boy left the shop shortly.

The original report on the aftermath of the incident was reported in Lianhe Zaobao.

The Chinese newspaper interviewed a 38-year-old man named Sim, who claimed to be a friend of the shop owner.

According to Sim, the shop owner put the video of the incident on Facebook in an attempt to track her down.

Other users in Sim's Facebook circle recognised the woman, which was how he subsequently managed to get in touch with her.

"After I contacted the woman on Facebook, she sent me a photo of a receipt at around 1pm the following day (Nov. 17), showing that she paid for the items via fund transfer. However, she denied she committed theft, asked me to mind what I said, and asked the police to declare her innocence."

Sim said he cannot tolerate what the woman did, and subsequently reported the matter to the police.

The police are currently investigating.

Zaobao said the woman looked to be in her 30s and the child is about six years old.

Shop owner said he did not make police report

However, in response to Mothership.sg queries, the shop owner, Desmond Phang, 36, said he did not make any police report as he did not want to pursue the matter.

According to Phang, he got in touch with the woman and she promptly paid on the same day at 11.30pm via a fund transfer.

He proceeded to issue her an invoice the next day at 1pm and assured her that he will let the matter rest.

Phang said he does not know who Sim is or why Zaobao quoted that person.

He said the police contacted his shop, but he told them he did not want to pursue the matter.

Phang said: "Shop theft is very common in retail shops. I just want them to pay and settle that's all. You make police report also no use."

He also said he checked the CCTV footage in the shop in the first place because he heard the sensor alarm go off.

But as he was attending to customers when the incident happened, he could not react in time. 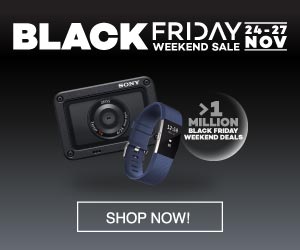