Just two weeks after an e-scooter rider was caught on camera cruising on the Marina Coastal Expressway, another decided it was a good idea to copy his act.

On Sunday, Nov. 26, a second man on an e-scooter was seen riding on the Pan Island Expressway (PIE) towards Changi and this video documenting it was first shared by one Omfami Takraw on Singapore Taxi Driver, a Facebook group page.

As you can see, the rider is not only not wearing a helmet or any protective gear, he is also occupying the second-to-right most lane (straddling the overtaking lane, even) on the expressway, clearly unconcerned by at least one other vehicle honking at him.

E-scooters only allowed on footpaths and cycling/shared paths

If you don't know by now, e-scooters are categorised as Personal Mobility Devices by the Land Transport Authority (LTA). They can only be operated on cycling/shared paths at a maximum speed of 25 km/h, or on footpaths with a speed limit of 15 km/h.

So even entering an expressway, never mind speeding on it, is a definite no-no for this particularly ambitious (or should we say suicidal) e-scooter rider.

But there is a happy ending (or a sad one for the e-scooter rider, that is) to this.

According to a photograph posted by one Roslibinidris Idris, he was stopped by traffic police officers at around 9.48am. 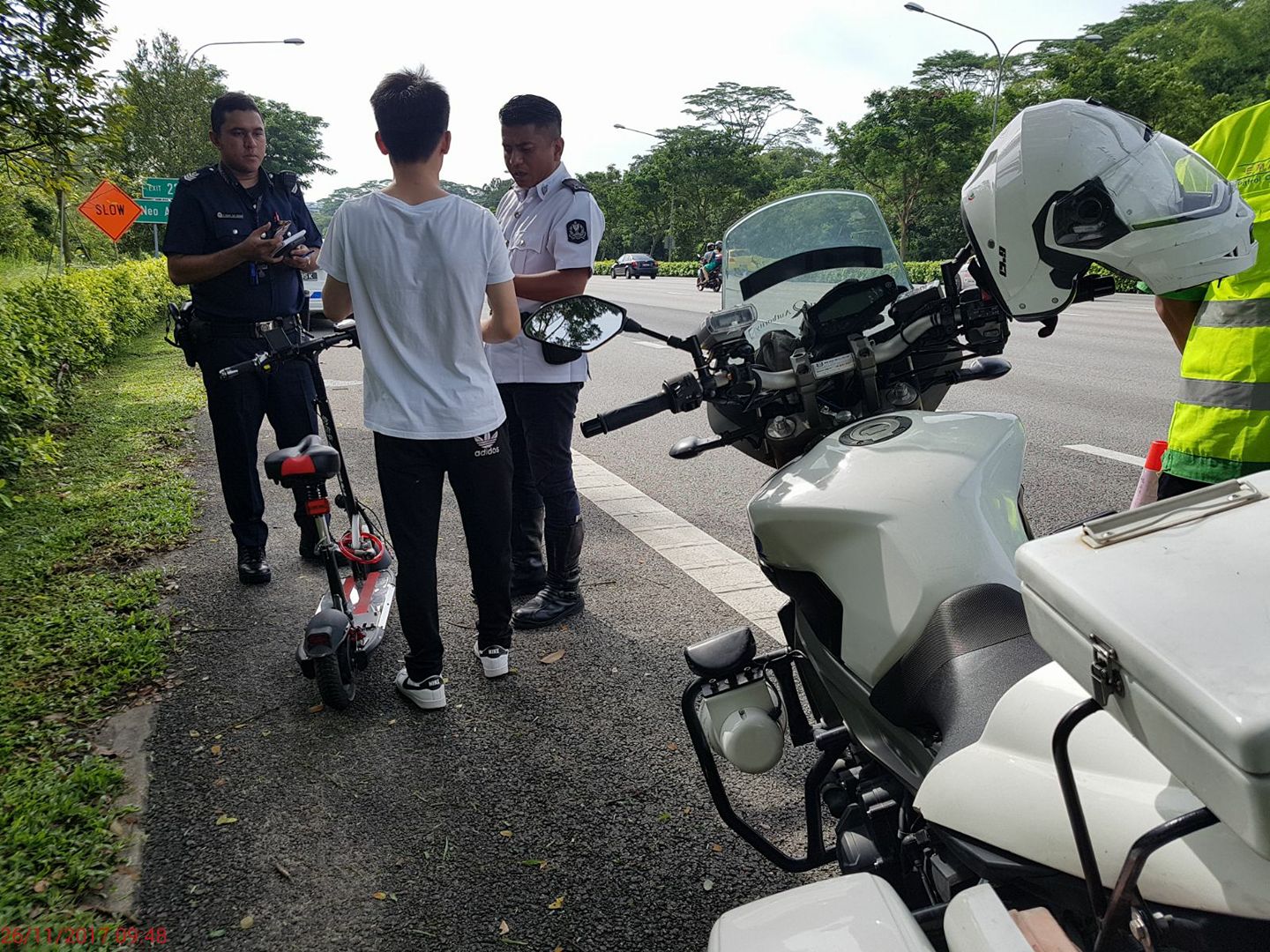 Those caught riding recklessly or causing injury can be fined up to S$5,000, or imprisoned, or both.

Mothership has reached out to the police for more information on the case.