Here's something most folks might generally agree with: if you're a reasonably okay-looking member of the female species, you would have few problems scoring matches on dating apps.

However, one Kelly Lim decided to go all out in this endeavour, coming up with a deck of presentation slides that make the case for swiping right on her profile — to, it seems, great success with the various dating platforms she put them up on. 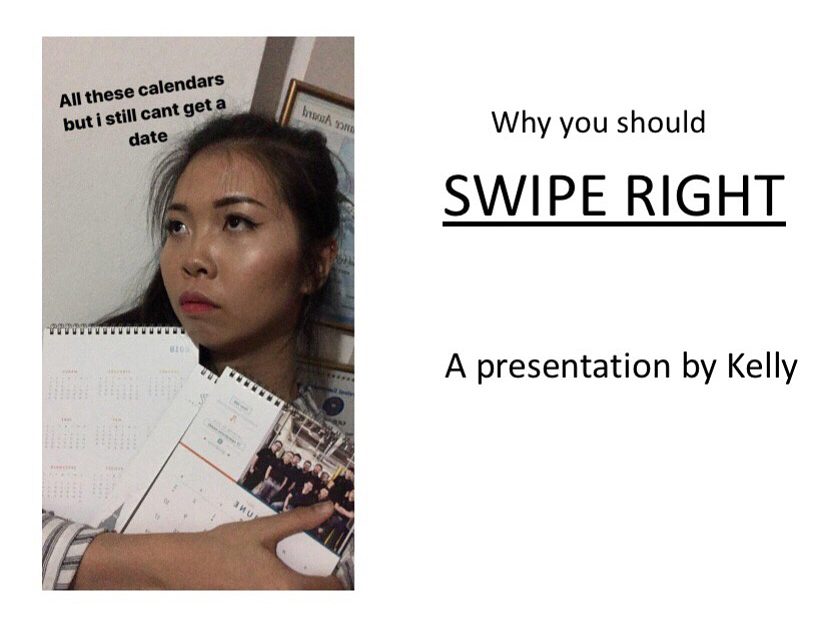 First, background. Lim assures her audience that she's the real deal because of her excellent academic qualifications, family business, and social media fame. 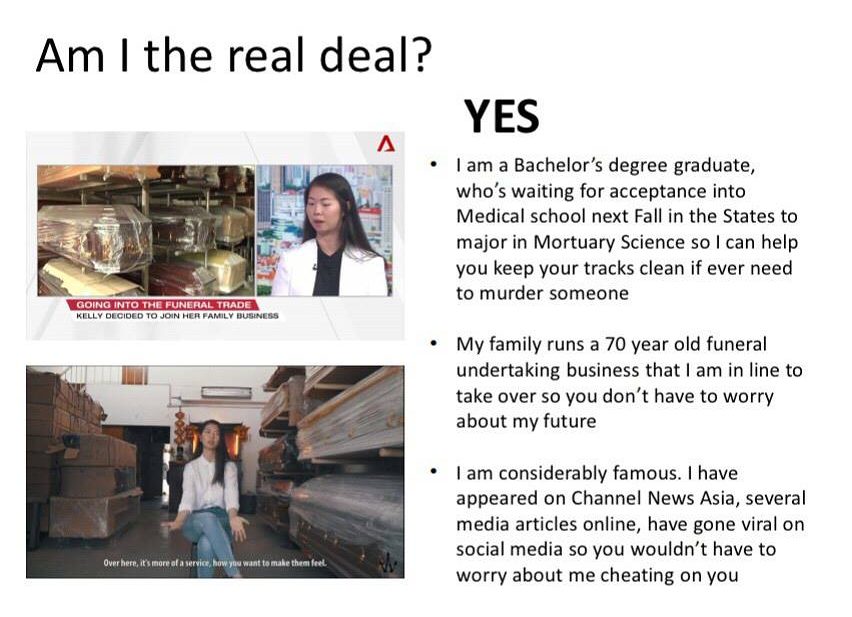 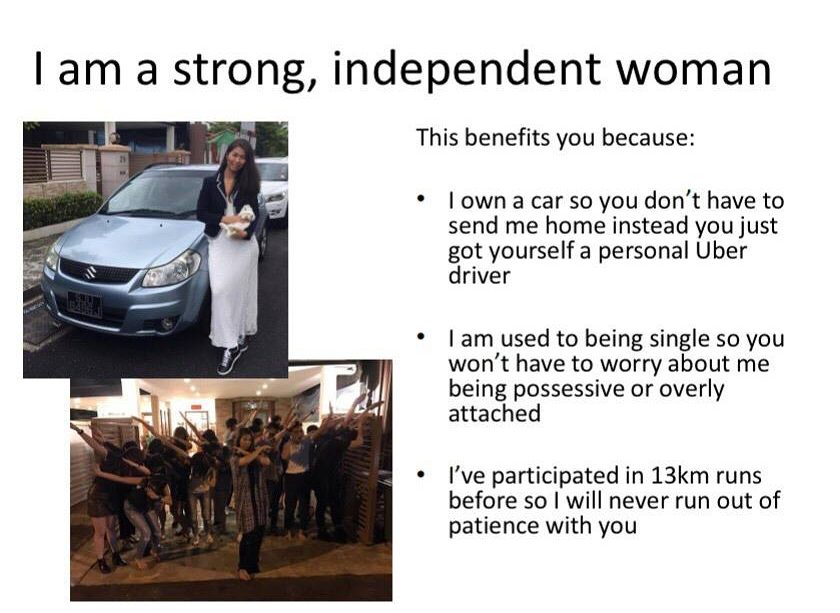 She also promises that her jiu jitsu skills will ensure that she can keep up in bed: 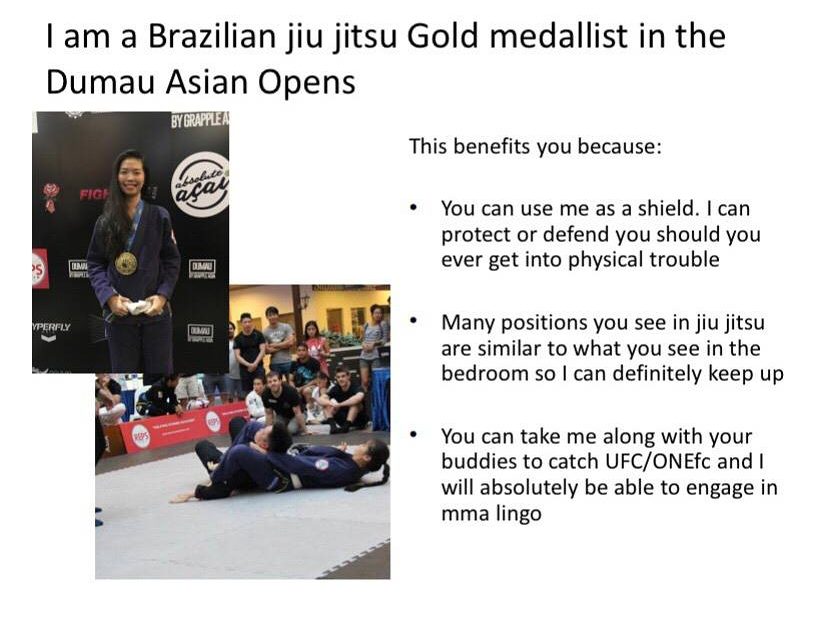 Here, though, Lim is strangely humble; despite the titillating photos of herself, she rates herself as 8/10 only when you're feeling drunk and generous: 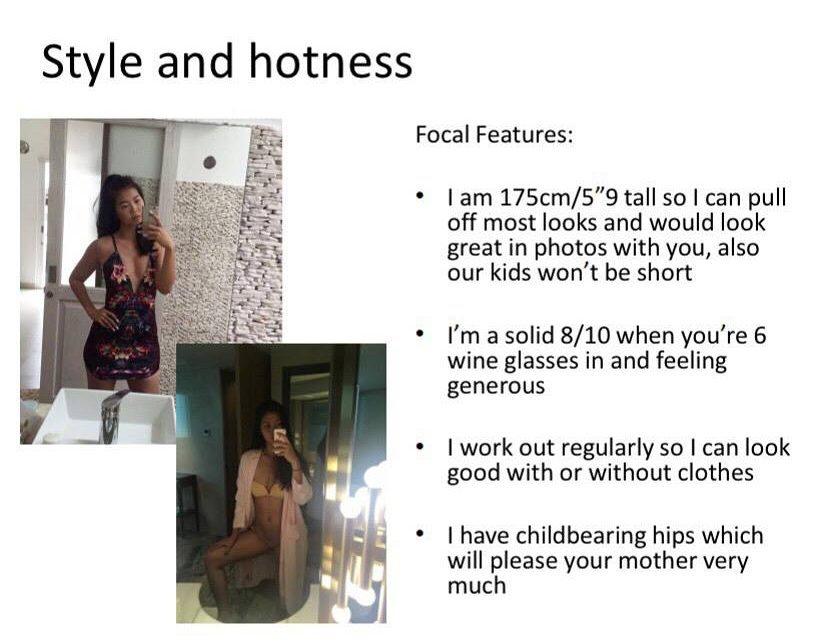 Nonetheless, she manages to put aside her modesty to convey that her body looks good with or without clothes. 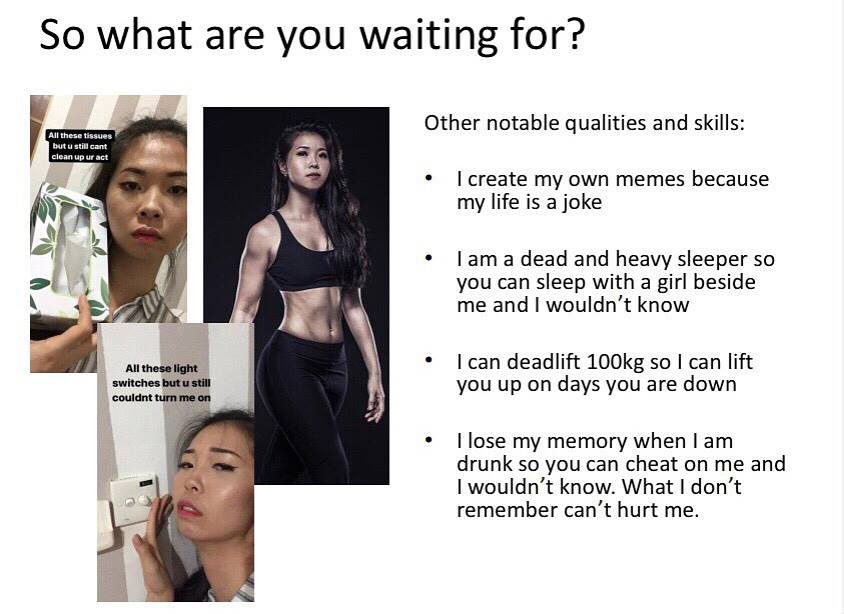 She subsequently updated her Facebook page on several occasions through Monday and Tuesday, citing a "rise of (her) desirability" and her new "extremely sought after" status with screenshots from some of an apparent wave of at least "236" users on OkCupid who contacted her.

To those, we say — well done, we suppose?