Soon, you won't be able to dine at the rooftop of People's Park Complex.

Come Sept 30, local rooftop tapas bar Lepark has announced it will be closing for good.

Reasons beyond their control

Its impending closure comes as a surprise to many patrons but according to a Facebook post on their page on Saturday, they have to move out of the space for "reasons beyond (their) control".

Here's a screenshot of the post as it cannot be embedded:

Whether we will in future get the chance to enjoy the Lepark experience is another question mark, too:

"Where will we go? We have no idea too, many doors are opened, but we want to choose a door that makes sense for all of us – and a safe space that you guys will all wanna call home."

Lepark, a wordplay of the location and the Malay term that roughly translates to "spending time aimlessly", has always been a place that supported and germinated the local arts scene.

They co-organised music events such as Getai Electronica and Getai Ethnica, and even hosted a flea market consisting of over 100 home-grown brands earlier this year.

The food is also heavily influenced by local favourites such as the Milo dinosaur soft serve (S$8). 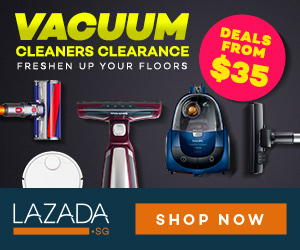 With the sudden demise of the place that gives a local twist to the term "rooftop dining", many were in dismay:

While others are scrambling to plan their next session at Lepark before they close for good:

Sadly, all good things must come to an end.

Until the end of the September, Lepark will be hosting farewell gigs on the weekends.

If you enjoy localised tapas and live bands, don't forget to head over to Lepark! #supportlocal