The Mid-Autumn Festival falls on October 4 this year, and food company Hong Kong Mei Xin has something in store for Marvel fans: a suite of specially designed and created Iron Man and Spider-Man mooncakes.

If this is the first time you've heard of this company, it is one of Hong Kong's most famous food franchises.

It's said to be responsible for the best-selling mooncake brand in Hong Kong for 19 consecutive years, which probably means delicious mooncakes.

What's in the bag?

The Iron Man tin contains green tea flavoured mooncakes with red bean, with the Avengers insignia branded on top of the confectionery: 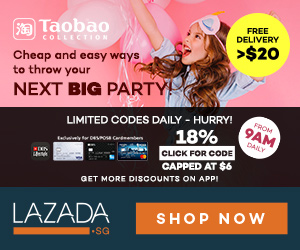 $65 for eight mooncakes, however, might be a little steep for the average Singaporean's budget — but that's probably because of the Marvel branding on the product:

This isn't their first tie-up with famous franchises either; last year they had these Star Wars mooncakes as well:

Pretty cool, but also going for a pretty penny.

Nevertheless, you can purchase these mooncakes here.